Walt Disney (NYSE:DIS) isn't eager to do more than two Marvel movies a year at this point. But if future demand calls for it, Marvel Studios chief Kevin Feige told Badass Digest in an interview that three or even four films a year is possible. Fool contributor Tim Beyers explains the implications in the following video.

To be clear, Feige isn't interested in boosting Marvel's output without good reason to do so. "It's hard enough to deliver two quality, hopefully bar-raising movies a year," Feige said.

He's right to move slowly, Tim says. Marvel movies have brought in nearly $5.65 billion in worldwide grosses while spending $1.38 billion to produce eight movies, a 4x return. Spectacular results when you consider that most films fail to earn the 3x return on budget needed for box office break-even, relying instead of DVD, Blu-ray, on-demand, and merchandise sales to generate profits. 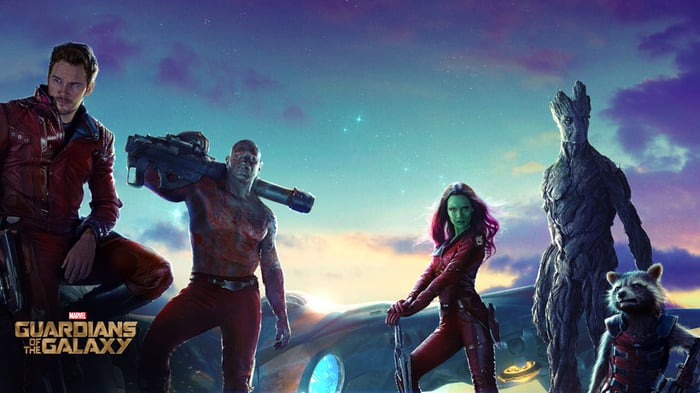 Marvel's next try at building a franchise comes in August with the release of Guardians of the Galaxy. Source: Marvel Entertainment.

So what would entice Feige to get more aggressive? Hits. If new franchise tries such as Guardians of the Galaxy and Ant-Man connect with audiences, then the studio would need to commission more Marvel movies to meet demand.

While that makes sense, Tim says TV offers a second option. Look at what Time Warner (NYSE:TWX) has done with Arrow. The series regularly draws between 2-3 million viewers weekly while introducing new DC Comics characters. The CW is also in the midst of shooting a spin-off, The Flash, starring Grant Gustin as the Fastest Man Alive.

Marvel's Agents of S.H.I.E.L.D. is a comparatively different vehicle, but that doesn't mean TV is off-limits when it comes to expanding the superhero universe. Entirely new series or specials airing on YouTube, Netflix, or ABC could help expand the MCU while reserving the cinema for the larger-than-life Marvel movies worth spending hundreds of millions to produce.