The video game business has been considered a male-oriented business throughout most of its history. Yet in recent years, female gamers -- who now account for 45% of the market, according to the Entertainment Software Association (ESA) -- are becoming increasingly important to the maturing gaming market.

Previous efforts to reach out to girl gamers have often been mocked. Nintendo's (OTC:NTDOY) "Play As You Are" and "Nintendo Girl's Club" ad campaigns, which reached out to young girls with celebrities like Dianna Agron, Sarah Hyland, and Jorgie Porter, have been criticized as superficial and sexist. Offering a new Disney (NYSE: DIS)-themed "Peach Pink" Nintendo 2DS, a GameStop (NYSE: GME) exclusive, didn't do much to silence critics. Sony's (NYSE:SONY) effort to target female gamers with a purple PSP and Hannah Montana games five years ago was also ridiculed.

Is this the right way to win over girl gamers? (Source: Gamestop)

When these publishers specifically target a female audience, they often release games with narrow appeal. For example, Ubisoft's Imagine series for the Nintendo DSi and DS allowed girls to explore virtual careers as fashion designers, dancers, and models in an online world. Mattel (NASDAQ: MAT) released Barbie and Monster High themed games based on their popular dolls.

These games highlight the fact that compartmentalizing gamers by gender and age can be a counterproductive, backwards approach to boosting sales.

Thinking outside the pink glitter-coated box
In recent years, video game companies have finally realized that hit games can appeal equally to both men and women for much deeper reasons.

EA's life simulator The Sims, which has spanned three best-selling titles, was a hit with male and female gamers alike because it allowed gamers to create a custom story every single time in a sandbox environment. The first title, which was released in 2000, represented a radical departure from the first-person shooters and complicated real-time strategy games that dominated the market at the time.

EA's Mass Effect and Dragon Age franchises also gained strong female followings since they allow gamers to assume the role of a custom-built male or female protagonist of various social backgrounds and sexual orientations. These games sent a clear message that the modern video game protagonist had considerably evolved from the testosterone-fueled generic marine or barbarian that dominated the games of the 1990s.

According to a recent Wired article, nearly half of the development team for Animal Crossing: New Leaf, a life simulation game, was female. Not only is Animal Crossing: New Leaf now the fourth best-selling 3DS game with 7.38 million copies sold, but most of its copies were sold to 19- to 24-year-old women during the first three weeks of its release. 56% of customers who had bought the game along with a new 3DS console were female, in a period when 69% of 3DS core users were male. By comparison, approximately 15% of GTA V players and 25% of Call of Duty players are female. 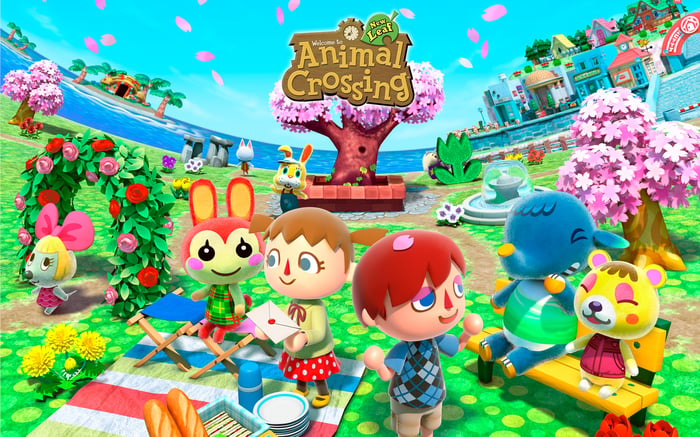 Animal Crossing: New Leaf was a hit with female gamers since it had the same strong customization features in a sandbox environment as The Sims, then enhanced the game with adorable graphics and constant social network connections over Facebook (NASDAQ: FB), Twitter (NYSE: TWTR), and Tumblr.

In the west, female video game developers are becoming much more visible and prolific in a male-dominated industry. Without Kim Swift, we wouldn't have Valve's Portal. Without Amy Hennig, we wouldn't have Sony's hit Uncharted series. Meanwhile, Julie Urhman's Ouya opened up the possibilities of an Android home console -- a market that tech giants like Amazon (NASDAQ: AMZN) and Nvidia (NASDAQ: NVDA) are now pursuing.

The road ahead
Hopefully, the rise of female gamers and female developers will help the video game industry evolve in exciting new ways.

In my opinion, there remains a degree of sexism, misogyny, and exploitation in some modern games -- such as God of War, Bayonetta, Lollipop Chainsaw, and Dead or Alive -- that deserves to be kept in check. While these portrayals of female characters are considered typical for a male-centric video game industry, they also alienate some core female gamers who now comprise nearly half of the market.

Of course, that's not to say that there aren't female gamers who still love those games, as well as hit triple A titles such as Call of Duty: Ghosts, GTA V, Titanfall, and Infamous: Second Son. Nor am I saying that the market appeal of "babes with guns and blades" titles will wane.

Yet hit games like Animal Leaf: New Crossing strongly suggest that there is still a growing market for women who are alienated by hardcore titles and think gaming is just for the boys. Therefore, hiring more female developers and experimenting with new genres could lead to better games with a wider appeal among both genders.

The bottom line
In closing, the days that a publisher could thoughtlessly release a princess simulator to focus on the female market are long gone. The line between male and female gamers is fading fast, and developers should concentrate on innovative titles with universal appeal to reach the broadest market possible.