Twitter (NYSE:TWTR) stock is trading at an all-time post-IPO low for several reasons: user growth has slowed to a crawl, new ad initiatives aren't working, and the company lacks a permanent CEO. Yet one thing that baffles me is Twitter's reluctance to aggressively monetize Vine, the six-second video loop app that it acquired in October 2012.

Why Vine matters
Last October, former Twitter CEO Dick Costolo stated that the "immediate focus" for Vine was to build "beautiful content creation tools" rather than monetizing users. In February, Twitter acquired Niche, an online talent agency that brokers endorsement deals for social media celebrities on Vine and other social networks. Those looked like baby steps toward generating revenue, but Vine's head of user experience, Jason Mante, once again dismissed talk of monetization at TechCrunch Disrupt NY in May.

However, Vine is actually growing faster than Twitter. Between August 2013 and December 2014, Vine's user base grew from 40 million registered users to 100 million monthly active users. Those users play over a billion six-second loops daily.

By comparison, Twitter's monthly active users (MAUs) only rose 24% to 288 million between the third quarter of 2013 and fourth quarter of 2014. Last quarter, Twitter's MAUs only rose 15% annually to 316 million -- its slowest growth rate since going public. At this rate, it's possible that Vine's MAUs could eventually eclipse Twitter's in a few years. Therefore, monetizing Vine might help Twitter offset sluggish user growth at its core site.

So, what's Twitter waiting for?
Twitter's current "wait and see" approach with Vine basically imitates Facebook's (NASDAQ:FB) strategy with Instagram. Facebook only started introducing ads to Instagram in October 2013, after the photo-sharing app hit 150 million active users. But those efforts didn't truly pick up until earlier this year after its active users soared past 300 million. 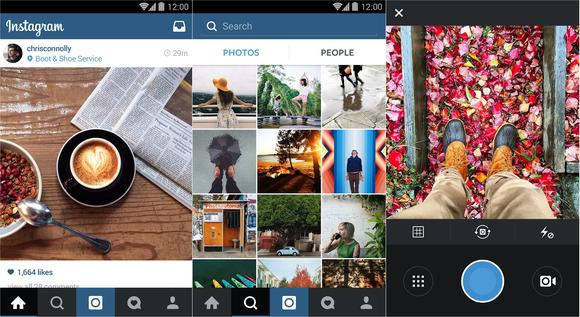 But unlike Facebook, which posted strong user and ad revenue growth in its main site as Instagram quietly grew, time isn't on Twitter's side. Twitter needs to give investors something to look forward to, especially after CFO Anthony Noto's admission that Twitter didn't "expect to see sustained, meaningful growth in MAUs" during last quarter's conference call.

Why Vine could be a goldmine
Video ads generally have higher engagement rates than static display ads. That's why Facebook, Instagram, Twitter, Google (NASDAQ:GOOG) (NASDAQ:GOOGL), and other sites are all offering video ad products.

Vine has two big advantages over other sites. First, it's a social network for short videos, so the addition of quick video ads should be fairly seamless. By comparison, video ads on Instagram generally stick out from the typical feed of filtered photos and occasional videos. Second, the six-second length of Vine videos is perfect for quick-hit viral ad campaigns. In 2013, a study by MetrixLab found that 94% of Google's YouTube viewers skipped preroll ads after the first five unskippable seconds. Since marketers don't pay YouTube for skipped ads, that translates to a lot of lost ad revenue. It also indicates that most viewers today have short attention spans.

If Vine's 100 million active users watch a billion loops daily, the average Vine user watches an average of 10 six-second loops per day. That metric is slightly misleading since a user could simply have looped one video 10 times, rather than watch 10 separate Vine videos. Nonetheless, if advertisers squeeze just one branded Vine into those 10 daily loops, marketers could gain much faster exposure than a preroll ad on YouTube or a News Feed video on Facebook.

The bottom line
Some Twitter investors consider Periscope to be its most promising asset. In my opinion, it pales in comparison to Vine. Periscope has 10 million users while Vine has over 100 million. Periscope still needs to prove itself against rivals in video streaming, but Vine has already established a much larger user base than copycat rivals like MixBit and Cinemagram. In fact, Vine's only meaningful competitor is Instagram, which launched 15-second videos in 2013 in response to Vine's popularity.

Perhaps it's wise for Twitter to patiently expand Vine's user base before considering monetization. However, Twitter might be missing out on an opportunity for fresh revenue growth by completely avoiding monetization. Looking ahead, Twitter might need to cut expenses to narrow its losses, which means that it might not be able to invest heavily enough into monetizing Vine in the future.