AT&T (NYSE:T) is usually considered a slow growth company. But the telecom giant has also been steadily expanding into the Internet of Things (IoT), which connects wearables, appliances, homes, vehicles, and other objects to each other and the cloud. 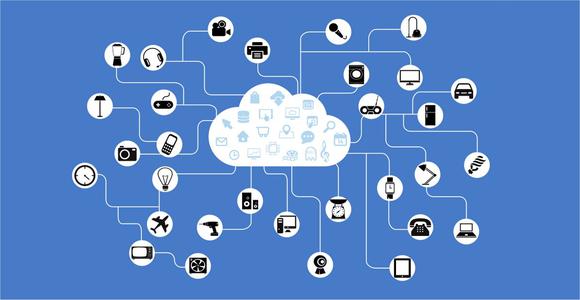 To tap into that market, AT&T opened five workshops to connect IoT companies to its networks. These companies include industrial automation giant Rockwell Automation andHydropoint, a start-up that produces smart sprinkler heads for irrigation systems in California. Other projects include connected 3D printers, solar powered radios, and connected cars.

Yet AT&T's ambitions expand beyond connectivity solutions and into consulting and integration services. For example, Rockwell Automation's executives recently enlisted AT&T's help to install prototype IoT sensors in its plants that deliver data to the cloud. Ralph de la Vega, AT&T's CEO of mobile and business solutions, recently told Fortune that "executives all over the world want real-time information about what's happening in their businesses."

Leveraging leading positions
Cisco (NASDAQ: CSCO) estimates that the number of connected devices worldwide will double from 25 billion this year to 50 billion by 2020. That's why the networking giant is integrating new IoT services into its networking hardware. Intel and Qualcomm are also leveraging their respective dominance of the PC and mobile chip markets to sell new system-on-chips and modules for IoT devices.

AT&T's move into the IoT market is based on the same idea. AT&T can leverage its strength in telecom services to sell new IoT-based services. One of these services is the M2X Data Service, an IoT development platform which offers developers tools and SIM cards to test connectivity with AT&T's network.

AT&T also provides cellular connections to over a million vehicles worldwide, and it recently unveiled a Wi-Fi device that turns any car into a Wi-Fi hotspot. Analyst Chetan Sharma claims that AT&T's connected car business could generate over $1 billion in revenues this year. That would be a tiny drop in the pond for AT&T, which is on track to generate over $150 billion in revenues this year, but it would represent a solid foothold in the growing IoT market. Research firm IDC expects the IoT market to grow from $656 billion in 2014 to $1.7 trillion in 2020.

Potential challenges
However, AT&T isn't the only telecom company expanding into the Internet of Things. Its top rival, Verizon, has a dedicated IoT division that sells applications that improve connectivity for various industries. It recently launched applications for creating "smarter" electric grids to improve grid efficiency. Verizon's IoT business generated just $165 million in revenues last quarter, but it might pull some big customers and start-ups away from AT&T in the near future.

There are also concerns that the IoT market might be over-hyped. First and foremost, security concerns could discourage the mass adoption of IoT devices, especially among enterprise customers. Earlier this year, James Lyne, global head of security at Sophos, demonstrated that connected cameras could be easily controlled with an outdated "brute force" attack, and wireless power systems could be hijacked to make light bulbs explode. Meanwhile, large tech companies that are invested in the IoT market have formed their own communication standard alliances. These proprietary borders prevent IoT devices from being universally compatible and might delay mass adoption.

Most importantly, simply connecting everything to the IoT might not change human habits. Earlier this year, PC pioneer Steve Wozniak stated that the IoT market was "kind of like a bubble," since there was a "pace at which human beings can change the way they do things."

The key takeaways
AT&T's IoT business probably won't generate meaningful revenue over the next few quarters. But as the IoT market grows, more companies could connect their devices and services to AT&T's network. In addition to profiting from those connections, AT&T can also generate more revenue from related services to diversify its top line away from telephone and Internet fees.