Volatile trading produced big swings in stocks today. After falling by 1% at one point in the trading session, the Dow Jones Industrial Average (DJINDICES:^DJI) climbed back to gain 183 points, or 1%, as the S&P 500 (SNPINDEX:^GSPC) added 10 points, or 0.5%. 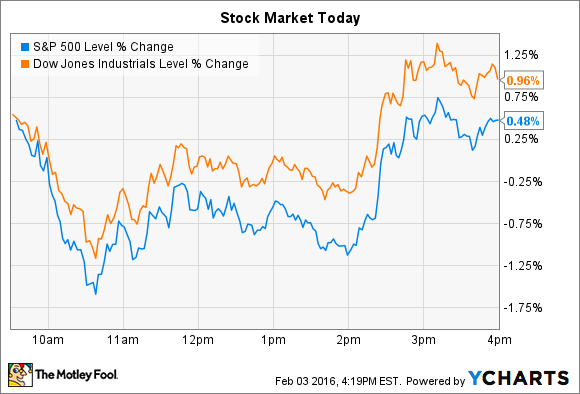 In economic news, the latest reading on the services sector showed that business activity rose last month, but at the slowest pace in years. The Markit PMI index slipped to 53.2 in January from 54 in December (any reading above 50 indicates expansion). Commenting on the new figures, chief Markit economist Chris Williamson said, "Slower service sector activity, combined with subdued manufacturing growth, means January's expansion was the weakest seen since October 2012."

As for individual stocks, Comcast (NASDAQ:CMCSA) and Autodesk (NASDAQ:ADSK) both made notable moves today after releasing data on their quarterly earnings results.

Comcast managed several operating and financial wins to finish out fiscal 2015. Its cable business lost subscribers for the year, but still turned in its best quarterly performance since 2007. The 89,000 subscribers added this quarter hints at a return to residential cable customer growth in 2016 after eight straight years of declines.

The NBCUniversal side of the business logged a double-digit revenue jump as the theme parks saw record attendance and guest spending, while the film business surged thanks to popular home video releases including Jurassic World and Minions. "I am exceptionally proud of our results this year, which were driven by strong performances in each of our core businesses," CEO Brian Roberts said in a press release.

Management raised the dividend payout by 10% to $1.10 per share. In addition, the company plans to spend $5 billion over the course this year on stock repurchases. The company acknowledged a volatile start to the year, but executives like the business trends they're seeing. "As we enter 2016, the momentum we see across our portfolio is truly exciting," Roberts said.

Autodesk lowers costs, but holds its outlook
Software company Autodesk's stock rose 8% after management announced an aggressive restructuring plan while saying that its current business momentum is strong. The company is cutting 10% of its workforce, or 925 positions, and shrinking its physical footprint. Part of the savings will go toward investing in core objectives, especially its transition to a fully subscription-based business model. The cuts will also help Autodesk's profitability in fiscal 2017 and beyond. 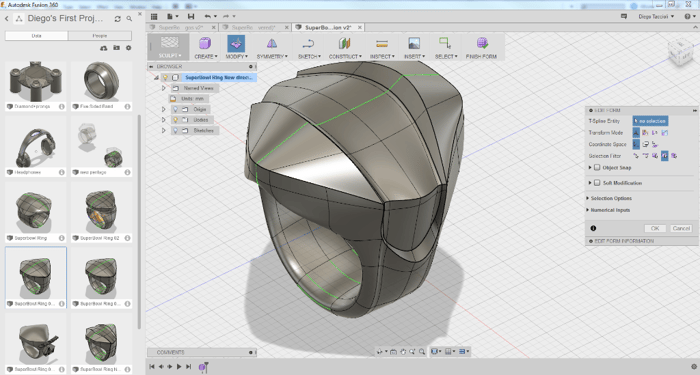 Executives explained that the cuts weren't motivated by a downturn in demand. "The restructuring announced today is not related to anything we are seeing in the macro-economic environment," CEO Carl Bass said. In fact, Autodesk affirmed its guidance for the current quarter and even suggested that it may end up ahead of management's prior outlook. The company said its sales, billings, profit, and net subscription gains should each meet or exceed the high end of the guidance ranges it issued in late November.

Autodesk will post its Q4 results on Thursday, Feb. 25, after the market closes. Consensus estimates forecast sales falling 5% year over year as profit is cut in half to $0.10 per share.