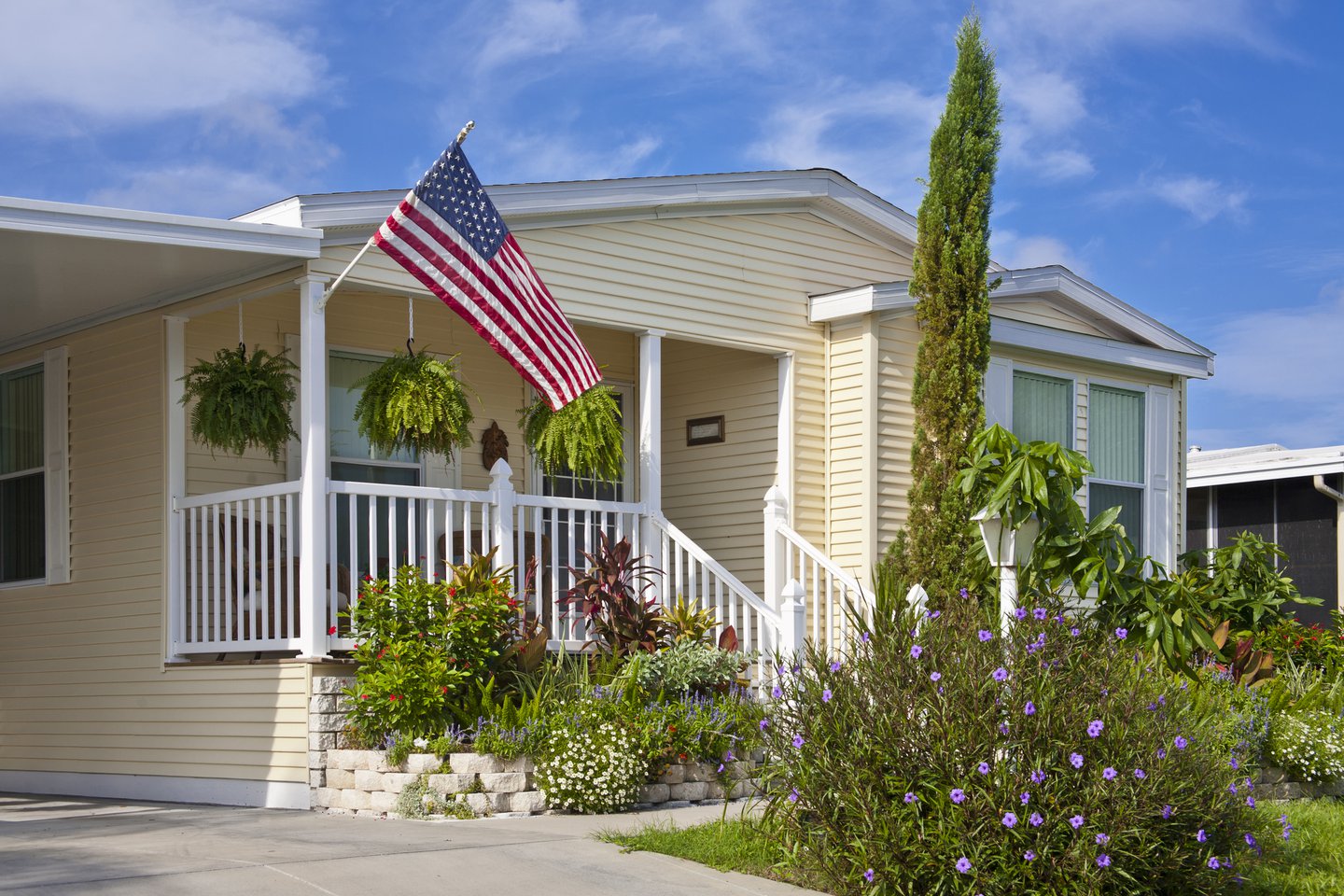 Prefab homes as we know them have been around for about a hundred years or so. Manufacturers shipped them in pieces across the land, where they were assembled into the American dream of affordable, long-lasting home ownership.

Sears & Roebuck (OTCMKTS: SHLDQ) was a major enabler of that trend, selling and assembling the kits for more than 70,000 of them in the decades before World War II. By buying in bulk and standardizing the plans, the Chicago mass retail pioneer was able to provide high-quality housing with a strategy that lives on today in the form of modular, manufactured, and prefabricated houses.

"They were one of the first mass builders to utilize 'balloon' style framing which only requires one carpenter on site, as well as using drywall for walls, asphalt shingles for the roof, and central heating," says this 2016 article in Popular Mechanics. "These advanced building materials made for modern homes that were less expensive to build and safer to live in."

First, a word about mobile homes

There are blended definitions for those homes that aren't "stick-built," that is, built onsite. The three most widely used terms here are "modular," "manufactured," and "prefabricated."

All these terms refer to houses that are built in a factory and shipped -- sometimes in pieces, sometimes in one piece -- to their eventual home. This includes mobile homes, which got their start and their name as trailers more akin to campers than Cape Cods.

Indeed, many in the industry would argue that the term "mobile homes" is now antiquated for such housing built after 1976, when the U.S. Department of Housing and Urban Development (HUD) put in place building codes for manufactured housing.

Prefabricated is kind of the umbrella term here. Generally, it's a house that isn't constructed right on the foundation beginning with large wood frames, so any house that isn't a "stick build" or "stick-built."

Now, as for manufactured homes, here's what HUD itself says: "A manufactured home (formerly known as a mobile home) is built to the Manufactured Home Construction and Safety Standards (HUD Code) and displays a red certification label on the exterior of each transportable section. Manufactured homes are built in the controlled environment of a manufacturing plant and are transported in one or more sections on a permanent chassis."

So, nowadays, manufactured homes are built following the HUD code, while stick-built and modular homes are built according to International Residential Code (IRC) standards.

Modular homes are just that: homes built in modules, in pieces, in a factory, shipped, and then assembled on a permanent foundation. They usually have electrical and plumbing already in place, along with doors, closets, and walls. They can be mixed and matched, depending on the manufacturer, to create a custom look and to build a home as big as the budget and design sensibilities allow.Benefits of a prefab home: No cutting cookies or corners

Prefab homes have had an image problem, often being seen as of lesser quality and dull compared to stick-built homes. (They do, after all, come off assembly lines.)

But, "don't let the term 'prefab home' scare you away -- today's prefabricated homes (also termed 'building systems' by the National Association of Home Builders), are downright fabulous. Not only do they provide homebuyers with a custom, energy-efficient building solution, they're also typically more affordable than traditional stick-built homes," says MoneyCrashers.com.

(The MoneyCrashers article is a long piece and recommended reading for detailed explanations of the varied kinds of prefab housing available, including panel-built and pre-cut structures, as well as other factors to consider.)

Manufacturers who follow the HUD and IRC rules provide a house that meets expectations for safety, efficiency, and quality -- and aesthetic appeal -- making many indistinguishable from stick-built homes to the untrained eye.

You also don't have to settle for what's on the lot or the website. Manufacturers typically offer multiple finish packages and upgrades that can raise the appeal, and the price, of the home.

And naturally, because so much is pre-built, the process can take several weeks less time from groundbreaking to move-in than would a stick-built project.

And then there's trendiness. Shipping containers have joined panels and varied module designs as the building blocks of leading-edge prefab homes, and there are build-and-design firms that include architects and engineers to help push the envelope even further. Just one example of many: Proto Homes in Los Angeles.

Finally, they can be every bit as tough as stick-built homes. The Federal Emergency Management Agency (FEMA) had this to say after Category 5 Hurricane Andrew swept over Dade County, Florida, in 1992: "The module-to-module combination of the units appears to have provided an inherently rigid system that performed much better than conventional residential framing."

Challenges with a prefab home

There are limitations to prefab homes. You want to assume that the manufacturer is following those quality control standards, but you or your representative are not there to see for yourself.

The size of your future home will also be somewhat limited by the fact that pieces have to fit on the back of a truck, wide load notwithstanding.

You also have to find your own piece of land, of course, and then choose the provider of the house and then a general contractor and then make sure all the permitting and soil tests and utility rules are met: all factors that may be easier if you use a traditional homebuilder and/or architect.

You also may find your selections for fittings and upgrades somewhat limited compared with custom homebuilding.

Plus, check with your local jurisdictions. Typically, modular homes are treated the same as traditional construction when it comes to zoning. Manufactured housing might face more rules. And then there are subdivisions with their own rules. Make sure you know before you commit to buying a lot or a kit.

And, like any homebuying process, it's quicker to simply buy and move into a pre-existing house.

According to ModularHomeowners.com, don't expect a huge discount for modular over stick-built.

"Much has been said about how much less expensive modular homes are than standard site-built homes. These savings can only be expected in very few circumstances," that site says. "You can generally expect to spend anywhere from 10% to 20% less on your home if you choose to build modular. These savings are mostly found in three major areas: bulk purchasing, labor costs and building materials."As for financing, back in the day, mobile homes were financed like cars and even had their own vehicle identification numbers (VINs). Nowadays, prefab homes aren't treated much differently than any other home. They can be financed with home construction loans, which have different disbursement and payment schedules than loans for existing homes. Buying the land also might be a totally separate transaction. Once approved and completed, you can expect to be able to transfer the construction loan to a permanent mortgage.

While some traditional lenders might still balk at manufactured housing, there are plenty that won't. Just two examples: Arizona-based Cascade Loans and Berkshire Hathaway's (NYSE: BRK.A) Vanderbilt Mortgage and Finance.

Financing manufactured homes can be trickier. There are still plenty of banks and other lenders who won't go there. Some will, of course, or there wouldn't be so many, especially in rural America, and there's always the Federal Housing Administration (FHA).

As for resale, mobile homes can easily depreciate as much as appreciate, and opinions vary about modular and other prefab homes. Your best bet there would be to discuss that with a trusted local Realtor or lender.

(Check out this Millionacres article for more on mobile homes as an investment strategy.)

Sellers of prefab homes offer a range of services, depending on the seller and your needs. Many offer multiple packages for the homes and fixtures themselves, as well as help finding land, financing, and the contractor to put the pieces together on-site.

There are small vendors and big names involved in this vertical of the real estate industry, including some of the biggest, like Clayton Homes (NYSE: CMH) and DR Horton (NYSE: DHI), as well as regional players like Carolina Country Homes.

A good place to start your exploration of prefab homes is at modularhomes.com. There's a plethora of information about styles and types, and local, regional, and national builders are listed. 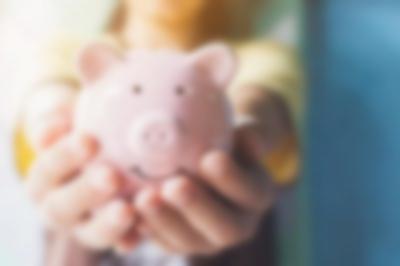 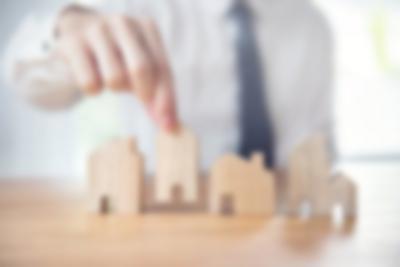 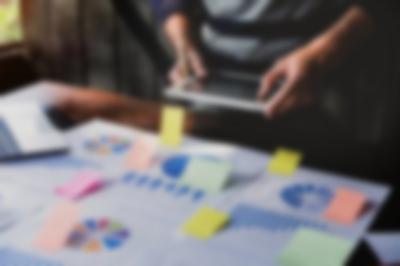