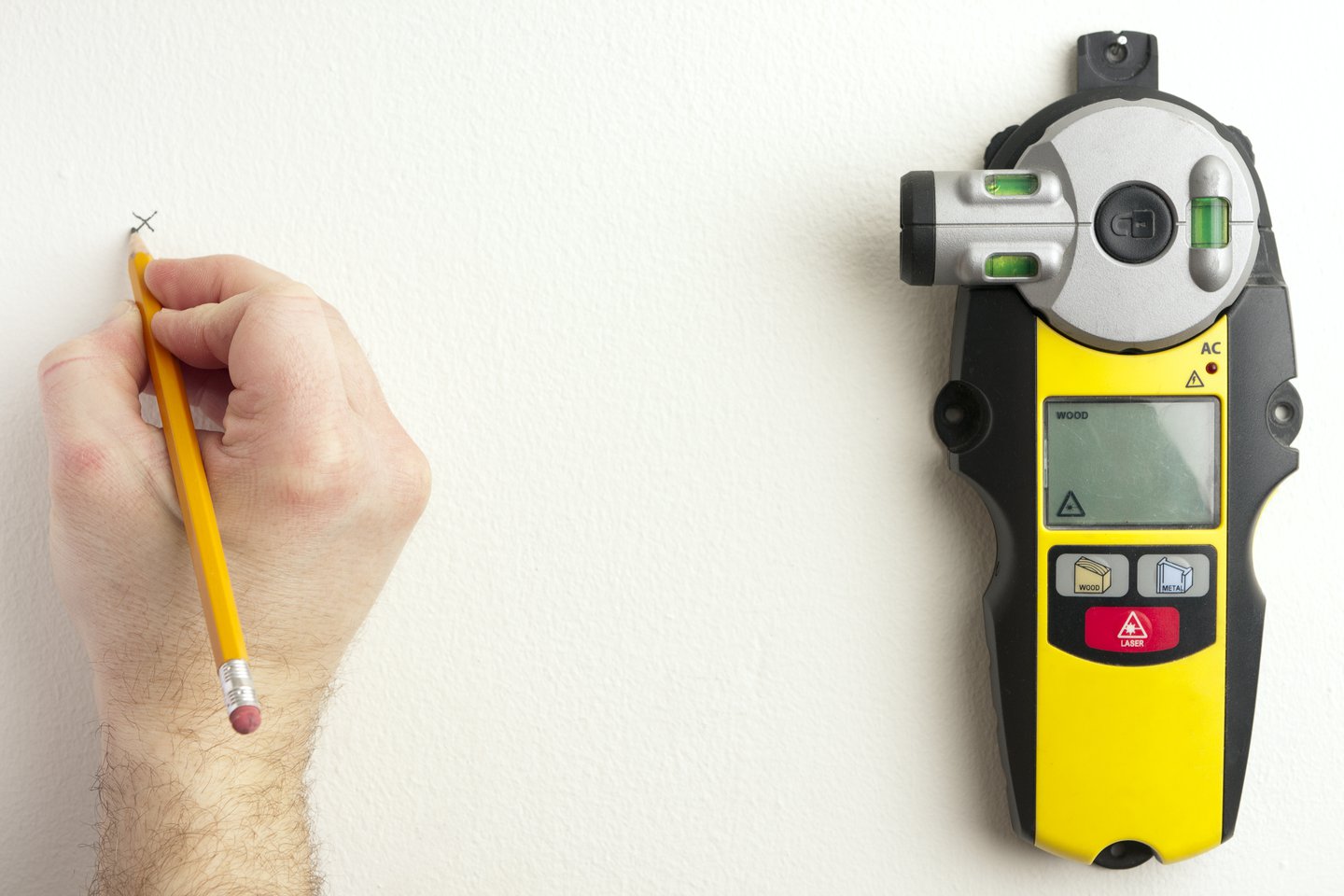 How to Find a Stud in the Wall

In real estate terms, studs are vertical wooden beams that make up the frame of your house. If your walls are made of drywall, the drywall itself is nailed directly to the studs. Studs are found at evenly spaced intervals beneath your drywall, and depending on how your home was built, the most common intervals are 16 and 24 inches, but other spacings are possible.

Being able to find your studs is an important skill because they provide the most secure way to hang pictures, fixtures, mirrors, and pretty much everything else you might need to hang from your walls. Simply put, drywall isn't very strong. You can hang a lighter picture frame directly into the drywall, but it's not a great idea. And if you're planning to hang anything heavy, such as a TV, you can do tons of damage to your wall (and to the TV) if it's not properly attached to your wall studs.

Finding a stud in the wall: the easy way

We'll start with the quickest and easiest method. By far, the easiest way to find a stud in the wall is with a stud finder. You can buy one at any hardware store, and they come in two varieties:

An electric stud finder will cost anywhere from $10 to $50 and works by detecting changes in your wall's depth. These are the most accurate, but more expensive, option. If you're a homeowner, I highly suggest investing in one of these, as it'll come in handy every time you want to hang something on your wall. Use a pencil or tape to mark where the studs are.

A magnetic stud finder doesn't actually find your studs but finds the nails and screws that are inside of your studs. These can be effective, but any other metal objects behind your drywall (say, electrical wiring) can give you a false location.

Finding a stud in the wall without a stud finder

If you need to hang something and don't have a stud finder handy, here's how to find studs the old-fashioned way.

Here's an exercise you can try right now. Walk over to your nearest wall and firmly knock on the drywall. If you knocked in a spot that doesn't have a stud behind it, you'll hear a hollow sound. If you hear a solid sound, you've hit a stud. Since studs are vertical, practice by knocking on your wall, moving to one side by an inch each time. Hear the difference? Every 12 to 24 inches, you should hear that telling "stud" sound.

Another useful method is to simply look where your electrical outlets are located, as these are typically attached directly to your studs. By marking a vertical line straight up or down from an outlet or light switch, you're likely to be marking a stud. However, it's still a smart idea to confirm with the sound test to make sure.

Being able to find studs is an important skill that you're likely to use over and over throughout your lifetime. A stud finder is the easiest way, but it's also handy to understand the sound-test method in case you don't have a stud finder (or can't find yours -- I misplace mine often!).