As a U.S. taxpayer, you're probably used to forking over a chunk of your earnings to the federal government. But depending on where you live, you might lose more of your hard-earned money to income taxes at the state level. In fact, there are seven U.S. states without personal income tax: Alaska, Florida, Nevada, South Dakota, Texas, Washington, and Wyoming. But just because your state charges zero income tax doesn't automatically make it an affordable place to live. In fact, several states on the list are actually among the more expensive ones in the country. 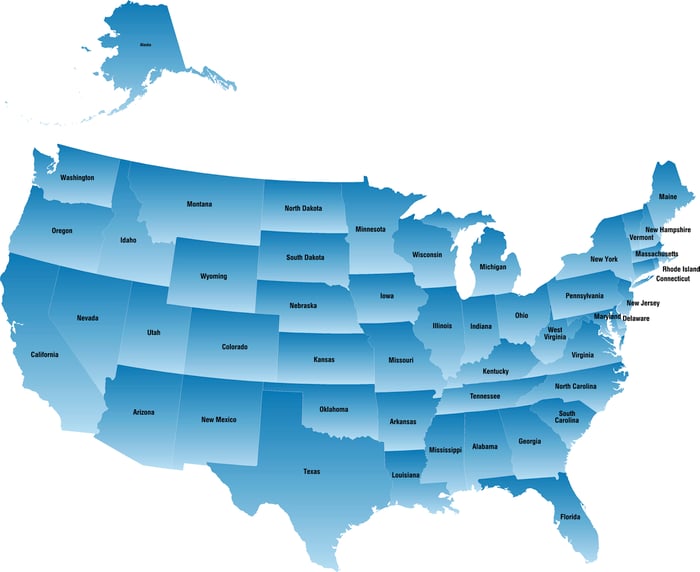 How do some states get away with no income tax?

State income taxes help provide critical services to residents, so if your state doesn't impose income taxes, you may be wondering where the money to operate comes from. One thing to realize is that just because a state doesn't collect income tax doesn't mean it doesn't charge sales tax.

Take Tennessee, which has the highest sales tax in the country. Though it doesn't charge income taxes on wages, its sales tax is enough to compensate. New Hampshire, meanwhile, charges some of the highest property taxes in the U.S. to help make up for its limited income tax. Furthermore, its in-state college tuition is quite steep compared to most public colleges across the country.

Then there's Washington, whose gas prices are among the highest in the U.S. thanks to the state's gasoline tax. And while Nevada and Texas don't charge income tax, their sales taxes are higher than average.

Just as New Hampshire imposes hefty property taxes, so too do Texas and Florida. Wyoming and Alaska, on the other hand, rely heavily on revenues from the sale of natural resources to stay afloat, which doesn't necessarily cost residents more money. That said, Alaska is actually among the most expensive states to live in due to its remote location.

Are states with no income tax good for retirees?

Retirees are often drawn to states with no income tax because they think that will help their (often-limited) money go further. But avoiding taxes on retirement income can only help so much in states like New Hampshire, where the cost of living is higher overall.

Furthermore, there are some states that charge income tax but don't tax Social Security benefits. Only Colorado, Connecticut, Kansas, Minnesota, Missouri, Montana, Nebraska, New Mexico, North Dakota, Rhode Island, Utah, Vermont, and West Virginia impose a tax on Social Security, but of those, Colorado and West Virginia are actually fairly retiree-friendly because their other taxes are quite low.

Whether you're a retiree or not, it's important to look at a state's overall tax picture to see whether it makes sense to live there. If you're not retired, you should also consider factors like job growth and salary trends when determining where to live. In some cases, it might make more sense to pay income taxes on wages but bring home a higher salary than live in a state with no income tax but earn a lower wage.

No matter what stage of life you're in, taxes are bound to impact your overall financial picture, so it's smart to get a sense of how your states measures up. Depending on your circumstances, a move to a more tax-friendly state could put more money back in your pocket year after year.

Here Are the U.S. States With No Income Tax @themotleyfool #stocks Next Article
Current