Countless Americans bust their budgets in pursuit of the ultimate summer vacation. Will you be one of them?

With summer just around the corner, many of us are gearing up for beach outings, barbecues, and what a large number of folks consider the highlight of their year: vacation. According to Gallup research, July is the most popular month for Americans to take a vacation, with August as a relatively close second. But invigorating as it may be to pack up and experience someplace new or relaxing, vacations tend to come at a cost. According to a study by Travelex, Americans spend an average of $2,041 on a vacation. Allianz Travel Insurance, meanwhile, says the typical household will spend $1,798.

Now, if you plan and save for your vacation in advance, there's nothing wrong with using a portion of your hard-earned money to unwind and have a little fun. But given that 59% of Americans don't follow a budget in the first place, it's fair to say that a large number of us probably don't budget for vacations. And that's a mistake that could cost us -- big time. 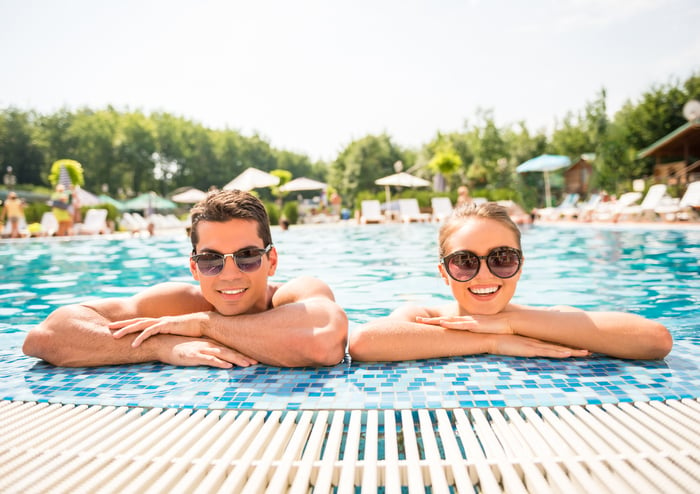 How much will that vacation really set you back?

We all deserve a break once a year, but failing to budget and save for your summer vacation could be the worst money move you'll make all year. Simply put, if you can't actually afford your vacation but wind up taking it anyway, you'll probably have no choice but to charge it on a credit card. And if you don't pay off that balance right away, which will most likely be the case, that vacation will end up costing far more than its actual price tag.

Imagine you take a $2,000 vacation that you charge on a credit card with a 20% APR. If it takes you three years to pay off that balance, you'll wind up spending an additional $675 on interest charges, or roughly one-third of your vacation's actual cost. Not only that, but carrying a credit card balance on a long-term basis can bring down your credit score by driving your credit utilization ratio into unfavorable territory. And when that happens, borrowing becomes more expensive across the board, thus costing you -- you guessed it -- even more money.

Even if your summer vacation doesn't drive you into debt (say, you use a performance bonus or tax refund to pay for it), it might still cost you in other ways -- such as missed retirement-savings opportunities. Most Americans are woefully behind in funding their IRAs or 401(k)s, and if you're one of them, the $2,000 you spend on vacation could go a long way toward helping you catch up. In fact, if you have an investment portfolio earning an average of 7% per year, which is a few points below the stock market's average, by spending that $2,000 just one time instead of investing it, you'll lose out on a much more significant $15,000 when you factor in 30 years of lost growth potential.

Finally, if you're among the 69% of Americans with less than $1,000 in the bank, you should think long and hard about whether you ought to be spending any amount of money on a summertime getaway when that cash could instead go toward building your emergency fund. You never know when you might fall ill, lose your job, or encounter some sort of unplanned expense, and if you don't have emergency savings, you may have no choice but to resort to credit card debt to stay afloat. So while you might avoid racking up credit card debt on your actual vacation, if you use that money to travel rather than stick it in savings, you could wind up in debt for a different reason down the line.

If you haven't budgeted and saved for a vacation, and you're still itching for a much-needed break, you should know that there are ways to pull it off for less. You might try driving to your destination rather than flying, or renting a private home instead of a hotel, which will not only help you save on lodging fees, but also give you the option to cook, thus cutting your food costs.

An even lower-cost alternative is to stay local, and use your time off to explore free or inexpensive activities in your hometown. Kicking back at the nearby beach may not be as enthralling a prospect as exploring a new city or visiting a resort, but it'll still help you achieve the very important goal of taking a break.

No matter what sort of plans you make this summer, don't make the mistake of wrecking your finances over a vacation. At the end of the day, a little getaway just isn't worth the long-term repercussions you might face.