Countless workers look forward to retirement and the change of pace it tends to bring about. But from a female perspective, that outlook is pretty bleak. That's because only 25% of women expect that life will be better in retirement than during their working years. That's the latest from a Nationwide survey, which also found that 26% of women think life will be worse in retirement. Talk about discouraging.

Though women certainly aren't the only ones stressed about retirement, in some regards, they have more to worry about. That's because women typically earn lower salaries than men, and as such, they tend to have less money once retirement rolls around. 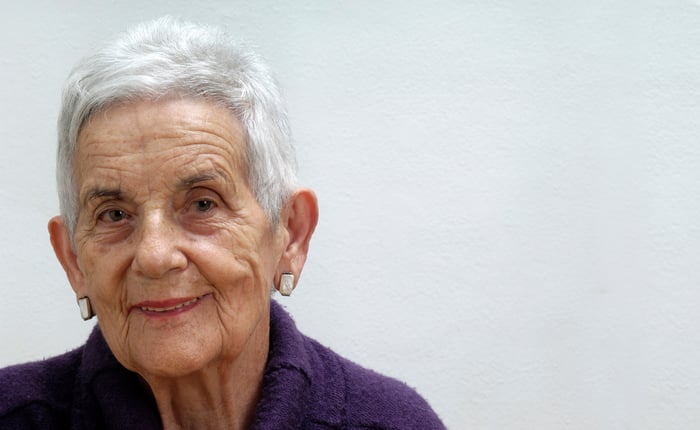 Not only that, but older women today are in worse shape financially than ever before. For one thing, debt has doubled for 50-something women since the early 1990s. Just as problematic is the fact that twice as many 50-something females have less than $25,000 set aside for the future now than roughly 30 years ago, which means their opportunity to catch up is limited. Still, that doesn't mean women can't take steps to change their outlook -- and clean up their finances in time to enjoy retirement to the fullest.

If you're an older woman and are clearly behind on savings, the good news is that it's technically not too late to catch up. You just need to be willing to prioritize your retirement savings and possibly extend your career a number of years to further boost your nest egg.

Now, the good news is that you can contribute up to $24,500 per year to a 401(k) if you're 50 or older, so if you have access to an employer plan, it pays to max it out. In fact, doing so for even 10 years will add $338,000 to your nest egg, assuming your investments generate an average annual 7% return during that time. That's a couple of points below the stock market's average, in case you were wondering.

Of course, not everybody can max out a 401(k), and not everybody has access to one in the first place. But if you don't have a 401(k), there's always the option to save in an IRA instead. If you're 50 or older, you can put away up to $6,500 a year. Similarly, you can save in a 401(k) at a lower rate than it would take to max out, and it'll still make a huge difference come retirement. Case in point: Socking away $6,500 a year for 10 years will give you an additional $90,000 during your golden years, assuming that same 7% average annual return. And while that's not nearly as impressive as the $338,000 we talked about above, it's not a negligible amount, either.

Getting rid of debt

While boosting your savings rate later on in your career is a good way to make up for lost time, don't discount the importance of knocking out your debt simultaneously. Your first goal should be to focus on the damaging debt you hold, like credit card debt. Paying off a pesky credit card balance is far more crucial than eliminating a mortgage because in addition to helping improve your credit, the latter can also offer tax benefits that save you money in other ways.

When you sit down to tackle your credit card debt, be sure to identify your costliest balances first, which are the ones with the highest interest rates. After all, it makes more sense to pay off a card charging 20% interest than to deal with a card charging 10%. Another option, if your credit is decent, is to consolidate your various credit card debts via a balance transfer and lower your payments as a whole.

Changing your attitude about retirement

If financial pressures are causing you to dread retirement rather than celebrate it, know that if you clean up your act during the latter stage of your career, you stand a strong chance of retiring comfortably. Also, don't forget that unless you're forced out of the working world due to reasons outside your control, if you don't feel financially ready to take the plunge, hold off. Extending your career for even a year or two could spell the difference between saving adequately and having to cut corners majorly during your senior years.

Finally, if you're worried about paying the bills in retirement, remember that working part-time when you're older is always an option. Not only will it put more money in your pocket, but it'll also give you something to do with your time. And that will take some of the pressure off -- on more levels than one.