Please ensure Javascript is enabled for purposes of website accessibility
Log In Help Join The Motley Fool
Free Article Join Over 1 Million Premium Members And Get More In-Depth Stock Guidance and Research
By Maurie Backman - Updated May 14, 2018 at 10:06AM

A growing number of U.S. adults plan to work longer. Here's what you need to know if you're one of them.

Though many seniors rush to file for Social Security at 62 and leave their jobs simultaneously, many wind up working well into their 60s. There are even those who aim to work until age 70 both to pad their nest eggs and to boost their Social Security benefits. But 16% of employed Americans are planning to push themselves to work until age 75 or beyond, according to new data from Northwestern Mutual, and the reasons run the gamut from not having enough savings to concerns about healthcare costs and Social Security.

Of course, working until your mid-70s or later has its benefits. Not only will you get a chance to add to your savings, but you'll avoid dipping into your nest egg longer than most. Plus, some studies have shown that working longer can lead to a longer life. 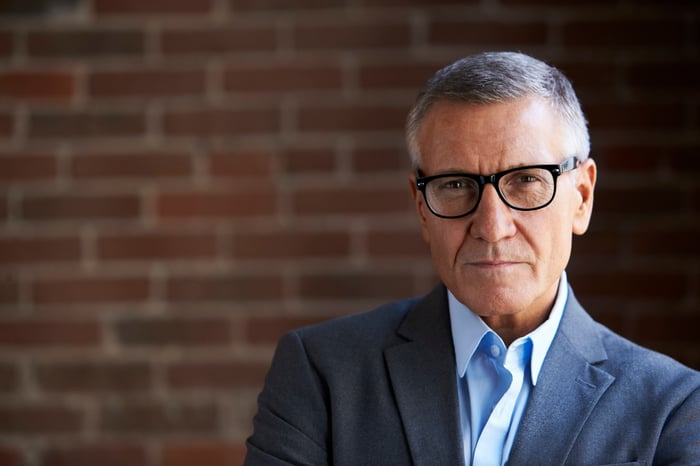 Still, working until your mid-70s or beyond isn't a given. If you're planning to keep at it for that long, be aware of the factors that might hold you back, and make smart financial decisions simultaneously.

Is working until 75 or later really feasible?

Just because you're planning to work until 75 or longer doesn't mean you'll actually have that option. An estimated 60% of workers are forced to retire sooner than planned, and for a variety of reasons that you might not have fully considered.

For example, you might be 60 right now in great health, and in no rush to retire. But who's to say how you'll be feeling physically 10 to 15 years from now? Maybe a health issue or two will creep up on you. Maybe the physical strain of commuting will make working impossible. While it's ambitious to aim to work until your mid-70s, the fact of the matter is that your body might have different plans in store.

Similarly, you never know when you might be forced to leave your job in order to care for a loved one. Imagine you have a spouse who's in good shape. If he or she gets injured, requires surgery, and needs constant care in the months following, you may have no choice but to leave your job and step up.

Then there's your company's financial strength to think about. Maybe business is booming at present, but who's to say what'll happen a decade from now? If your company winds up downsizing or, worse yet, going under, you may come to find yourself out of a job. And if that happens once you're already pushing 70, your chances of getting hired elsewhere are, unfortunately, somewhat slim.

Of course, there's no saying any of the above will happen. Just be prepared for the possibility that your plans to work until 75 or beyond may not come to be.

Things to know about working later in life

If you are planning to work till 75, don't put off retirement plan contributions with the intent to catch up in your 70s. As we just learned, you may not get the option to work as long as you think, so if you're 55 right now and your plan is to max out a 401(k) between the ages of 65 and 75, get a new plan. Start putting money away now so that if you don't end up working past 65, your long-term finances won't suffer.

Additionally, if you do end up working well into your 70s, be sure to file for Social Security at 70 on the dot. Once you turn 70, your benefits won't continue growing, so there's no sense in not collecting your money.

Finally, make an effort to keep your job skills current as you get older. This could mean learning new technology or continuously reading up on changes within your industry. Some older workers grow complacent and rely on their experience to buy themselves job security, but if you don't work on your skills, you could find yourself on the wrong end of a layoff. And once that happens, you might really struggle to find work.

Wanting to work until 75 or later is a noble goal, and if you're way behind on retirement savings, it's a smart one as well. Just don't assume that you'll get the option to work that long and make financial decisions around that point. You may end up retiring at 72, or 70, or even -- gasp -- in your 60s, but as long as you're prepared financially, that won't constitute as major a blow.