When it comes to managing their finances, Americans clearly have some work to do. Not only has U.S. credit card debt reached an all-time high, but most adults are also ill-equipped to handle a financial emergency. In fact, 40% of Americans claim they don't have the cash on hand to cover a mere $400 expense that pops up out of the blue. Rather, they'd need to borrow the money or sell something to tackle that sort of bill.

If you're sorely lacking in the savings department, but saddled with debt at the same time, you may be wondering whether it pays to work on your emergency fund first, or tackle your ridiculous balance instead. The truth is that both moves are essential for getting a handle on your finances. But if you want to know which should take priority, it's none other than boosting your cash reserves. 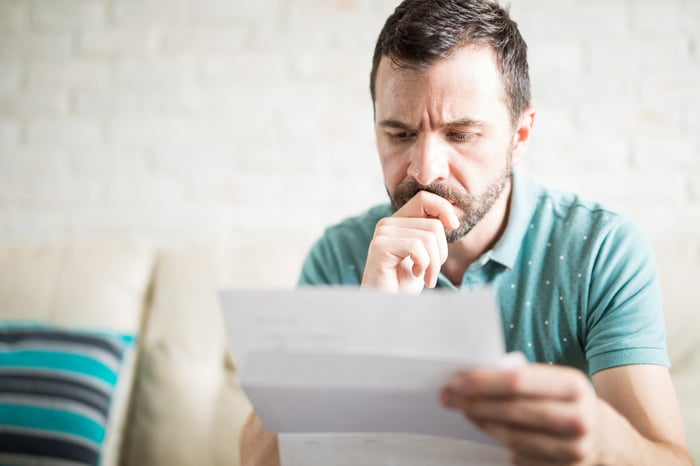 Why put building savings over paying off debt? It's simple: If you don't have that safety net, the next time an unplanned bill lands in your lap, you'll be put in a position where you're forced to -- you guessed it -- rack up even more debt. In fact, a big reason people wind up in debt in the first place is that they don't have enough money in the bank to buy themselves some wiggle room in the face of life's surprises. So rather than continue running that risk, your best bet is to focus your efforts on building some cash reserves and then work on tackling whatever balance you're carrying.

The good news, however, is that you can apply the same strategies for both goals. First, create a budget if you don't have one already, see where your money is going, and start slashing expenses immediately. It doesn't matter if you choose to downsize your living space, get rid of a car, or forgo leisure activities and restaurant meals until your savings balance is looking better. The point is to spend more judiciously, and spend less.

Next, look at getting a side hustle to boost your earnings. Currently, 44 million Americans hold down a second gig on top of their regular jobs, and if you manage to eke out an extra $300 a month from yours, you'll be $3,600 richer by the end of the year.

Finally, take inventory at home and start selling the things you don't need. Even if you don't earn a ton of money from those efforts, you're better off taking in $500 than getting nothing for items that are sitting around collecting dust.

So how do you know when you've saved enough and can move on to start tackling your debt? As a general rule, your emergency fund should contain enough money to cover three months' worth of living expenses. For better protection, however, you'll want closer to six months' worth. Once you reach that three-month threshold, you might decide to hit pause on your emergency savings and focus on chipping away at your debt instead, and that's perfectly fine. Or, you might decide to split your efforts so that you're contributing to your savings while also paying down debt. Just make sure you have that three months' worth of living expenses in the bank before you divert your efforts elsewhere.

Though getting out of debt is a responsible financial goal, building an emergency fund should trump all other efforts you're inclined to make. So focus on establishing a healthy level of savings, and with any luck, it'll be the first step on the road to a much healthier financial outlook for you.

Should You Pay Off Debt or Build Your Emergency Fund? @themotleyfool #stocks Next Article
Current