Please ensure Javascript is enabled for purposes of website accessibility
Free Article Join Over 1 Million Premium Members And Get More In-Depth Stock Guidance and Research
By Selena Maranjian - Sep 2, 2018 at 7:15AM

It's surprisingly easy to fall prey to a financial con, and not just because we want to believe that we, too, can get rich quick.

Even if you're making sincere efforts to save and invest for your future, it can be hard to get ahead financially. Making that task even harder is that many of us occasionally fall for scams that can rob us not only of money but also of time and energy.

Here, then, is a review of three money scams that you might run across, with tips for spotting them and avoiding them and other financial scams. 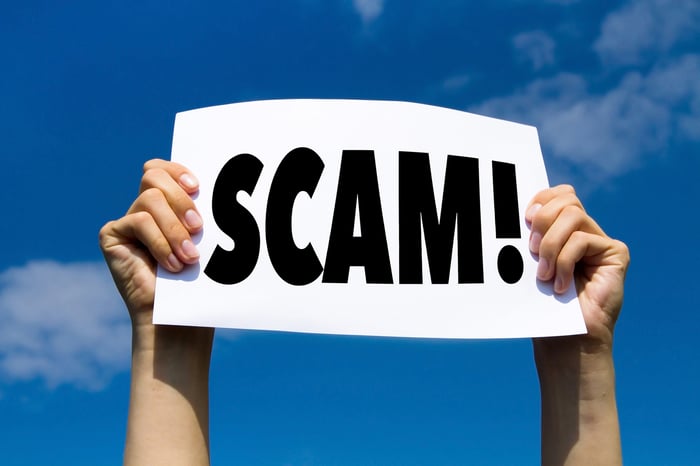 The penny-stock pump and dump

Penny stocks ensnare many investors -- especially newer and less sophisticated ones. That's because if you don't understand some investing basics, they can seem like wonderful opportunities.

A penny stock is one that's trading for less than about $5 per share. Such low prices can make it seem like the stock is a bargain -- to those who don't understand that a stock's price alone means little. A $1 stock can still plunge and become a $0.25 one. And a $200 stock can always grow into a $400 one.

Penny stocks are usually tied to unproven, volatile companies, often with little to no earnings. And while the companies themselves may be entirely legitimate -- albeit young or small -- their stock prices are easily manipulated by scammers because they have relatively small market caps, and don't usually trade heavily.

The classic pump-and-dump maneuver is an unfortunately great example: First, the ambitious con artists buy lots of shares of a penny stock, then starts hyping the company in newsletters, online, in day trader chat rooms, and elsewhere. They'll present a compelling story, claiming that the company is on the verge of curing cancer, proving a new oil field, or exploiting some other figurative gold mine.

Naive investors will get excited, start buying shares, and push the price higher. The rising prices will often excite further investors to buy in too, adding more hot air to the bubble. The scammers will then quickly sell their shares at the inflated prices and reap the profits. Afterward, they turn off the hype machine, (and the company may publicly debunk the rumors) share prices fall back to their natural levels, and those who took the bait get stuck with the losses.

You can avoid penny stock heartaches simply by steering clear of companies with very low share prices -- no matter how much you might love to own, say, 5,000 shares of a company for only $500. Also, beware of compelling stories that seem too good to be true. If the stock is really so great, those in the know would be buying all the shares they could, not telling others to do so.

There may be fewer Ponzi schemes out there than penny stock cons, but it's valuable to be able to spot their characteristics -- because there are some criminals out there using the model. The most famous one -- they tend only to become famous after their frauds unravel -- is now-jailed Bernie Madoff.

Ponzi schemes claim to offer high and consistent returns via "secret" investing strategies or other vague but profitable-sounding techniques -- but in fact, they are cooking the books, and using the money from new investors to create illusory "profits" for the earlier ones. The investors' assets aren't growing, of course. There's no savvy money management nor clever investing tactics -- just schemers moving funds around behind the curtain, and siphoning off large amounts of it for themselves. But at some point, investors in need of their funds will invariably attempt to cash out more than the fraudsters have left in the tank, and if the new money has dried up, the whole thing will implode as con artists have to admit they can't pay their investors what they've been promised.

Per the Securities and Exchange Commission, here are some signs of a Ponzi scheme. (These red flags apply to many other kinds of scams, too.) 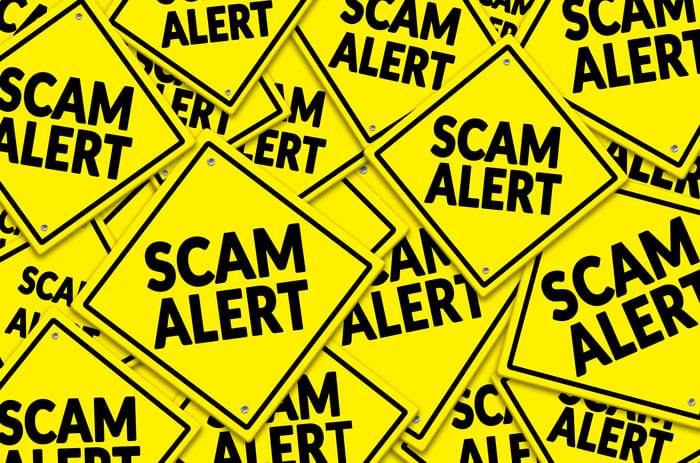 Many people are excited about bitcoin and other cryptocurrencies, and some have even made money by investing in them, but they have turned out to be a rich field for scammers.

Bitcoin is a digital or virtual currency. Unlike most currencies, it's not issued by any government. It exists online and permits payments between parties without a middleman such as a bank. It's a decentralized electronic payment system, not managed by any single entity the way Mastercard, Visa or PayPal oversee their respective payment networks.

The Financial Industry Regulatory Authority (FINRA) has listed many risks of cryptocurrencies, such as the fact that they're not legal tender, they only have value if someone accepts them, and the electronic platforms where they're bought and sold can be hacked. FINRA has issued a warning about cryptocurrency scams, too, noting that they often take classic forms -- such as via telemarketing phone calls, spam emails, press releases, online posts, and in social media. Know that while you can buy into various cryptocurrencies themselves, you can also buy or sell shares in various cryptocurrency-related companies, many of which are penny stocks.

One particularly dangerous and prevalent cryptocurrency scam is that of initial coin offerings, or ICOs. Some may not be problematic, but a host of them are. With an ICO, you're offered an early chance to buy new coins -- it's sometimes referred to as a "presale."

Your best response is usually to walk away, but if you're finding it hard to do that, spend some time studying the ICO more. See who is behind it -- are there names of people you can research further, or no names mentioned at all? Are you being promised strong returns, such as 1% to 2% per day -- or minimum returns? Do they accept credit cards for purchases? (Most legitimate investments don't.) Do they claim to be "SEC-compliant"? The SEC itself warns that it does not review digital assets such as these coins. The SEC is concerned enough about ICOs that it created a parody ICO site, to entice and then educate investors, and it has referred to ICOs as one of the "greatest threats" to small investors.

More broadly, FINRA urges investors to be careful, not falling for cold calls pushing any investments. The sales pitches can be persuasive, but they're often pushing volatile penny stocks. You can look up information on the people or companies touting such investments via the FINRA BrokerCheck® service. FINRA also notes: "If you're suspicious about an offer or if you think the claims might be exaggerated or misleading, please contact us."

Remember that you don't need a cryptocurrency in order to get richer. There are lots of other less risky ways to build wealth. Here, for example, is how much wealth you might amass simply plunking your money in a low-cost index fund over a long period -- if it averages 8% annual returns:

A key lesson running through many scams is this: If something seems too good to be true, it probably is. We all would love to run across an investment opportunity that will make us rich quickly, so we can be quick to believe a scam. Resist that temptation.