Please ensure Javascript is enabled for purposes of website accessibility
Log In Help Join The Motley Fool
Free Article Join Over 1 Million Premium Members And Get More In-Depth Stock Guidance and Research
By Maurie Backman – Sep 11, 2018 at 6:27AM

Make sure you can check these off your list.

Like it or not, by the time you turn 30, you're basically a full-fledged adult, and with that comes certain financial responsibilities you'll need to get a handle on. Here are three money-related goals you should aim to achieve by age 30.

Life has a way of surprising us, both for better and for worse. But sometimes, those unpleasant surprises come in the form of automobile breakdowns, busted appliances at home, or medical bills that catch us off guard. And let's not forget the possibility of getting laid off at work -- something that can happen to even the most diligent employees among us. 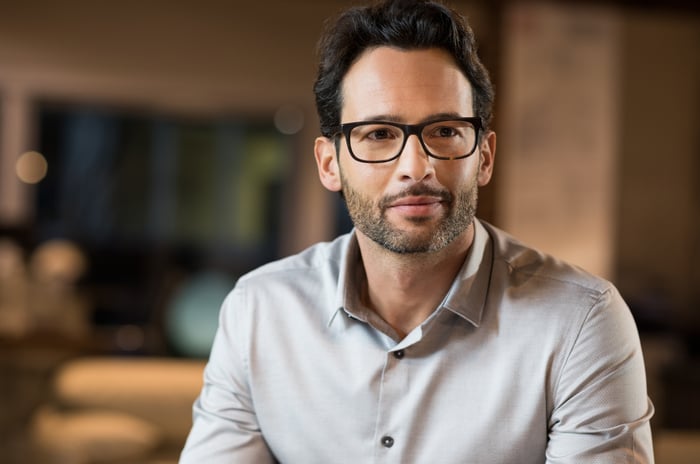 That's why it's crucial to have a healthy emergency fund. While you might struggle to sock away that money when you're younger, by the time you turn 30, that account should be nice and robust. At a minimum, your emergency fund should contain enough cash to cover three months' worth of living expenses, but for better protection, aim for six months' worth. This means that if you typically spend $3,000 a month on bills, your goal should be to have $18,000 in savings.

Unfortunately, nearly a quarter of Americans have no emergency savings whatsoever, which means they're putting their long-term finances at risk. That's because without an emergency fund, paying unplanned bills often means charging them on a credit card and letting mounds of interest accrue.

If you don't have a fully loaded emergency fund by the time you reach 30, cut expenses in your budget to free up as much cash as possible, and stick that savings directly into the bank. Another option? Get a side hustle and bank that extra cash. Since it won't already be earmarked for existing bills, you should have no problem saving all of it.

No one expects you to have a fully funded retirement account by the time you turn 30 -- but that doesn't mean you shouldn't have some cash socked away for the future by then. In fact, investment giant Fidelity recommends having the equivalent of your full salary saved by your 30th birthday, so if you're nowhere close, it's time to start ramping up.

Currently, 30-somethings can contribute up to $18,500 a year to a 401(k) and $5,500 a year to an IRA. And while maxing out the former is no doubt a major undertaking, maxing out the latter is far more doable. No matter which account type you have access to, know that as a general rule, it's wise to set aside 15% to 20% (or more, if you can) of your earnings for the future. Now if you spent a good part of your 20s focusing on your emergency fund and less on your IRA or 401(k), worry not -- you still have plenty of time to build a sizable nest egg. Just be sure to make it a priority, so you don't fall behind as retirement slowly but surely creeps closer.

3. Get free of credit card debt

There are certain types of debt, like mortgage debt, which are likely to hang over your head for a long time. But if there's one type of debt you should aim to shake by the time you reach 30, it's that of the credit card variety. Carrying too much credit card debt can damage your credit score, thereby making it more expensive for you to borrow in the future. Worse yet, the longer you carry a balance on a credit card, the more interest you'll accrue that will make that debt even harder to pay off.

If you're nearing or have reached 30, and still have a whopping balance, come up with a plan to eliminate it. You can use the tactics above -- cutting corners in your budget or working a second gig -- to come up with cash to pay down your debt. You might also look into a balance transfer, moving your existing balance over to a card with a lower interest rate. Doing so can lower your monthly payments and save you money on interest, thereby making it easier to knock out that debt sooner.

Turning 30 can, in some ways, serve as a financial wakeup call. Reach these milestones by then, and you'll be setting yourself up for success not only in the near term, but in the more distant future as well.