Retirement will cost the average American $828,000, and when we think of the many expenses seniors face, coupled with increasing life expectancies, that number makes sense. It's somewhat surprising, then, to learn that only 16% of older Americans expect to work during retirement due to a need for money. That's the latest from a new Schwab survey of adults aged 54 to 70 who are saving in a 401(k) plan. Meanwhile, 40% of respondents say they'll probably work in some capacity in retirement, not because of a financial need, but, rather, because they want to. And 25% of older adults don't intend to work during retirement at all.

Before you make any plans to work or not as a senior, you'll need to evaluate your nest egg, as well as your other income sources, and see what sort of lifestyle that will buy you. Furthermore, you may need to get on board with the idea of working part-time when you're older -- whether you want to or not. 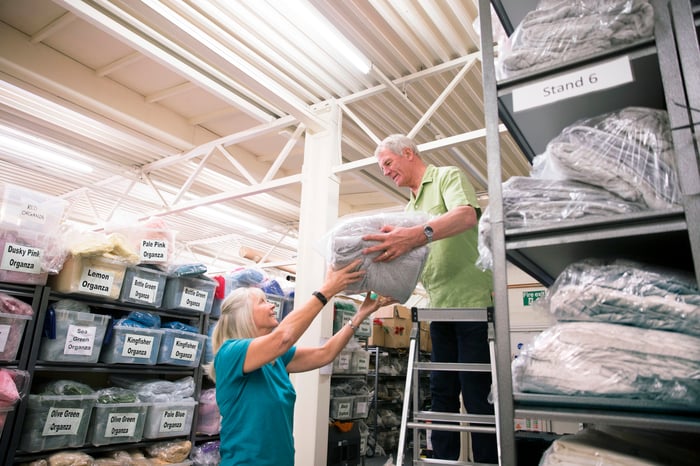 Will you need to work in retirement?

You might think you'll have enough money to pay the bills in retirement, but are you really sure? Before you write off the idea of holding down a job, think about how much money you have to look forward to. Unless you happen to have an employer pension or another substantial income stream (like a rental property), chances are your two primary sources of money will be savings and Social Security. And if you think you can mostly live on the latter, you're sorely mistaken.

Contrary to what you may have been led to believe, Social Security won't provide enough income to support you in retirement. If you were an average earner, those benefits will probably replace about 40% of your previous income. Most seniors, however, need about double that amount to live comfortably.

Of course, if you have a nest egg, that's another solid source of cash coming your way. But before you get too caught up in whatever balance you end up with, think about how much yearly income it'll actually give you. Most financial experts recommend withdrawing about 4% of your nest egg's value each year during retirement, assuming you don't leave the workforce at a particularly young or old age.

Now keep in mind that Social Security pays the average recipient a little over $1,400 a month at present, or $17,000 a year. When we combine that with the $24,000 above, we get a total annual retirement income of $41,000. The average retiree, however, spends $46,000 a year on living expenses, which means that in this example, you're short $5,000 a year. Furthermore, if your goal is to travel extensively or pursue other potentially costly hobbies, you'll probably need more money than the typical senior.

And that's why it pays to be open to the idea of working in retirement. It never hurts to have extra cash on hand to occupy your newfound downtime, and if your bills come in higher than expected, that added income will bridge whatever gap you face.

That said, you don't need to stock shelves at a grocery store to earn money as a senior. You could instead look into starting a business, consulting in your former field, or even turning a hobby, like gardening or cooking, into a moneymaking opportunity. Remember, too, that working in retirement offers some nonmonetary benefits -- like giving you something meaningful to do with your abundance of free time.

Whether you end up working in retirement will depend on a number of factors, but don't be too quick to assume you won't have to do it. In fact, it pays to make sure your skills don't fall by the wayside as your full-time career draws to a close. This way, if you do end up needing to work as a senior, it'll be easier to get back into the game.

Most Older Americans Think They Won't Need to Work in Retirement. Are They Right? @themotleyfool #stocks Next Article
Current