Earlier this year, seniors got some good news on the Social Security front: Recipients will be getting a 2.8% cost-of-living adjustment (COLA) for 2019, bringing the average monthly benefit up from $1,422 to $1,461. For anyone living on a fixed income, an additional $39 a month, or $468 a year, is certainly nothing to scoff at. But before you get too excited about that increase, keep in mind that it probably won't impact your finances as much as you expect it to.

The purpose of Social Security's COLAs is to allow seniors to retain their buying power in the face of inflation. Yet those benefits have been falling considerably short in recent years, so much so that recipients have lost an estimated 34% of their buying power since the year 2000, according to the Senior Citizens League. 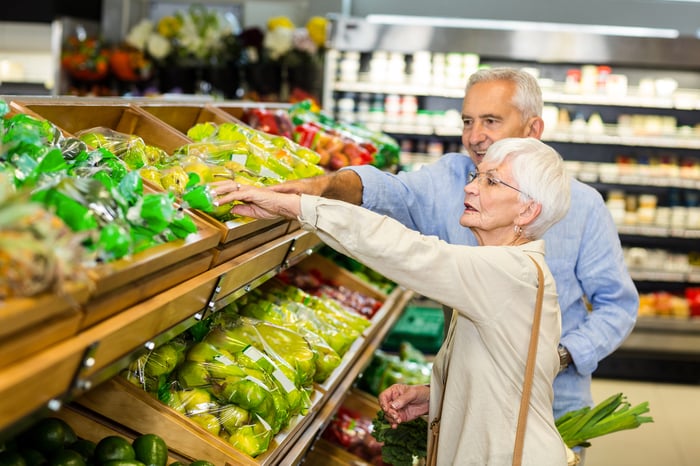 Much of the problem stems from the fact that Social Security was never designed to sustain retirees by itself, yet many seniors rely on those benefits for the bulk -- if not all -- of their income. In reality, Social Security will replace about 40% of the average earner's pre-retirement earnings. Since most seniors need close to double that amount to live comfortably, depending on those benefits alone often means struggling financially even with a modest year-to-year boost. And that's why next year's increase should be taken with a grain of salt -- especially if you're in the habit of banking on those payments to cover the bulk of your bills.

Change your own financial fate

There's nothing wrong with being happy about a $39 monthly Social Security increase. But if you've been struggling financially in recent years, know that in the long run, it probably won't make all that much of a difference. Rather, if you want to see your finances improve, you'll need to take a more active role in making that happen.

You can start by examining your budget, or creating one if you don't yet have one in place, and identifying ways to meaningfully cut costs. That doesn't mean skipping your standing Tuesday morning coffee date with your fellow senior pals at the local cafe. Rather, it means making a more drastic move, like downsizing your living space or relocating to a less expensive part of the country where you'll be better able to stretch those benefits. Another option? Unload a car you technically don't need. Having a vehicle might be more convenient, but if you can rely on public transportation instead, you're apt to save a chunk of money.

On top of making lifestyle changes, you might need to consider getting some sort of job to generate income, especially if you have little or no savings to draw from. If you don't want to answer phones, work a cash register, or push papers at an office, you can look into starting a new business or turning a hobby into a money-making opportunity. There's nothing wrong with doing work you enjoy, provided it puts a substantial amount of money back in your pocket.

Next year's Social Security raise is unquestionably a good thing; it just may not be the life-changing event you expect it to be. And the sooner you realize that, the more empowered you'll be to take financial matters into your own hands and make changes for the better.