If you're saving in an IRA, you're already doing your part to ensure that you have access to income in retirement. At the same time, it's important to stay on top of your account so that it serves you well when you need it. With that in mind, here are three critical IRA mistakes to avoid in the coming year.

1. Not knowing that the annual contribution limits have increased 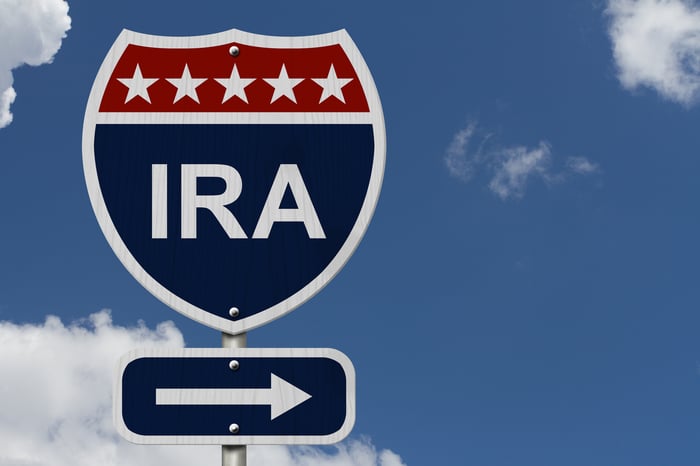 This may not seem like such a substantial difference, but if you're saving in a traditional IRA, it could really help your taxes next year. Traditional IRA contributions are deductible for the tax year for which you make them. This means that if you contribute an extra $500 in 2019 and your effective tax rate is 30%, you'll shave $150 off of next year's IRS bill.

Furthermore, saving an extra $500 next year alone could make you a lot richer in retirement. If you let that $500 sit in your IRA for 40 years and it averages a 7% annual return during that time, it'll grow to about $7,500. And that's a nice chunk of additional cash for your golden years.

2. Not taking advantage of catch-up contributions

The reason IRA annual contribution limits are higher for workers 50 and over is that older workers get a catch-up provision to help them boost their savings later in life. If you're behind on retirement savings, it absolutely pays to capitalize on that catch-up, even if doing so requires you to cut back on other expenses to free up that cash.

What exactly does it mean to be behind on savings? That'll depend on your current age, your desired retirement age, and the lifestyle you want to live once you stop working.

As a general rule, however, you should expect to need about 80% of your former earnings to live comfortably in retirement. You can also, at least as a baseline, plan to withdraw about 4% of your nest egg's value each year in retirement to avoid having to worry about depleting it prematurely. This means that if you're at the latter stage of your career earning $100,000 a year, you'll need about $80,000 a year to live comfortably as a senior. A good $30,000 of that might come from Social Security, leaving you responsible for the other $50,000, which means you'll ideally want to retire with $1.25 million in savings. If you're 60 with only $800,000 saved, and you sock away $7,000 a year for the next six years at an average annual 7% return, you'll be right at that $1.25 million in time for retirement. Save just $6,000 a year, and you'll come up a bit short.

3. Not considering a Roth

Though traditional IRAs offer an immediate tax break on contributions, withdrawals are taxed in retirement, leaving you with less of an income stream when you're older. Roth IRA contributions, by contrast, don't offer an up-front tax break, but when the time comes to retire, that money is yours free and clear of taxes. Roth IRAs offer other benefits, too, like the ability to leave your money to your heirs and more withdrawal flexibility along the way, so before you set your mind on funding a traditional IRA next year, think about whether a Roth makes more sense.

The one challenge you might encounter is that higher earners can't fund Roth IRAs directly. For 2019, you won't be able to contribute to a Roth once you earn more than $137,000 as a single tax filer or $203,000 as a married couple filing jointly. But that doesn't mean you're out of options. If you so choose, you can put money into a traditional IRA and then convert it to a Roth later on. You'll need to pay taxes on the money you move over, but you'll then get to reap the benefits of a Roth down the line.

The more thought you put into your IRA, the more it'll do for you in retirement. Avoid these mistakes, and you'll be thankful for it later in life.