Please ensure Javascript is enabled for purposes of website accessibility
Log In Help Join The Motley Fool
Free Article Join Over 1 Million Premium Members And Get More In-Depth Stock Guidance and Research
By Maurie Backman – Jan 2, 2019 at 7:36AM

Are you one of them? If so, here's how to put the extra money to work.

Despite the strong economy we've been enjoying, nearly a quarter of Americans are concerned about stagnant wages. It's therefore encouraging to learn that lower earners might see a boost in their income in 2019. Almost half the states, plus Washington, D.C., are increasing their minimum wage this year. All told, 17 million workers could see their earnings go up in the following places: 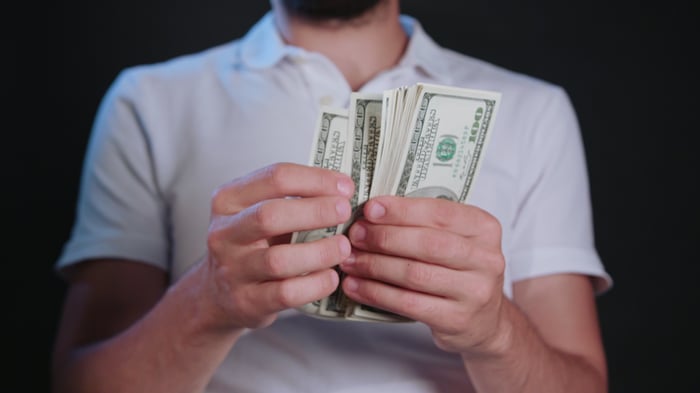 In Alaska, meanwhile, the minimum wage is set to rise by a mere $0.05. And it's going up by less than $0.50 in Florida, Michigan, Minnesota, Montana, New Jersey, Ohio, Rhode Island, South Dakota, and Vermont. Still, you can argue that any earnings boost is better than nothing, especially when you're living paycheck to paycheck.

If you're expecting a raise this year, it pays to make the most of it -- even if it's a truly modest one. Here's how:

When you're earning the minimum wage, or close to it, having extra money in your paychecks for emergencies is highly unlikely. That's why it's crucial to have some cash reserves in the bank. Otherwise, you risk racking up debt the next time your car breaks down, your home needs repairs, or you're hit with a costly medical bill. Ideally, your emergency fund should contain enough to cover at least three months' worth of living expenses. Therefore, if you're used to paying your bills on your current income, take your extra earnings and stick them in the bank until you're more secure financially.

If you're carrying debt, you probably know that the longer you maintain your various balances, the more interest you'll accrue, thereby adding to your existing load. Once your emergency fund is fully established, you'd be wise to apply your extra earnings toward your existing debts. So look at what you owe, figure out where you're paying the most interest, and pay those debts first. Then, move on to less costly debt until you're finally in the clear.

When you're earning a relatively low wage, saving for retirement might seem next to impossible. But if you commit to socking away whatever extra money lands in your paychecks, you'll build a respectable nest egg over time. Imagine you work 40 hours a week and get a $1 increase per hour for a total of roughly $160 a month. If you were to save that $160 a month over a 25-year period, you'd wind up with about $121,000 in time for retirement, assuming an average annual 7% return on your invested savings during that time.

If you're fortunate enough to see your wages increase this year, use that money responsibly by building an emergency fund, ridding yourself of debt, and saving for the future. You'll be thankful in the long run.