Workers have several options for saving for retirement. Those with access to a 401(k) can choose to take advantage of their employers' plans or otherwise sock away money in an IRA.

There are benefits and drawbacks to saving in either type of account. IRAs, for example, offer the advantage of vast investment choices, whereas 401(k)s often limit savers to just a handful of funds. On the other hand, 401(k)s offer the potential for employer matching dollars, which basically translates into free money for your account.

Of course, saving for retirement in either an IRA or a 401(k) is a smart move. But if you're torn about which plan to fund, here are three reasons why 401(k)s should win out. 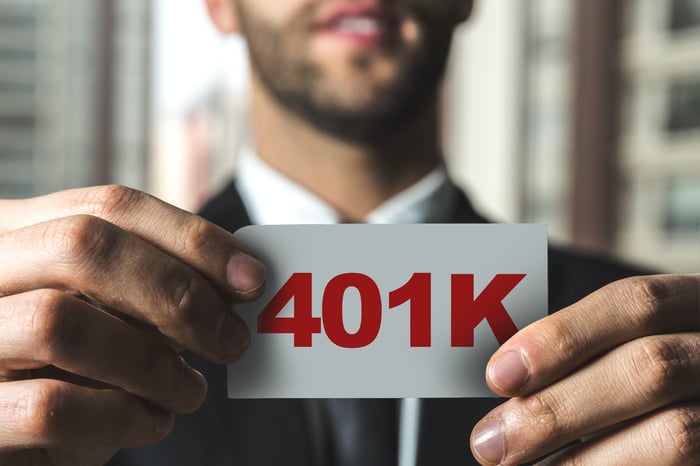 1. They have higher annual contribution limits

Furthermore, if you're saving in the traditional version of either account (as opposed to a Roth IRA), you'll get an instant tax break for contributing. And the more you're able to contribute, the greater that tax break will be.

2. You can potentially withdraw funds at age 55 without penalty

As just mentioned, the money you contribute to a traditional IRA or 401(k) goes in tax free. In return for that tax break, the IRS insists that you keep your money locked away until you reach age 59-1/2. That way, you're more apt to use it for its intended purpose -- retirement. Withdraw funds from either account prior to age 59-1/2, and you'll generally face a 10% early withdrawal penalty on the sum you remove.

That said, if you're 55 years old and have your savings in a 401(k), you might manage to get at that money right away and avoid that nasty penalty. If you leave the company sponsoring your 401(k) at age 55 (or older), you get the option to cash out your account as you see fit; you don't have to roll it into another qualifying account. IRAs don't offer that same flexibility (though to be fair, there are exceptions under which you can take an early penalty-free withdrawal from an IRA as well).

3. You can avoid RMDs as long as you're still working

When you save in a traditional IRA or a 401(k), you're not allowed to leave your money to sit and grow forever. Rather, you must start taking required minimum distributions, or RMDs, by April 1 of the year after the year in which you turn 70-1/2. That probably sounds confusing, but what it means is that if you turn 70-1/2 at any point in 2019, your first RMD will be due by April 1, 2020, and all subsequent RMDs will be due by Dec. 31 year after year. The exact amount of your RMD will depend on your account balance and life expectancy at the time, and if you fail to take your RMD on time or in full, you'll be hit with a 50% penalty on whatever amount you neglect to remove. This means that if your RMD for a given year is $8,000 and you don't take it at all, you'll forgo $4,000.

There is, however, an exception to this rule if you have a 401(k). If you're still working for the employer sponsoring your 401(k) when you turn 70-1/2 and you don't own 5% or more of the company in question, you can avoid RMDs as long as you remain employed by that same company. This will allow your savings to grow even more (not to mention help you avoid taxes, since RMDs taken from traditional retirement plans are subject to taxes, just like regular withdrawals are).

There's no question about it: Saving in any type of tax-advantaged retirement plan is a wise idea. And there are plenty of good reasons to save in an IRA. But if you really want to set yourself up for a solid future, 401(k)s are the way to go.