The financial choices I've made in life haven't always been stellar. For example, I didn't start funding a retirement plan as early on in my career as I should've, and as such, I missed out on years of compounded growth that would've made a difference in the long run. I've also been known to fall victim to impulse purchases like so many Americans do on the regular, which have thwarted some of my savings goals.

On the other hand, not every move I made was a total fail. Here are a few financial choices I'm pretty proud of to this day.

1. I kept my student debt low

My top choice for college was a private university that would've easily left me $80,000 in debt. Instead, I opted for an in-state public school, worked my way through college, and racked up $12,000 in debt -- not a negligible amount, but nowhere near the $80,000 I briefly contemplated. In doing so, I saved myself years of loan payments, and during that time, I was able to put money away for other important matters. 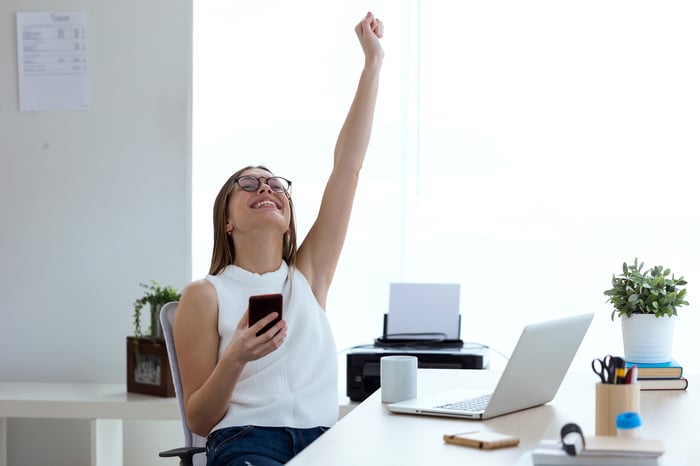 2. I paid off my student debt quickly

Once I graduated college, I had a six-month grace period before my student loan payments actually kicked in. Upon realizing that, I grew determined to pay off my debt during that timespan to avoid racking up interest on the amount I borrowed. I knew that saving about $2,000 a month would be tough on an entry-level salary, but I forced myself to live an extremely frugal lifestyle to make it happen. I packed my lunch for work every day, pretty much never went out, and only bought clothing I needed for my job. I was also, admittedly, fortunate enough to get the option to move back home and live rent-free during that time, which was definitely a factor in my success. Still, I made a lot of sacrifices to knock out my debt so quickly, and it helped me avoid the stress so many of my peers faced for years.

I've been using a credit card since college, but I'm proud to say that not once did I rack up charges I couldn't pay off by the time they came due. This means I never had to throw away money on interest, and I was able to keep my credit score at a favorable level (too much outstanding debt can drag down your score), which helped me in other ways. For example, when I was ready to apply for a mortgage, I snagged a remarkably low rate because my credit was in top shape.

4. I didn't take on too high of a mortgage

Speaking of mortgages, we're told we're supposed to keep our housing costs to 30% of our take-home pay or less. Included in that 30% is an actual mortgage payment as well as property taxes and insurance. When I was looking to buy a home, I knew I could qualify for a substantially higher mortgage than I sought out, but I intentionally kept my housing costs on the lower side of what I could afford to free up money for other things. Doing so has bought me a world of financial flexibility through the years. Though housing still eats up a substantial portion of my income, I'm able to do things like travel, dine out, and pursue hobbies more freely than I would with a mortgage twice the size of my current one. Keeping my housing costs reasonable also gives me breathing room at times when I'm stuck with costly car repairs or medical bills.

5. I built an emergency fund

I'm certainly no stranger to unplanned expenses, like the time I blew my car's transmission trying to drive it up a snow-covered hill (oops), or the time my heating system went kaput on what ended up being the coldest night of that particular winter (true story). Thankfully, I built an emergency fund long ago that served as my safety net for these and other incidents. Having at least six months' worth of living expenses at the ready has helped me avoid debt, and avoid a meltdown, when some nasty financial surprises came my way. Just as I made sacrifices to pay off my student loans quickly, so too did I have to seriously curb my spending to establish that level of savings, but I made it my priority and stuck to that goal until I got there. I've also made a habit of replenishing my emergency fund every time I've dipped in.

When it comes to financial matters, nobody's perfect -- least of all me. But I do take pride in getting a few money moves right along the way, and hopefully, you'll learn from my wins and aim to do the same.