Claiming money in retirement accounts you've forgotten about can have a significant impact on your nest egg.

You work hard for your retirement savings, so you don't want to lose track of those funds. But, according to the U.S. Government Accounting Office (GAO), 17 states reported a total of $35 million in unclaimed retirements funds in 401(k)s and Individual Retirement Accounts (IRAs) in 2016. Now, considering there was $28.2 trillion in total retirement market assets in 2017, according to the Investment Company Institute, $35 million is just a drop in the bucket.

Still, owners reclaimed $25 million of that figure in 2016. The average 401(k) amount reclaimed was $601, and the average IRA amount was $5,817. These sums can handily boost a retirement nest egg, whether it's already robust or otherwise struggling. In other words, if you have unclaimed retirement funds sitting somewhere, it can have a big impact on your retirement to find them. 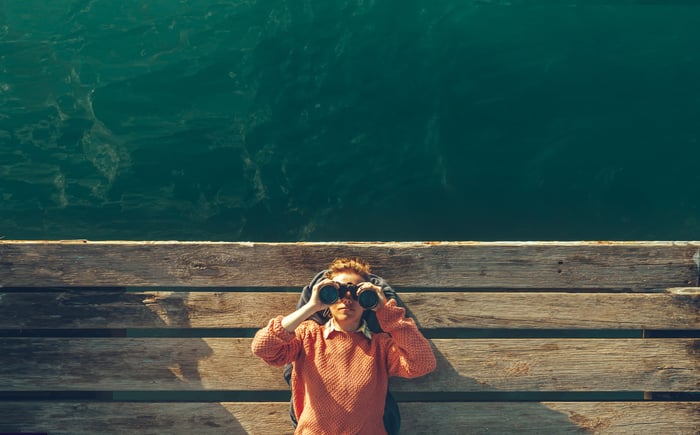 Unclaimed funds: What are they?

How do people lose their retirement funds? It's not as Twilight Zone as it sounds. When 401(k) retirement plan distribution checks are not cashed, or IRA accounts are not claimed within three to five years, then employers and financial institutions can transfer the amounts to state unclaimed property offices.

Multiple factors contribute to checks remaining uncashed and unclaimed. Sometimes, employers auto-enroll employees in 401(k) funds to maximize the number of enrolled workers. But because it's automatic, some people may never realize part of their paychecks are being diverted into these tax-advantaged retirement accounts. As a result, when they leave the company, they may be totally clueless that 401(k) funds are due to them. Or, if they're aware of the account, perhaps they simply fail to update their contact information and forget about the account entirely after changing jobs.

In addition, many 401(k) plans have a vesting schedule, which determines when participants actually own the matching contributions from by the employer.

While vesting schedules are usually described along with the plan, some retirement fund participants may not realize they were vested in matching contributions, especially if the vesting was not immediate.

Both 401(k) and IRA investors, particularly if they opened the accounts at a young age, may either lose paperwork on their accounts as they move around or not remember the accounts exist. People with multiple employers may lose them or not keep adequate records of all them, or they may not learn until later in life about the importance of tracking their retirement accounts, coming to understand how every penny counts in retirement.

While many states attempt to contact the owners of funds that reach their unclaimed property offices, bear in mind that they may not receive your information, or they may not have policies requiring them to contact owners. However, you can usually claim your funds from these offices at no cost.

The moral of the unclaimed funds story is: Always keep track of where your retirement funds are, and save the paperwork. The day will come when you will need -- and want -- that tax-advantaged money.

How do you find lost retirement funds?

If you think you may have unclaimed retirement funds, you will have to play detective, but it could prove worthwhile.  Because retirement funds rise in value over time, plan to reinvest the money into a retirement account. Don't treat it as mad money to blow on expensive restaurant meals or a shopping spree.

You have 60 days to roll over a 401(k) or an IRAs into existing an retirement account. (If you currently don't have an account, it pays to open an IRA to roll over the money.) If you wait longer than 60 days, you'll have to pay interest and penalties for a withdrawal, unless you're 59 1/2 years old or older. That's the age at which folks can withdraw distributions from their 401(k)s and IRAs without penalty.

If you think you have money in a 401(k), call the human resources department of the company you worked for first. If you have paperwork with contact information, go ahead and use it. If not, go to the company's website and find it that way. Be prepared to give them your dates of employment and your Social Security number.

Finally, if you can't find either your former company or the plan administrator via your paperwork or the government, try general computer searches for both.

2. Contact the financial institution where you had the funds

If you had an IRA or a rollover 401(k) at a bank, brokerage, or other financial institution, contact them. If you have records with contact and account information, start with that.

3. Use the National Registry of Unclaimed Retirement Benefits

If the first two methods fail, click over to the National Registry of Unclaimed Retirement Benefits to continue your search, and have your Social Security number handy.

If you do find unclaimed money, it's a good idea to roll it over into your current retirement accounts. Keeping retirement funds in just one or two accounts will simplify your record-keeping going forward. For which types of plans you can roll your found retirement funds to, plus how to do it, see here..