Please ensure Javascript is enabled for purposes of website accessibility
Log In Help Join The Motley Fool
Free Article Join Over 1 Million Premium Members And Get More In-Depth Stock Guidance and Research
By Maurie Backman – Apr 28, 2019 at 6:18AM

It's one thing to be giving, but it's another thing to ruin your chances of enjoying your golden years.

It's not easy being a young adult. Between entry-level wages and student loans, many younger folks struggle to get ahead, and as such, rely heavily on their parents to help stay afloat. 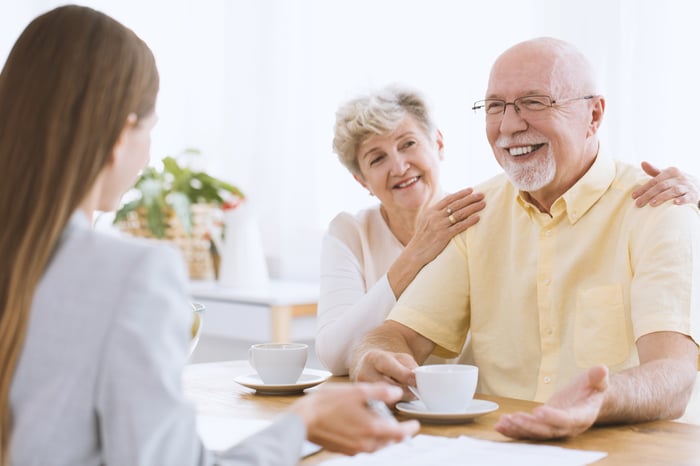 Not surprisingly, 83% of parents who provide financial support to grown kids say that they do so to help their children get ahead. And the same percentage of young adults feel grateful, not guilty, to be on the receiving end of that support.

If you've been in the habit of supporting your adult kids financially, then you should know that you're doing an extremely generous thing. Unfortunately, it might also be an imprudent move that ultimately wrecks any chance you might've had at a secure retirement.

You need that money more than your kids do

Imagine you support your adult kids to the tune of $500 a month over a 15-year period. If you were to save that money in an IRA or 401(k) instead, and invest it at an average annual 7% return, you'd have an extra $150,000 for your golden years. That's a lot of income to give up later in life.

Remember, while you'll likely have some income from Social Security to look forward to in retirement, those benefits will only cover a small portion of your bills. The rest of your expenses will require some serious savings, which means that unless you're rolling in money, you probably can't afford to be giving your grown kids the support they've been getting.

But that doesn't mean you can't support your young adult kids in other ways. For example, if you have a recent college grad, you might allow him or her to move back home and live rent-free for a year or two. Doing so won't necessarily impede you from saving for retirement, but it will allow your child to save money that can be used to pay down student debt, build an emergency fund, or serve as a home down payment.

Another way to help your grown kids out? Help ease the burden of child care. If your work schedule is flexible, offer to pick up your grandkids after school so your own children save on babysitting. There are plenty of ways you can be generous without risking your future, so start getting back in the habit of putting your own needs first. Your retirement pretty much depends on it.