Filing for benefits at 70 is a smart idea -- except when it isn't.

Social Security serves as a lifeline for millions of seniors today, and if you expect it to play a large role in your retirement, then it pays to be strategic about claiming your benefits. Your benefits themselves are calculated based on your earnings history, but the age at which you file for them can cause that number to go up or down.

If you claim benefits at full retirement age, or FRA, you'll get the precise monthly payment your earnings record entitles you to. FRA is 66, 67, or somewhere in between, depending on your year of birth. That said, you can sign up for benefits as early as age 62, but know that for each month you file ahead of FRA, your benefits will be reduced. On the other hand, if you hold off on benefits past FRA, you'll accrue delayed retirement credits that boost your monthly payments by 8% a year, up until age 70, at which point that incentive runs out. 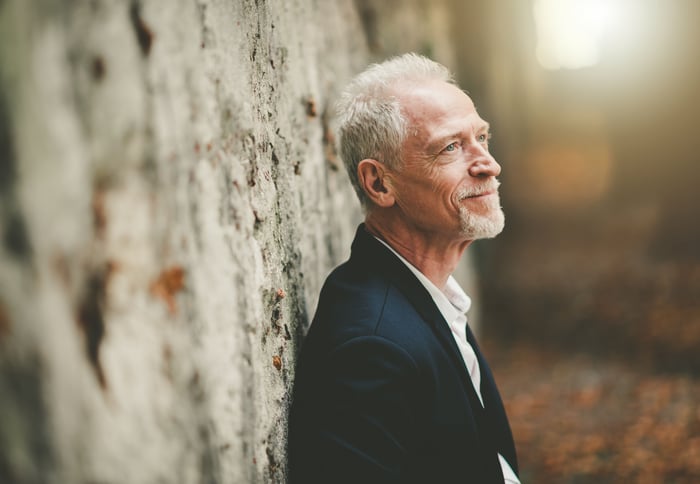 Since filing for Social Security at 70 guarantees a higher monthly payout, some seniors are eager to go this route. And if you're approaching retirement with minimal savings, it's a smart idea to consider. That said, there's one scenario in which claiming Social Security at 70 is a truly bad idea, despite the potential boost involved: You're nearing retirement in really poor health.

Social Security: Why your health matters

One lesser-known fact about Social Security is that it's designed to pay you the same total in lifetime benefits regardless of when you initially file. The logic is that filing early will reduce the amount you collect each month, but you'll collect more payments in your lifetime. And on the flip side, filing late will boost your individual payments, but you'll collect fewer.

This formula, however, assumes one key thing, and it's that you'll live an average life span. If your health is notably poor going into retirement, then chances are that unfortunately won't happen, and as such, waiting until 70 to claim benefits could cause you to lose out on lifetime income you otherwise might have collected.

Imagine you're entitled to a $1,500 monthly benefit at a FRA of 67. Waiting until 70 to collect Social Security will boost each individual payment you receive to $1,860. Now, that might seem like a win, but in reality, you'll only break even -- meaning, collect the same total in both filing scenarios -- at age 82 1/2, with $279,000 in total Social Security income. If your health is abysmal, however, then you may not make it to 82 1/2, in which case filing earlier could help you come out ahead financially in your lifetime.

In fact, if you're really in bad shape health-wise, it often pays to claim benefits as early as possible. Though doing so reduces your income on a monthly basis, on a lifetime basis, you might end up with more.

Going back to our example, if you were to file for Social Security at 62 instead of 67, you'd reduce a monthly benefit of $1,500 to $1,050 but also collect 60 more individual payments. If you were to then pass away at the relatively early age of 75, you'd come out roughly $20,000 ahead by claiming benefits at 62.

Therefore, while filing for Social Security at 70 is, in many cases, a prudent and responsible move, that holds true only if your health is decent. If it's not, then you stand to lose out on lifetime income by delaying benefits. It's never easy to contemplate your own mortality, nor can you ultimately predict it. But if your health just isn't good later in life, be sure to take it into account when deciding when to claim Social Security, and file at a time that allows you to get the most money from the program as possible.