Please ensure Javascript is enabled for purposes of website accessibility
Log In Help Join The Motley Fool
Free Article Join Over 1 Million Premium Members And Get More In-Depth Stock Guidance and Research
By Maurie Backman – May 16, 2019 at 6:07AM

It may, to some extent. But that doesn't mean you're totally out of luck.

Social Security currently pays the average beneficiary $17,532 a year, and while that's not a huge amount of money compared to what 12 months of living expenses could look like, it's certainly a helpful means of supplementing other income sources, like personal savings or part-time work. But the newest Social Security Trustees Report paints a pretty bleak picture of the program's finances, so much so that many Americans are worried about whether the program will actually be there for them in retirement. The question is: Will those benefits come through for you?

Because Social Security gets its revenue from payroll taxes, under its current structure, the program can't go bankrupt. Therefore, workers who worry that they won't manage to collect benefits in retirement need not fear -- those benefits aren't in danger of going away completely. 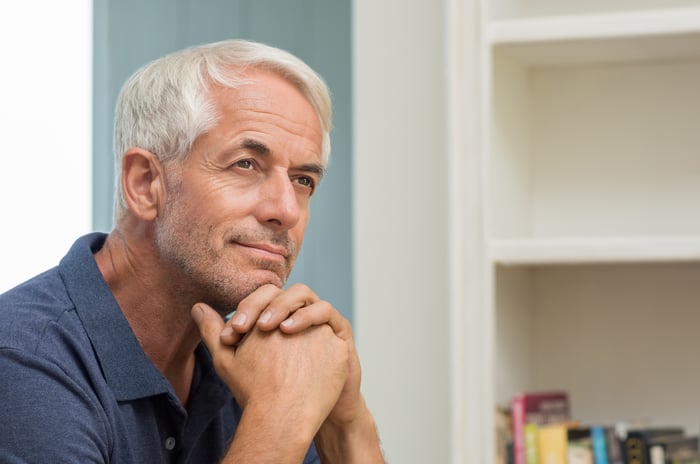 That said, Social Security is facing a serious income shortfall, and once its trust fund runs out, recipients could see their benefits slashed by as much as 20%. Last year, the Social Security Trustees estimated that this would happen in 2034, but this year's report pushes that unwanted milestone back a year to 2035. Still, it's hardly good news for anyone who's counting on Social Security to cover a chunk of the bills in retirement.

The fact that Social Security may be forced to cut benefits is problematic. But one thing you need to realize is that Social Security is only designed to replace about 40% of the average worker's pre-retirement income. Most seniors, however, need roughly double that amount to live comfortably. If benefits were to get slashed by 20%, they'd obviously represent an even smaller percentage of replacement income -- but that doesn't necessarily mean you'll be out of luck in retirement, provided you take steps to save appropriately while you're working.

What does "appropriately" mean? For the most part, setting aside 15% to 20% of your income (or more, if you can) for the future. It may seem like an impossibility, but think about this: If you were to go through your monthly expenses, chances are, there's the option to cut back on 15% to 20% of your spending. You may need to take a few drastic steps to make that happen, whether it's downsizing your home, giving up a car and relying on public transportation instead (not an option for everyone, but for many city dwellers), or cutting out luxuries like restaurant meals, takeout, cable, and other forms of entertainment.

How much savings might you amass? Imagine you cut your housing costs in half and free up $750 a month in the process. If you were to set that money aside in an IRA or 401(k) over a 30-year period, and invest your savings at an average annual 7% return, you'd wind up with $850,000. That 7% return, by the way, is a couple of percentage points below the stock market's average, so it's a reasonable assumption over a lengthy investment window.

Now let's assume you withdraw 4% of your $850,000 nest year each year in retirement, which is what many financial experts recommend. That would give you $34,000 a year to work with, give or take adjustments for inflation. Let's also assume that a 20% cut in Social Security benefits comes to be, in which case the average monthly benefit of $17,532 gets whittled down to more like $14,000. In your situation, you'd still have a good $48,000 of annual income to live on, which is totally doable if you maintain a modest lifestyle (meaning, you're not vacationing in the Alps every year).

Also, keep in mind that while Social Security may be forced to cut benefits in the future, those benefits are also eligible for annual cost-of-living adjustments that bring them up over time. Therefore, when we talk about a 20% reduction in benefits, we're not necessarily talking about 20% less than today's numbers, so that's something to think about.

Though Social Security might ultimately let you down to some extent, you can take steps to avoid getting hurt by the program's financial shortcomings. Remember, even if benefits aren't slashed, they still won't suffice in paying all of your bills in retirement. The sooner you compensate by saving aggressively, the less you'll struggle financially during your golden years.