Saving for retirement is an important thing to do, especially for women. Because women tend to earn less than men, they're likely to collect lower benefits from Social Security. Also, because they tend to outlive their male counterparts, there's an increased likelihood they'll need some type of paid long-term care as they age. 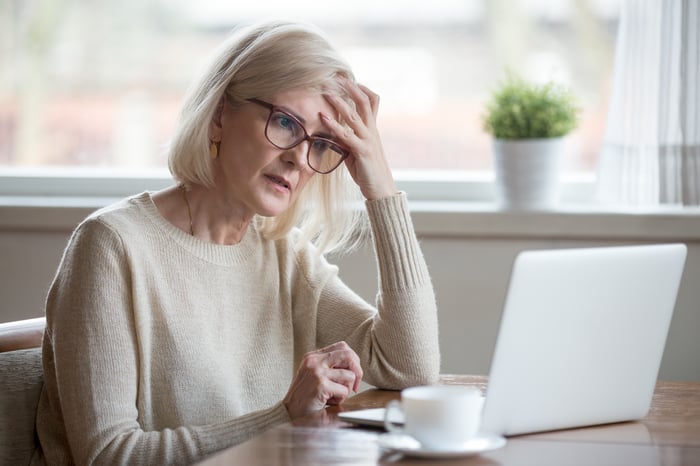 Not surprisingly, women feel less financially well in general, too. While 65% of men consider themselves to be doing well financially, only 43% of women express the same sentiment.

Of course, women have their share of obstacles to overcome on the road to building solid retirement savings. But it's imperative that they take steps to catch up to their male counterparts, because if they don't, they'll risk struggling financially down the line.

Why women struggle to save

The reason women often have a hard time socking funds away for retirement boils down to the ever-present wage gap. Job site Glassdoor reports that women earn just $0.79 for every dollar earned by their male counterparts. Furthermore, women are more likely to take career breaks than men, whether to raise their own children or provide care for older loved ones in need. And not collecting a salary for a number of years means not contributing to a retirement plan during that time, thereby increasing that savings gap.

It's critical that women who are behind savings-wise take steps to catch up. This can be accomplished by cutting back on living expenses to free up cash that can go into a 401(k) or IRA. And fortunately, little bits can go a long way. For example, setting aside an extra $200 a month over 25 years can result in a $152,000 boost in savings, provided that money is invested at an average annual 7% return (a reasonable return for a portfolio that's invested heavily in stocks).

Advocating for raises is equally crucial on the road to catching up on savings. Women who manage to boost their income are apt to have an easier time ramping up their retirement plan contributions. To this end, it pays to dig up salary data and present evidence of being underpaid. Sites like Salary.com and Glassdoor make it easy to compare earnings by job title and geographic location. Boosting job skills can also result in career growth and increased pay, so women intent on boosting their savings can also try the age-old tactic of getting better at what they do and providing more value to their employers.

It's estimated that retirement will cost the typical American $828,000. Women who want to live comfortably during their golden years must take steps to keep pace with men on the savings front, even if it means tackling extra hurdles along the way.