Please ensure Javascript is enabled for purposes of website accessibility
Free Article Join Over 1 Million Premium Members And Get More In-Depth Stock Guidance and Research
By Maurie Backman - Nov 20, 2019 at 6:34AM

In addition to the money you save in your IRA or 401(k), your Social Security benefits will play a huge role in determining what your retirement income looks like. But if you don't read up on how the program works, you could wind up slashing those benefits for life. Such is the risk many of today's older workers take, and it all boils down to a lack of knowledge about one key factor: full retirement age, or FRA.

According to a Nationwide study of Americans aged 50 and older, only 24% of older adults can correctly identify their FRA. In fact, future retirees, on average, think they're entitled to claim their full Social Security benefits at 63 when, in reality, that's at least three years early.

If you're not familiar with what FRA is and how it affects your benefits, you'll risk reducing a major income stream for life. And that's a chance you can't afford to take. 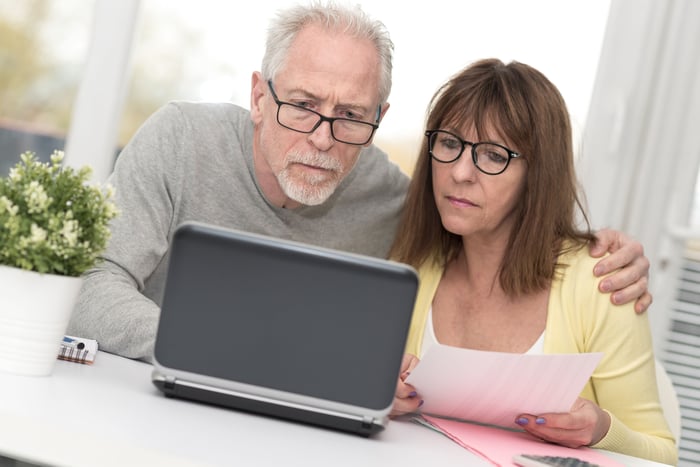 Your Social Security benefits are calculated based on the wages you earn during your 35 highest-paid years of employment. But you're only entitled to collect those benefits in full upon reaching FRA.

FRA isn't the same for all seniors; it's based on your year of birth, as follows:

Now you are allowed to claim benefits before reaching FRA; you can do so as early as age 62. But for each month you file for Social Security ahead of FRA, your benefits will be reduced, and generally on a lifelong basis. The extent of that reduction will depend on how early you file, but let's assume you were born in 1961 and are therefore looking at an FRA of 67. Here's how your benefits will be affected if you file early:

To give these percentages some context, imagine you're looking at a monthly benefit of $1,500 at an FRA of 67. Filing at 62 will leave you with just $1,050 a month instead, for life. The only way that reduction won't be permanent if is you withdraw your benefits application within a year of filing, and also pay back all the money you collected from Social Security within that timeframe. The latter is easier said than done, which is why most of the time, the monthly benefit you start out collecting is the same amount you continue to receive for life (not including annual cost-of-living adjustments).

But if you are going to file early, do so for a good reason, and not due to a lack of knowledge about when you're entitled to your full monthly benefit. Contrary to the survey results, 63 is not the age you can collect a full retirement benefit, and neither is 65, despite the fact that it's when Medicare eligibility begins. Knowing your facts will help you make a smart filing decision that serves you well throughout retirement.