Please ensure Javascript is enabled for purposes of website accessibility
Log In Help Join The Motley Fool
Free Article Join Over 1 Million Premium Members And Get More In-Depth Stock Guidance and Research
By Maurie Backman – May 20, 2020 at 6:02AM

The COVID-19 crisis has made an already precarious financial situation even worse for Social Security.

For years, experts have been warning that Social Security's long-term financial outlook is bleak, and the program's most recent Trustees Report, released in April 2020, confirms that. Specifically, that report projects that Social Security's combined trust funds will run dry in 2035. Once that happens, the program will no longer have the financial means to continue paying benefits as scheduled. Rather, Social Security will be forced to implement benefit cuts that hurt current and future recipients.

Clearly, the idea of reduced benefits in 15 years' time isn't comforting. But some experts are now warning that we could see that time frame moved up. In fact, if current economic conditions persist, we may see Social Security deplete its trust funds prior to 2030, thereby causing untold harm for beneficiaries sooner than expected. 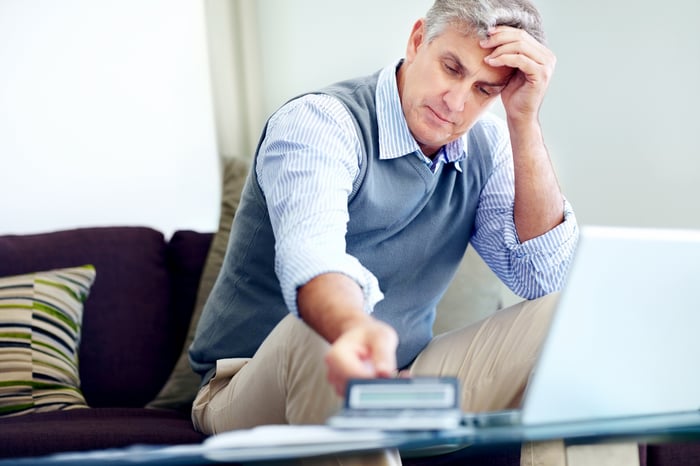 What changed with Social Security?

The program can dip into its trust funds to make up that difference and avoid a reduction in benefits, but only for so long. Once those cash reserves run dry, benefit cuts may be inevitable.

But the reason that trust fund depletion date has been pushed up so drastically boils down to the impact of COVID-19. In April, unemployment levels reached a record high, and with so many millions of Americans out of work, Social Security's primary revenue stream is taking a major hit. And while unemployment benefits are considered taxable income, they're not subject to Social Security taxes, so there won't be any extra money filtering into the program that way.

Making matters worse is the fact that we don't know how long the economy will stay shut down, but we can't discount the possibility of unemployment levels staying high for months, or a year. Meanwhile, the prediction of a 2035 trust fund depletion date was made prior to the worst of the COVID-19 crisis, so it's fair to say that if current economic conditions persist well into 2021, Social Security is going to have a major problem on its hands sooner than anyone would like.

Let's also not forget that older workers have not been immune to unemployment. In April, the unemployment rate among workers aged 55 and older was 13.6%, compared to 2.6% in January. As such, we may see that a large number of near-retirees wind up leaving the workforce sooner than planned. The result? Less revenue for Social Security, and a greater obligation on the benefits front.

There's a lot to be lost if Social Security benefits are indeed reduced substantially and millions of seniors are suddenly driven into poverty because of it. As such, lawmakers are heavily invested in avoiding a scenario in which benefits are cut. But despite the various solutions that have been thrown around for years -- raising full retirement age, increasing or lifting the wage cap for Social Security taxes -- lawmakers have yet to come to an agreement, and each viable suggestion designed to address the problem comes with a very obvious drawback.

The result? There's no saying whether lawmakers will be able to avoid Social Security cuts despite their desire to do so. And that could leave current and future beneficiaries in a very precarious financial spot -- perhaps much sooner than expected.