The purpose of socking funds away in an IRA or 401(k) plan is to ensure that there's enough money to go around during retirement. But many seniors aren't tapping their nest eggs until they absolutely have to.

In fact, about 80% of retirees aren't touching their IRAs or 401(k) plans until the time comes for them to take required minimum distributions, or RMDs, according to new research by J.P. Morgan Asset Management and the Employee Benefit Research Institute. But is that actually a good thing? 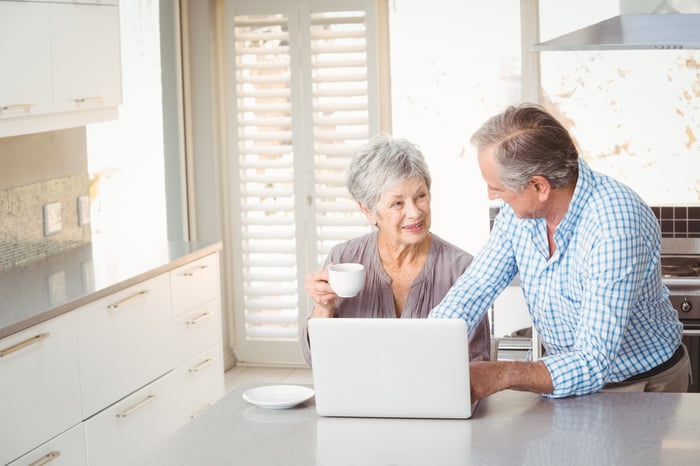 Is there too much hesitation at play?

RMDs don't come into play until the age of 72. But many people retire well before that age. So the fact that most of those surveyed didn't start taking withdrawals from savings until they had to is interesting, to say the least.

On the one hand, that could signify that more seniors are getting by just fine between Social Security benefits, investments outside of a tax-advantaged retirement plan, earnings from a part-time job, or other income sources. But it could also be that some seniors are intentionally depriving themselves of a more rewarding retirement for fear of touching the savings they've worked hard to build.

The fact that many seniors aren't tapping their nest eggs until they have to also speaks to the drawbacks of RMDs. While they aren't a problem for those who need their savings to live on, they can be a hassle for seniors who don't need to tap their nest eggs just yet.

RMDs can automatically create a tax liability for seniors who have their savings in a non-Roth retirement plan. Furthermore, once money is removed from an IRA or 401(k), it stops growing in a tax-advantaged manner.

How to avoid RMDs

RMDs can be a burden for seniors who don't need their savings to live on just yet. The good news, though, is that there's an easy way to get out of taking RMDs, and it's to save in a Roth IRA.

Roth IRAs are the only tax-advantaged retirement plan to not impose RMDs and offer other benefits, as well, like tax-free investment gains and tax-free withdrawals. Roth IRA distributions also don't count as income when it comes to determining whether seniors earn enough to be liable for taxes on their Social Security benefits.

Though higher earners are barred from contributing to a Roth IRA directly, those in that boat can fund a traditional IRA and convert it to a Roth after the fact. Savers will be liable for taxes on the sum they convert, but that eliminates the hassle of paying taxes during retirement.

When should seniors tap their savings?

Ultimately, the best time to take a retirement plan withdrawal is as the need arises. For some seniors, that need may arise earlier than age 72, when RMDs kick in. Those in that position will need to establish a smart withdrawal strategy that allows them to access the money they need while minimizing the risk of depleting their nest eggs in their lifetime.

Meanwhile, for those who can get by just fine without their savings, there's nothing wrong with waiting to take withdrawals until RMDs kick in. But one thing seniors shouldn't do is ignore their RMDs. Failing to take proper withdrawals results in a 50% penalty, and that's a huge hit it's imperative to avoid.