Back in January 2016, Foolish colleague Chuck Saletta wrote a very popular piece entitled, "Forget What the Experts Say -- You Can Retire On Less Than $1 Million." Chuck should know about these things: His family was able to reach total financial independence almost five years ago.

In his most recent installment, Chuck focused on how spending on virtually every category in your life -- transportation, housing, and even health insurance -- go down as your children move out of the house and you move toward retirement. 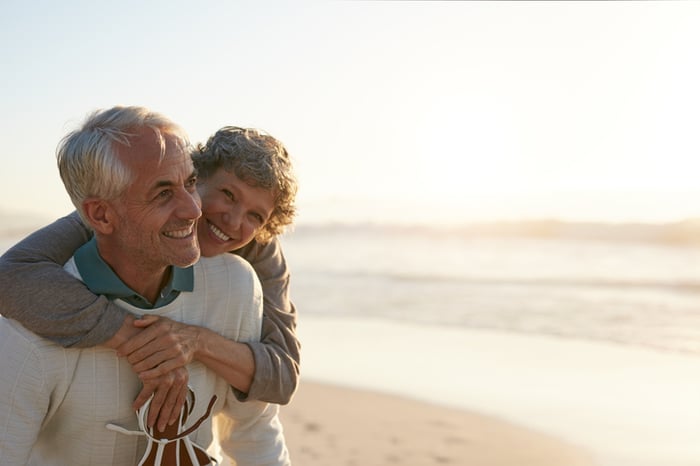 But without any hard numbers, it can be difficult to wrap your mind around such budgetary changes. So I went back and looked at the numbers providedby the Bureau of Labor Statistics. What follows are the average household expenditures for those age 65 and older, per month. Keep in mind, the average American retires at around 62 years old.

Obviously, you'll still need a place to live once you're retired. But average costs are considerably lower than when you are in your prime earning years. There are two reasons for this: Homes are often paid off in full in retirement, and even if they aren't, couples can downsize, as they don't need as much space. This category includes basic outlay for a home, plus upkeep, utilities, insurance, and furniture.

Transportation ($571 per month)
It's hard to believe just how much your morning commute costs. Once you retire, however, you'll save a lot of gas money. Using the BLS definition, this also includes all costs for insurance, maintenance, and even airfare for the occasional trip.

Healthcare ($480 per month)
Here's the one category where spending actually increases in retirement. While costs can vary widely depending on your level of health, Medicare helps dampen some of the sting associated with higher healthcare expenditures. It should be noted that of this money, roughly $324 is spent per month on health insurance premiums.

Food ($459 per month)
It's a fairly popular myth that in retirement, spending on food actually goes up. With retired folks having more time on their hands, the argument goes, they're more likely to eat out. Usually, however, this isn't the case: The average household spends $283 per month on food at home, and an extra $172 per month on food outside their house.

Entertainment ($205 per month)
Again, many people assume that spending on entertainment goes up in retirement, but this often isn't the case. Perhaps that's because the most satisfying forms of entertainment -- like spending time with the grandkids -- cost little to nothing.

Personal Insurance/Pensions ($228 per month)
While most retirees are drawing down their pensions during their Golden Years, some still pay for insurance. This helps cover some necessary expenses in the case of their untimely passing, and likely help protect their widow or children should they face a financial shortfall.

Cash Contributions ($191 per month)
This category covers both money set aside for alimony and child support. But the likely reason retirees find themselves giving away over $2,400 per year is because they are choosing to give a portion of their nest egg to various charitable organizations (the third category of "cash contributions") now that they can do so.

Other ($294 per month)
This catch-all category covers everything from books to alcohol to personal apparel. It's always good to keep a little money set aside for such things.

What does this mean for you?
In all, this means the average American retiree (or those 65 and older) is spending about $3,700 per month -- or about $44,600 per year. Using the 4% rule, that would mean a nest egg of over $1 million would be needed to finance the "average" lifestyle.

But that is before any pensions or Social Security are factored into the equation. As of April 2017, the average retired worker received $1,366 per month in benefits, while the average spouse of a retired worker (who didn't work him or herself) got a check for $711 per month. Combined, this is $2,077 per month, or $24,924 per year.

This lowers that amount you have to cover all the way down to $19,676 per year. Using the same 4% rule, that necessitates a nest egg of less than $500,000. While that's certainly not chump change, it helps give solid numbers to Chuck's assertion -- that there's no reason to believe you "need" $1 million to retire comfortably.