The first two are simple arithmetic. The third is much deeper. 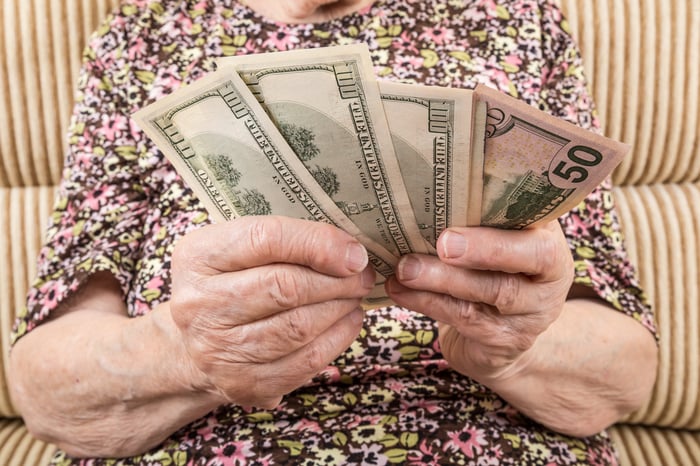 But the reality is that waiting isn't all it's cracked up to be. In fact, if you're considering waiting to claim Social Security benefits, make sure one of your reasons for doing so aren't included below.

You want to maximize your lifetime payouts

The Social Security Administration isn't stupid. They've used actuarial tables to figure out how long the average American is going to live and ensure that overall lifetime payouts will be roughly the same no matter when you claim.

That's because while the 70 year-old might get $21,000 per year in benefits, he or she will also have eight years of receiving nothing, while the early claimer is collecting checks for 96 straight months -- albeit at lower levels. In fact, while the exact numbers will vary depending on your lifetime earnings record, you can see that lifetime payouts don't eclipse earlier claimers until you hit your early to mid-eighties.

You want to maximize spousal benefits

In households where one partner significantly out-earned another, it will make more financial sense for one partner to rely on spousal benefits. But understanding the basic ins and outs of such benefits is crucial.

Consider Taylor and Bailey, who are married. Taylor earned much more than Bailey. Thus, Bailey will rely on spousal benefits. Bailey can't claim such benefits until Taylor does as well. At that time, Bailey's monthly checks will be half of Taylor's. If Taylor passes away first, then Bailey will forfeit the normal payment and just assume Taylor's higher monthly check.

As such, if they want to maximize payouts from the moment they file, it might sound reasonable for both to wait until they're 70. But there is a catch: spousal benefits max out at half of Taylor's benefits at full retirement age, or 66 years old.

Let's say both are the same age. It turns out that claiming at 66 (assuming you both live to the same age) remains the best choice all the way until your 80s, and waiting until 70 doesn't become the best financial choice until once you enter your 90s.

Obviously, if Bailey is younger than Taylor, it makes even less financial sense for Bailey to wait until 70 to claim Social Security.

Of course, the unspoken assumption here is that more money is better. But once you enter your Golden Years -- and hopefully well before -- time and contentment become the real commodities worth savoring.

It's definitely true that you need enough money to make ends meet, and if waiting until you are 70 to claim Social Security is the only way to do that, then you have little other option.

But it's worth exploring what your real level of "enough" really is. It might be far lower than you think. And if that's the case, you should retire as soon as possible. That's because studies that are representative across America's demographics show that retirees are far and away the happiest cohort in the country.

While waiting until 70 to retire might make sense for some, if trying to maximize individual or spousal benefits is your main motivator, it's actually an awful reason to put off what is apparently the most enjoyable part of many Americans' lives.