For many seniors, Social Security benefits are an important source of retirement income. That's why it's not a surprise that a substantial number of retirees make an important decision with the goal of avoiding a huge tax on these benefits.

The only problem is, what some retirees believe is a "tax" isn't actually one at all. 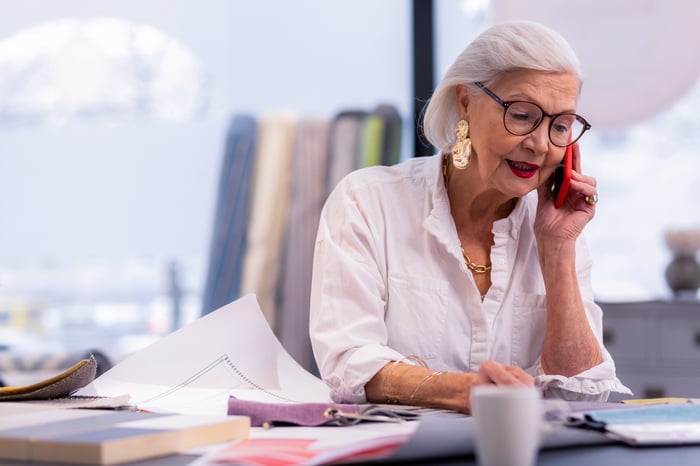 Retirees confuse the retirement earnings test with a tax

For many older Americans, working in retirement is desirable either to provide extra income or to fill time with an enjoyable career. But far too many seniors are afraid to hold a job because of something called the retirement earnings test (RET).

What the RET actually does is temporarily reduce the amount of Social Security benefits seniors receive if they claim them early and earn too much money while they are below full retirement age (FRA). But the rules entitle retirees to get compensation for that lost money in the form of higher monthly benefits later.

Unfortunately, the nonprofit Bipartisan Policy Center reports most seniors familiar with the RET believe it's a tax on earnings above the threshold and erroneously think they'll never get the forfeited money back. If the RET were indeed a tax, it would be an extremely costly one, imposing marginal tax rates between 33% to 50%. And since seniors don't want to see their Social Security money disappear permanently by going to the IRS, it's not a surprise millions forgo working or limit their earnings to below the threshold.

The sheer number of seniors who make employment decisions based on the RET is astounding, though. When the test was eliminated for workers who had already reached their full retirement age, retirees who were no longer subject to it were between 1 and 4 percentage points more likely to work, and the amount earned by those close to the applicable RET thresholds rose between 15% and 20%. Although it's not clear if all of those workers were acting based on the erroneous belief the RET was a tax, it is apparent the test had a profound impact on their behavior.

The sad reality is, most seniors likely wouldn't fear the RET so much if they knew how it works: When you receive your benefits and work while under full retirement age, you forfeit either $1 for each $2 earned above the threshold, or $1 for each $3 earned above it (if you'll hit FRA at some time during the year). When you forfeit your benefits, the SSA withholds entire monthly checks. But for each month you didn't get a check, you will no longer be subject to the monthly early filing penalty that normally reduces your standard benefit when it's claimed ahead of FRA.

Over time, the extra monthly money makes up for the income you didn't get earlier. This is definitely not the case with a tax. And if you can earn enough to forfeit part of your benefits now, you may be better off doing so since the extra boost to your Social Security benefits could really come in handy later in life once you become too old to hold a job.