What Is a Recession?

The idea of recession can be scary, but it may help to understand what it is and how to get through it. 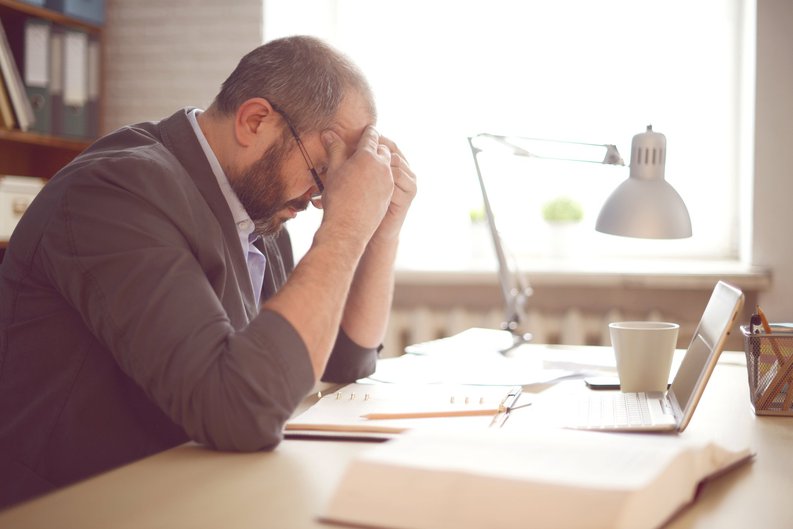 There's a lot going on in the world. In addition to the coronavirus pandemic, we are currently in a recession. Whether you have experienced several recessions as an adult or this is your first, here's what you can personally expect, and how to get through it.

Definition of an economic recession

A recession is a period of economic decline, signaled by an increase in unemployment, a drop in the stock market, and a dip in the housing market. An official recession is not declared until the total value of goods and services in the U.S. (called the Gross Domestic Product or GDP) has been in decline for two or more quarters (six months or more).

Recession in a time of COVID-19

While there are certainly lessons to be learned from previous recessions, there's also a big and obvious difference: None of those economic downturns were tied to a worldwide pandemic.

One important thing to understand about recessions is that they are a normal part of the economic cycle. The last major recession ended in 2009 and recovery began to take hold in mid-2011. According to the National Bureau of Economic Research, the average expansion period lasts around 59 months, or just shy of five years. This is why economists proclaimed we were overdue a recession, even before the novel coronavirus hit.

In other words, we knew that the cyclical nature of business and economic growth would lead us into another recession. What we had no way of knowing was that it would coincide with a once-in-a-lifetime pandemic. That unfortunate combination has led to economic declines of near-historic proportions, including:

What causes a recession?

Depending upon which economist you ask, the United States is currently suffering through either its 45th or 47th recession. What's remarkable is that no two have been exactly alike. There are, however, characteristics that most recessions have in common:

What happens during a recession?

Like a snowball growing larger as it rolls down a hill, a recession gathers power as one economic indicator after another gets caught up. Here's how that happens:

What's the difference between a recession and depression?

A depression is more severe than a recession. A recession marks the contraction phase of a business cycle, when everything slows down for at least two quarters. In contrast, a depression is a prolonged period of economic downturn during which a significant decline in economic indicators occurs. In short, these two factors set a depression apart from a recession:

How long does a recession last?

Although the Great Recession lasted for 18 months, it was unusual. If you take it out of the equation, the other 10 recessions since World War II have lasted between six and 16 months, or an average of 10.4 months. It's important to note that the U.S. economy falls apart and rebuilds itself quite regularly. What set the Great Recession apart from other recessions was how long it took to rebuild. The same may be true of the current recession.

What was the worst recession in history?

Prior to the current recession, the Great Recession of 2007-2009 was considered the most severe. The IMF ranks it as the second-worst downturn of all time, behind only the Great Depression. The Great Recession was fueled by the collapse of the U.S. real estate market, which was caused by a subprime mortgage crisis (banks giving mortgages to people who were clearly unable to repay the debt).

Like the current financial crisis, the Great Recession was the "perfect storm" for a downturn. Subprime mortgages were the first snowball at the top of the hill. Homeowners who had gotten in over their heads began to default on their loans. As defaults dotted the real estate market, home values plummeted and even those who did keep up on their mortgages suddenly lost equity. The stock market quickly followed, with worried investors selling off. Next, banks collapsed and much of the world economy was sucked down with ours.

If you're just getting into the stock market, the first thing you'll need is a stock broker. Browse our pick list to find one that suits your needs -- as well as information on what you should be looking for.

Part of the recovery process included new legislation designed to prevent the same kind of financial crisis from taking place again. While some experts warn that the Trump administration has rolled back or watered down some of these protective measures, a number of protections still stand.

It is safe to assume that once the final numbers are tallied, our current coronavirus-fed recession will take the place of the Great Recession as the worst recession of all time.  There are several reasons for this, including:

How does a recession affect the average person?

A recession will impact us all to some degree. Even if our jobs are secure, it is likely that our retirement accounts will lose value and many of our homes will be worth less than they were prior to the recession. As more people lose their jobs, the number of bankruptcies and foreclosures will go up, meaning some of the homes around ours will stand empty.

One of the longest-lasting impacts of a recession may be emotional. A study published in Clinical Psychological Science found that people who suffered a job-related, housing-related, or financial hardship during the last recession were more likely to show signs of depression, anxiety, and drug use -- years after the recession ended. Those without a safety net are particularly impacted.

Do house prices drop during a recession?

The short answer is yes, for most people, home prices will drop during a recession. In order to predict by how much prices could dip, the real estate company Redfin researched what happened to home values during the last recession. What they found was that the average home value dropped 9% per year during the Great Recession, with single-family homes holding their value the best (losing an average of 8%). Townhomes lost 9.3% value per year, and condos lost 13.1% during the same time.

One reason for the drop in home values involves consumer anxiety. The less secure buyers feel about their jobs, the less likely they are to pay top dollar for a home.

How can you prepare for a recession?

The fact that we know there's a recession on its way can be seen as a positive. It means that you still have a chance to prepare for it. No matter what your current situation is, each of the following steps can help you weather the economic downturn:

How to ride out a recession

There are things you can do to keep afloat and ride out the recession without losing too much ground. They include:

If you are already facing financial difficulties, and your job or health has been impacted by COVID-19, find out where to get financial help. We've also got information about how to claim unemployment benefits in every state in our coronavirus support resources.