Maurie Backman, Jason Hall, and Daniel B. Kline
(TMFBookNerd)
Author Bio
Maurie Backman is a personal finance writer who's passionate about educating others. Her goal is to make financial topics interesting (because they often aren't) and she believes that a healthy dose of sarcasm never hurt anyone. In her somewhat limited spare time, she enjoys playing in nature, watching hockey, and curling up with a good book.

Though being a freelancer gives you a chance to call your own shots and achieve the work-life balance you crave, the primary downside is losing out on the paid benefits permanent employees tend to get. When you work for yourself, you usually get paid either by the hour or for the actual product you produce -- but benefits are rarely part of the equation. And while they're worth giving up, my fellow freelance colleagues and I can't help but bemoan the loss of the following three benefits in particular.

Daniel B. Kline: Paid time off and retirement contributions are certainly perks I miss from permanent employment, but I can make up for those on my own. Health insurance, on the other hand, has been an employee-paid benefit that has not always been easy to replace. 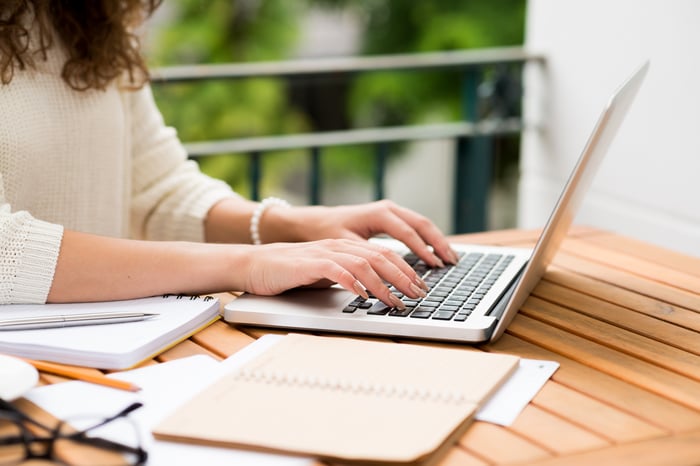 I'm lucky in that my wife, who works for a non-profit, has an employer-paid plan that covers her entirely and pays for some of our son's coverage. She could add me to her plan, but it's fairly expensive.

Over the past five years, I have had coverage direct from an insurer, gotten covered through the "Obamacare" exchange, and currently I'm covered through a business partnership I play a small role in.

The cost of my coverage has gone up for the past three years and my benefits are much worse than they were five years ago. I have a $6,000 deductible, although my co-pays are reasonable and some coverage is exempt from the deductible.

I'm concerned that my current coverage won't be viable next year and that getting individual coverage will be difficult as the Affordable Care Act is slowly dismantled by political forces. I can afford coverage, but it would be a lot easier if my employer took care of it and it wasn't something I had to worry about annually.

Jason Hall: There are plenty of things to love about working for yourself, but I really miss having someone else help kick in money toward my retirement. And every job that I ever had before going out on my own as a writer offered a 401(k) plan, and paid matching contributions. For instance, my last employer would match 50% of my contribution, up to 5% of my salary. So if I made $50,000 in a given year and contributed 5% of my salary, or $2,500, my company would put an extra $1,250 in my retirement account.

And while I almost always contributed far more than just what the company would match, that free money added up over the years and has helped grow my retirement nest egg substantially. And that's something you lose when you no longer have an employer -- at least directly.

But it's far from hopeless. To the contrary, you may actually be better off setting up a SEP IRA, Roth, or self-employed 401(k) and managing it yourself. You'll certainly have access to more investments, and probably at lower costs than many corporate retirement plans allow for. That can pay off with better returns over the long term, too.

But free money -- even in the form of matching 401(k) contributions -- is hard to beat.

Maurie Backman: Don't get me wrong -- I love being self-employed and getting the flexibility that comes with it. But if there's one thing I miss about working as a permanent employee, it's getting paid vacation time.

These days, when I opt to take time off, or am forced to, such as when I have a child home sick from school, I don't get paid for it. This makes it difficult to go on vacation from a guilt perspective more so than a financial one. I'm generally pretty good about saving for vacations in advance and working extra in the months leading up to them to allow for the drop in income. But I often find myself feeling guilty for allowing myself to not work for what could be weeks at a time, since I don't earn money during those periods.

Of course, there's something to be said for enjoying life and not working all the time. Getting away is important, and knowing that helps mitigate the aforementioned guilt. And I'd rather grapple with that guilt if it lets me work from home, set my own hours, and manage family life along with my professional responsibilities.