There are plenty of good reasons to aim for a promotion at work. For one thing, a higher-ranking title often translates to more money, which can come in extremely handy for things like building emergency savings, establishing a retirement nest egg, or paying down pesky student debt. Getting promoted can also make your job more fulfilling, exciting, and just plain fun. And new data shows that younger Americans in particular have high hopes when it comes to getting promoted at their jobs.

In a recent survey of workers aged 15 to 28 conducted for TD Ameritrade by Harris Poll, 13% of Gen Zers expect to land a promotion in less than six months on the job, while 41% expect one in seven to 12 months. Meanwhile, 8% of millennials expect to climb the ranks within half a year's time, while 31% expect to achieve that goal within seven to 12 months. If your goal is to get promoted quickly, here are a few things you can do to increase your chances. 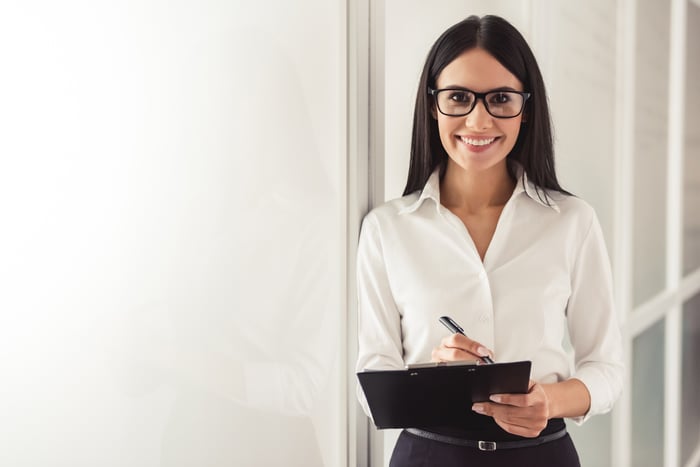 1. Learn the business inside and out

Maybe you're an accountant at your company, or a member of its IT department. While it's a good idea to develop skills related to the specific functions you're tasked with, you should also make a point of understanding your company's inner workings. Figure out how your employer makes money, and how changes to the industry you're in impact your company's success. Knowing these things will make you a more well-rounded employee, which will increase your chances of moving up.

2. Take on more responsibility -- without getting paid for it

In an ideal world, you'd be compensated for taking on additional work. In the real world, you sometimes have to prove that you're worthy of a raise or promotion by first doing that work, and doing it well. The upside? Once you have a proven track record, your employer will be more inclined to reward you with a title change, and a salary boost could very well follow suit.

Playing it safe at work might seem like a good bet, but if you're intent on getting promoted, you may need to step outside your comfort zone and show your employer that you're not afraid to take risks. That could mean volunteering to lead a project in an area you've never dabbled in, or suggesting a radical new way to approach a challenge your business grapples with regularly. The key, either way, is to make it clear that you're willing to take chances that make your life more difficult if it means getting better results.

4. Have a great attitude

The way you conduct yourself at the office could play a big role in whether you're able to jump up the ranks. Having a positive, can-do attitude sends the message that you're the type of person who belongs in a more senior role, while being pessimistic and defeatist will have the opposite effect. And while you don't need to go overboard, it never hurts to simply smile when the opportunity to do so comes up.

There's much to be gained by getting promoted, no matter your industry. And while seniority often leads to that result, you can overcome your lack of tenure by focusing your efforts where it counts.