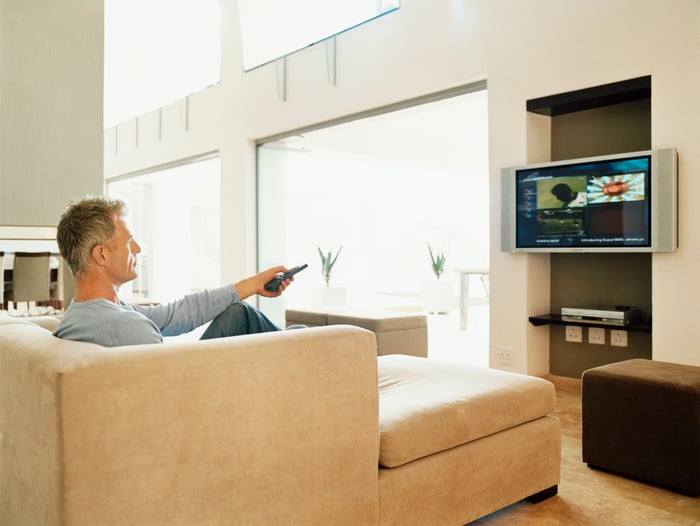 Comcast is gaining customers even as the talk of cord-cutting grows. Image source: Getty Images.

What: Shares of Comcast Corporation (NASDAQ:CMCSA) are up 10.7% so far in 2016, according to data provided by S&P Global Market Intelligence, helped by earnings being much better than investors expected.

So what: Investors may have been skeptical the company could hit on all cylinders coming into the year. But at a time when cord-cutting was supposed to be the norm, Comcast reported a 5.3% increase in revenue in the first quarter and a 6.7% jump in cable communications revenue. High-speed internet is the clear leader, with a 7.6% increase in revenue, but video still grew by 3.9%, and theme park revenue jumped 57.5% on the back of Universal Studios Japan being included in the financial statements.

The death of cable TV has definitely been exaggerated, as indicated by Comcast Cable's adding 53,000 subscribers, and the growth in broadband and theme park revenue has turned Comcast into a strong performer in 2016.

Now what: I think the performance of Comcast in 2016 is more a result of a realization that the cord-cutting phenomenon will take longer than we expected and will be more lucrative to cable companies than we initially thought. With new options like Sling TV, Hulu, HBO Now, and Netflix, spending on media isn't dropping. In fact, it will likely expand in coming years. And given Comcast's hold on broadband and its acquisition of NBC Universal, the company is well-positioned for those changes. Given the tailwinds in media, and the continued growth in broadband and video, I think shares are still cheap at 16 times forward earnings estimates, with a 1.8% dividend yield for investors.