These three moves could boost your tax refund, so take advantage.

Tax planning shouldn't just be something that you do at the end of the year -- it should be an ongoing process. Not only will smart tax planning help you maximize your deductions, but it will allow you to spread out your financial burden throughout the year. With that in mind, here are three moves you can make right now, and when tax time rolls around, you'll be glad you did.

Boost your IRA and 401(k) contributions

For the 2016 tax year, you're allowed to contribute up to $5,500 to a traditional or Roth IRA, with an extra $1,000 catch-up contribution allowed if you're over 50. And you can choose to defer $18,000 of your compensation into your 401(k) or similar employer-sponsored retirement plan if you're eligible to participate in one, or up to $24,000 if you're over 50. That doesn't include any matching contributions your employer gives.

I realize that it's not usually necessary or practical to completely max out your retirement savings allowances. The point, however, is that you can contribute a heck of a lot of money to your retirement accounts, and now could be a great time to throw in a little more.

Aside from the tax benefits, the big reason I emphasize aggressive retirement saving is that most Americans don't save nearly enough. Worse yet, most Americans have no idea of how much they'll need to have in savings for a comfortable retirement. You can read a thorough method of determining your own retirement number here, but to put things into perspective, by using the 4% withdrawal rule that most experts suggest, $1 million in the bank translates to about $40,000 in annual sustainable retirement income.

Also, it's a good idea to err on the side of caution and try and save a little more than you think you'll need. After all, the last thing you want is to be 85-years-old and run out of money.

Fortunately, a little extra can go a long way, especially if you're still a few decades away from retiring. If you put an extra $1,000 away per year for 30 years, you could end up with an additional $95,000 for retirement, based on an historically conservative 7% rate of return. If you can save an extra $2,000 per year, you'd have an additional $190,000. That's a small price to pay for a nice extra cushion once you're retired.

Tax-loss harvesting: It's not just for the end of the year

Tax-loss harvesting refers to the practice of selling investments at a loss in order to offset capital-gains taxes on other investment profits, or to reduce one's overall tax burden.

I'll use a personal example to illustrate this. Back in 2008, I bought First Solar stock for a little over $200 per share. Well, they can't all be winners: First Solar sits at approximately $35 as I write this. If I were to sell my shares, I could use the loss to avoid capital gains taxes on any profitable investments I decide to sell. 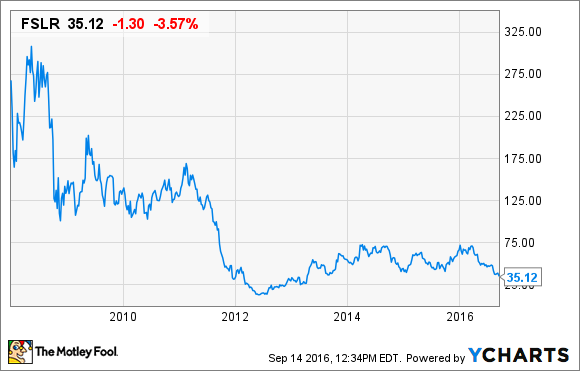 Furthermore, if I don't have any investment profits, I can use up to $3,000 of an investment loss to reduce my other income that's subject to tax. And any amount above that can be carried over until the next tax year.

People tend to wait until the end of the year to do this, but strategic losses can be utilized at any time. Besides, if you get rid of some of your losing investments now as opposed to right before the new year, you'll have an additional three-and-a half months to put that money back to work on your next winner.

Charities could really use your donations now

More than half of charitable organizations receive the majority of their contributions during the last three months of the year. While they're definitely grateful for the donations, it could be extra nice to give them your contribution a little early, when it's been over nine months since their last high-income season. After all, issues like homelessness, hunger, and animal rescue aren't unique to the holiday season.

Besides, why wait until you're spending tons of money on gifts to write a check to your favorite charity? It might be easier to spread your holiday spending out a little bit and take some of the holiday burden off of your wallet.

Charitable giving can be an excellent tax deduction and is one of the largest and most common deductions taken by those who itemize on their tax returns. All I'm saying is that, by making charitable giving a year-round process, you'll take the end-of-year pressure off of yourself and help your favorite organizations even more by giving them the cash when they can really use it. And a great time to start this new charitable outlook is right now.

Why the sense of urgency?

None of these tax moves need to be done right now in order to take advantage of them. You can sell losing investments and donate to charity all the way through December 31, and you can make your IRA and 401(k) contributions as late as April 15, 2017. That's not the point.

Rather, my point is that the smartest move is to start thinking about tax planning (and retirement saving) as a year-long process, not just something that you scramble to do at the end of the year, and for a few weeks every April. By getting a head start on these three things now, you'll have less to stress about as the deadlines actually approach.