For more than a year, the board of Alcoa Inc (NYSE:AA) has been making plans and taking steps toward splitting the company up. And on September 29, it became official: Alcoa is scheduled to become two companies -- Alcoa and Arconic -- on November 1.

Here's a closer look at exactly what Alcoa's split means, how it's going to work, and what it means for investors -- both current and prospective. 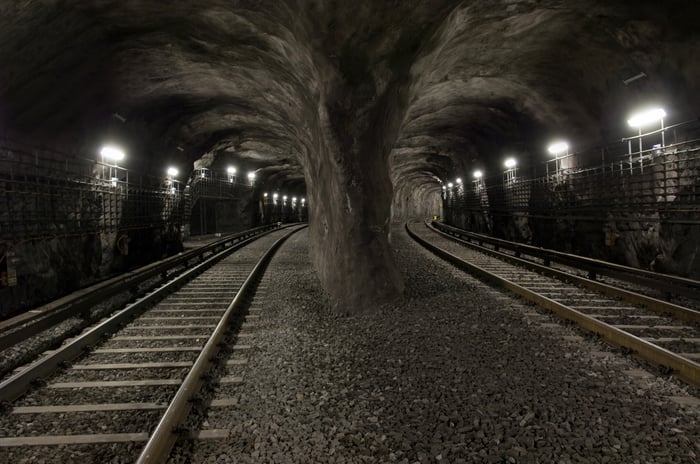 Here's how Alcoa is splitting

The best way to describe this split is that the legacy Alcoa mining and upstream business is being spun out as a tax-free distribution to shareholders of record as of October 20, 2016. The "new" company -- that is, the company being spun out -- will be named Alcoa Corporation, while the existing company -- currently named Alcoa Inc. -- will be renamed Arconic. Arconic will retain 19.9% of Alcoa after the spinoff, with the other 80.1% being distributed to shareholders of record via a stock distribution.

Alcoa has scheduled a shareholder vote on a 1-for-3 reverse stock split on October 5, with the outcome of that vote affecting the total share count of the "new" Alcoa that will be distributed. Here's how it will work out, depending on the outcome of the vote:

On the surface, it may appear that somehow existing shareholders are getting a raw deal by not approving the 1-for-3 reverse stock split, but that's not really the way the math works. Think about it this way: If you owned 300 shares of Alcoa before the split, you'll own 100 after, and you'd get 33 shares of the "new" Alcoa when it was separated from the company on November 1, whether the reverse stock split was approved or not.

It's also worth noting that, during both the reverse split and the separation, no partial shares will be issued. So if your ownership of Alcoa shares won't divide evenly into three, you'll be getting cash for any fractional shares that would result.

Why is Alcoa splitting up?

In short, management and the board think that, by separating the mining and production business and the high-performance materials and engineered products business into separate companies, there will be multiple benefits, including:

These are just some of the reasons touted by management, and in short, uncoupling the slow-growth, commodity-driven legacy upstream business (Alcoa) from the higher-growth, higher-margin engineered products manufacturing business (Arconic), is likely a major reason why it's happening.

October 5: Shareholder vote on the reverse stock split. Shareholders of record as of August 3, 2016 will be voting on this reverse split.

November 1: Scheduled date for separation to become effective and the two companies to begin trading as separate stocks. The existing Alcoa will be renamed Arconic and trade under the ticker ARNC, while the new spun-out company will be named Alcoa and trade under the AA ticker. This is important to note because your existing AA shares will become ARCN, and your new shares will show up in your brokerage account, and be named AA.

October 20: The shareholder of record date for the spin-out of the shares of the new Alcoa. If you plan to sell or buy shares of Alcoa around or after this date, make sure you check with your broker to know how it will affect your rights to a distribution of the new Alcoa on November 1.

Frankly, it's hard to predict any upside to buying shares of Alcoa today, at least based on trying to profit from the split. Between the two future companies, Arconic looks the most attractive, with huge aerospace demand in the coming decade likely to provide a tailwind for that company. The new Alcoa will be heavily affected by the ups-and-downs of bauxite and aluminum prices, like any other raw and basic materials producer.

Furthermore, there's not likely any benefit to selling now if you're interested in owning either of the two future companies following the split. As the separation is currently structured, your tax basis should follow both holdings, meaning you'll have the same profit/loss implications whether you sell now or following November 1. So if you intend to hang on to one of the two companies post-separation, it's probably best to stand pat for now, and sell the company you don't want once the separation is complete.