Orbital ATK (NYSE:OA) is still working on an accounting review to resolve a legacy contract issue. As a result, it was only able to report preliminary numbers for the recently completed fourth quarter of 2016. However, that initial look was a good one and shows that its underlying operations are doing quite well right now, which is a trend the company expects will continue in 2017. 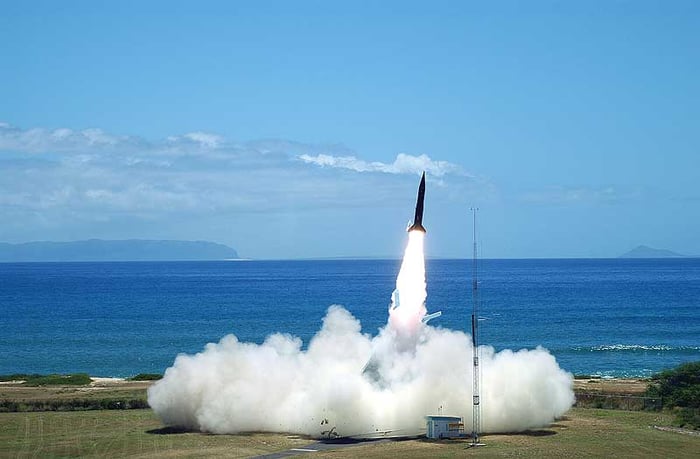 Orbital ATK's 2016 was characterized by solid operational performance, excellent new orders, and strong earnings and cash flow. We exceeded our initial profit margin expectations, free cash flow targets and new business booking goals for the year. In addition, we continued to implement a disciplined cash deployment strategy that included a mix of share repurchases, dividend payments and investments in long-term growth initiatives that will benefit the company in the years ahead.

Despite working through some accounting issues, 2016 was an excellent year for the company on a financial and operational level. One of the highlights was free cash flow, which totaled $360 million for the full year and was above the high end of its $270 million to $325 million guidance range. The company returned $194 million of that cash to shareholders last year, repurchasing $124 million in stock and paying $70 million in dividends. The share repurchases reduced the company's share count by 3.2% year over year and was a contributor to the surge in earnings per share during the fourth quarter.

Orbital ATK expects its financial results to continue marching higher in 2017. The company sees revenue in the range of $4.55 billion to $4.625 billion, which is up 3% from 2016's revenue at the midpoint. Meanwhile, the company expects earnings in the range of $5.80 to $6.20 per share, up 20% at the midpoint. Finally, the company anticipates generating another $250 million to $300 million in free cash flow this year, which it plans to continue returning to investors via dividends and buybacks. In fact, Orbital ATK recently increased its dividend 6.5% and expanded its buyback program by $200 million.