Solid growth potential can be hard to find, but our analysts have been doing their homework. Here are three stocks you can buy today with great growth prospects.

Growth stocks can do wonderful things for your portfolio. The key is finding great companies with solid long-term prospects, and management teams that are capable of driving those businesses forward for years and years.

In our ongoing search for just such quality growth stocks, we asked three of our contributors to pick out ones they think have high growth potential from here, and tell us why. They gave us a unique retailer that's carving out a huge following in Duluth Holdings(DLTH -3.83%), a recovering fast-casual dining darling in Chipotle Mexican Grill (CMG 1.48%), and a gaming and resorts giant, Wynn Resorts (WYNN -1.76%). 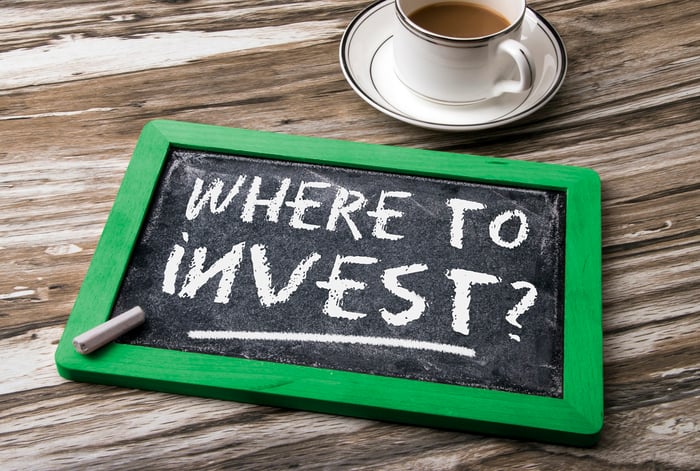 Keep reading to learn why they think these stocks are worth buying now.

Brian Feroldi (Duluth Holdings): It is no secret that Amazon.com is putting the hurt on many retailers, which is making it harder than ever to invest in the sector. Yet despite the depredations of e-commerce, Duluth Holdings has been putting up stellar growth numbers for years and shows no signs of slowing down.

How has it accomplished this? Duluth sets itself apart from other retailers by offering functional clothing and equipment that targets tradespeople in rural areas. The company also markets its products with a sense of humor that appeals effectively to its core customer base. This combination has helped it to develop a loyal following.

It is also worth pointing out that Duluth isn't exclusively a brick-and-mortar retailer. In fact, roughly 78% of the company's sales actually come from online and catalog orders. However, I'd argue that Duluth's big opportunity ahead lies in expanding its retail store footprint. It currently operates just 16 retail stores -- yes,16 -- but it has identified 100 suitable locations for new stores in the years ahead. Management is targeting between eight to 10 store openings next year, which is a pace that it should be able to keep up for quite some time. When adding in the expected continuing growth in the company's online and catalog channels, Duluth looks well-positioned to keep up its rapid growth for the foreseeable future. If that plays out, investors who get in today will likely be well-rewarded for their patience.

Jason Hall (Chipotle Mexican Grill): It's been an ugly year and change for Chipotle, after two separate foodborne illness events in 2015. First, an E. coli outbreak in its produce supplies left hundreds of people sick from multiple restaurants on the West Coast, and just when the company had a plan in place and seemed to be making some PR progress, a sick employee came to work in Boston, and ended up creating another outbreak scare. Needless to say, this has caused a lot of people to shy away from eating at their local Chipotles in the seasons since. But there's some strong evidence that not only is the worst over for the burrito slinger, but customers are starting to come back in a big way.

When management reported fourth quarter and full 2016 results a few weeks back, the headline numbers weren't great, but if you dig down a little, you'll see an extremely good trend unfolding. Comps -- a measure of sales at locations open more than one year -- were down nearly 5% in the fourth quarter. On the surface, that looks bad, but what's missing is the context of how the food-borne illness events unfolded and affected comps in 2015, and how much sales started to recover in the second half of the fourth quarter.

According to CEO Steve Ells, comps were down 20% in October, down 1.8% in November, before turning sharply positive in December, up 14.7%. Even better, the improvement accelerated in January, with comps up almost 25% according to the company's preliminary data.

Yes, it's still early in the turnaround, and even at these higher levels, comp sales are still below 2015 levels and may not fully recover until 2018. Furthermore, Chipotle stock isn't cheap, at 49 times next year's earnings estimates. But those estimates are based on what could turn out to be low expectations if customers continue to return at the levels we have seen the past few months.

As of this writing, Chipotle's stock is still down about half from its all-time high. This could be an excellent time to invest in what remains a great company with wonderful long-term growth prospects while the market is still looking elsewhere.

Travis Hoium (Wynn Resorts): There's a lot working in Wynn Resorts' favor, and the company may be just starting a long growth streak. Late last summer, it added Wynn Palace, a $4.4 billion resort in Macau's Cotai region, to its Wynn Macau and Wynn Las Vegas properties, and that could be a transformational move.

When its operations get up to full speed, Wynn Palace alone could add $600 million to $1 billion in annual EBITDA, a proxy for cash flow from a resort. Also helping Wynn is the fact that Macau's gaming revenue is growing again, and VIP customers, among whom Wynn has a strong market share, are supplying a disproportionate percentage of that growth. Long term, that's a huge tailwind for Wynn, especially with Wynn Palace now open.

In Las Vegas, Steve Wynn is hoping to start construction on Wynn Paradise Park, which would be like an adult amusement park to which Wynn would charge admission. Creating the park would be signal that the company was doubling down on its efforts to boost non-gaming revenue: The entrance fees alone could add $300,000 to $400,000 per day in revenue, according to Wynn.

Finally, there's Wynn Boston Harbor, which will be the company's first foray into the East Coast gaming market. The project will cost some $2.4 billion and is expected to open in 2019. Given these three projects, Wynn has a strong pipeline of growth coming its way, and given Steve Wynn's history of making profitable bets on the gaming market, the company is a great buy this March.