Shares of flooring retail specialist Lumber Liquidators Holdings Inc. (NYSE:LL) are up 12.1% at 3:05 p.m. EDT on May 19 following an upgrade by Oppenheimer analyst Brian Nagel. This is the second positive analyst note and upgrade this month, following the news on May 10 that Wedbush analyst Seth Basham upgraded the stock and increased his target price to $27.

Like Basham, Nagel also increased his price target for Lumber Liquidators stock, but with a far more optimistic price target of $34. Even after today's big jump, that's still a 16% premium over the current price. 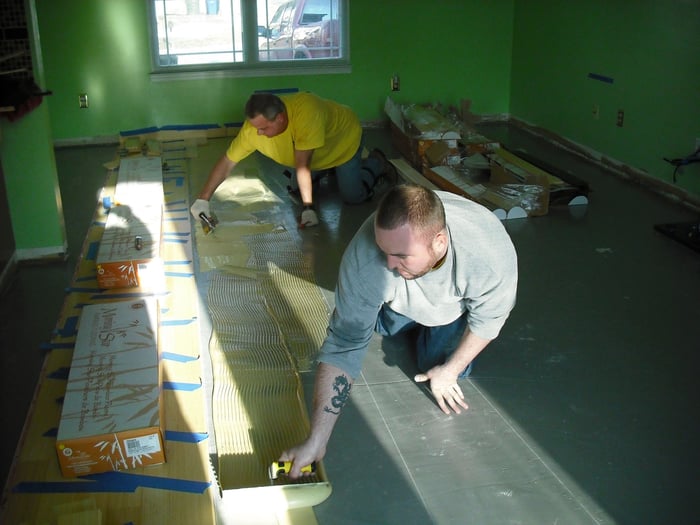 Like his fellow analyst, Nagel's upgrade was due to the efforts of Lumber Liquidators' current management team to turn the company around after a couple of rough years dealing with legal issues and the customer fallout related to its formerly Chinese-made laminate flooring. Not only has it taken steps to secure access to capital as things play out, but it has invested in improving its product lineup, procurement, and improving the store experience. The company has also begun offering professional installation, a move that's turned out to be very popular and profitable.

The other part of the upgrade is tied to the generally positive economic environment the company is operating in. Housing is strong, and a generally healthy economy is creating tailwind that's helping Lumber Liquidators yield positive results. Sales have begun to recover in recent quarters as customers start coming back in greater numbers.

The new management team has indeed made significant progress as noted by the recent analyst upgrades, and the market for its products and services does look likely to remain healthy on the back of a solid and improving economy. But the company isn't out of the woods just yet.

First, it's legal issues are ongoing. It took a $15 million charge last quarter toward a future resolution in its biggest challenge related to the Chinese-made laminate, but negotiations for a settlement have only just begun and there's a lot of work before a resolution is complete (and no guarantees that $15 million will cover the total amount).

At the same time, sales haven't fully recovered, and the company is still losing money. This is partly because of high legal expenses from its ongoing legal proceedings -- costs that will eventually fall -- but it's not the only driver behind the cash burn.

The company only has so much cash and available credit to rely on before it runs out of liquidity. This is a risk investors shouldn't ignore. Lumber Liquidators has made substantial progress and is moving in the right direction, but time is of the essence before taking on more debt or selling stock to raise cash becomes a very real consideration. Either action would cost shareholders in the short term.