Thanks to the current low-interest-rate environment, most banking products such as CDs and savings accounts don't pay very much. On the other hand, many bank stocks pay their investors exceptionally well. While that higher reward requires taking greater risk, it could be well worth it considering that the yields on most banking products don't even match inflation these days. Overall, the sector boasts several high-yield options, though three that caught our eye are Wells Fargo (NYSE:WFC), Royal Bank of Canada (NYSE:RY), and New York Community Bancorp (NYSE:NYCB).

Breaking up is so hard to do

Brian Stoffel (Wells Fargo): Get this: I'm so disgusted with everything that's come out about the behavior at Wells Fargo over the past two years that my wife and I will be switching banks after being with them for 15 years. And yet, I think if you're looking for a safe banking dividend stock, this might be just the place to go. 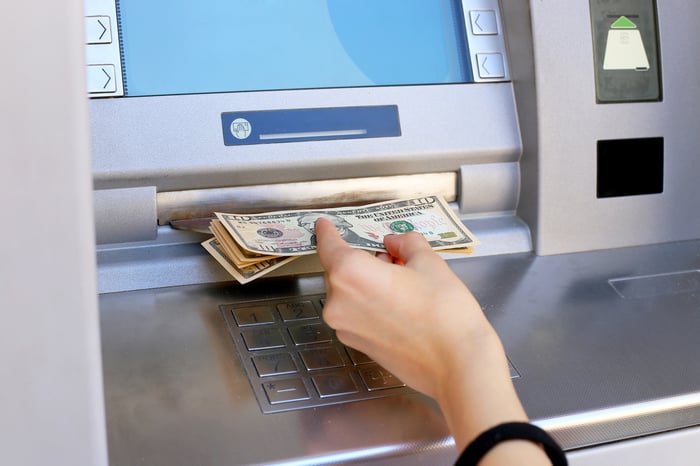 That's because changing banks has already proven to be a huge pain in the neck. Over time, people sync tons of payments with their bank accounts, including credit cards, school tuition, and mortgages; it takes a lot of time and effort to coordinate the transition of all of those obligations. My wife and I know about Wells Fargo's transgressions because I write for the Motley Fool. But most customers don't have the time -- or desire -- to make such a move based on principle. The switching costs are just too high.

That's why the bank, which is the third-largest in assets in America, is still sitting in an enviable spot. It has economies of scale and customers who are more-or-less locked in. And while the stock is still more expensive than Bank of America, Citigroup, and JPMorgan Chase based on price-to-book ratio, it has gotten cheaper over the last three years while the rest have all seen their multiples expand: 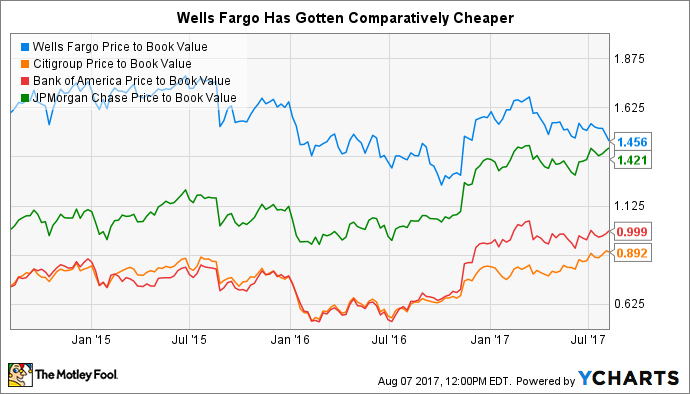 While the current dividend yield of 3% might not seem too high, it's far more than investors have usually been able to score from the company in the past.

Tim Brugger (Royal Bank of Canada): (NYSE:RY) Royal Bank of Canada has a current dividend yield of 3.7%. On top of that, it reports consistently outstanding financial results with each successive earnings release, and last quarter was no exception.

Both the top and bottom lines improved markedly in RBC's second quarter. Total revenue climbed 8.4% to $8.1 billion, and net income jumped by 9% to $2.2 billion. RBC's solid performance also resulted in a lower provision, freeing up cash for other things like its ongoing stock repurchases.

Thanks in part to RBC's solid results and impaired loans shrinking $244.5 million sequentially, its provision for credit losses -- which is representative of the strength of its loan portfolio -- shrank 34% to $238.2 million. Positive performance across nearly all of RBC's business units helped boost earnings per share 11% to $1.85. And, as impressive as RBC's second quarter was, 2017 in its entirety has been even better.

Through the first half of the year, RBC's net income has soared 16% to $4.6 billion, and EPS has jumped a whopping 18% to $3.01 a share. Outside of a 5% decline in insurance service sales, each of RBC's other four primary units improved, including a 12% rise in wealth management sales.

In addition to its stellar 2017, one reason analysts are so bullish is the significant growth opportunity represented by RBC's expansion in the U.S. Better still, the bank has delivered a total annual return of 15% to shareholders in each of the past five years. 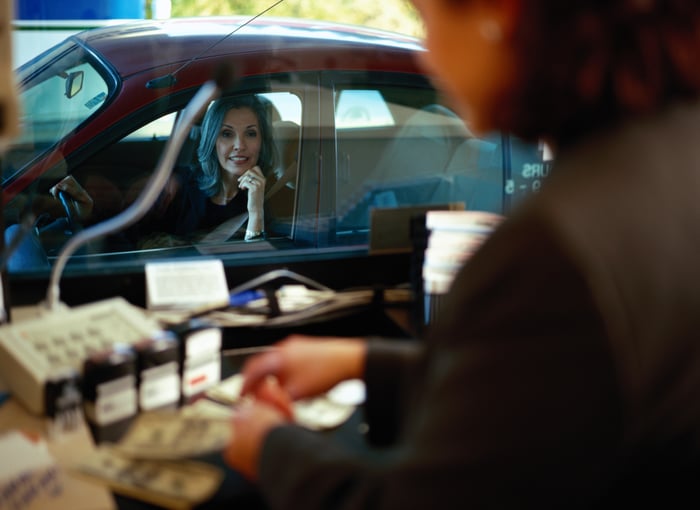 An opportunity to pick up an eye-popping yield

New York Community Bancorp is unique in the sector due not only to its outsized yield but also to its focus. The company's niche is financing rent-controlled apartment buildings in New York City, which default at a lower rate than most other borrowers. While the company attempted to diversify away from this niche by pursuing an acquisition, it abandoned that pursuit last year.

This debacle could be a great opportunity for income-seekers. That's because the market never liked the deal: It would have pushed the company's assets above $50 billion and made it subject to the Federal Reserve's stress tests. In fact, the company cut its dividend last year to help complete the merger. However, while the stock initially popped on the abandonment news, it has fallen nearly 19% since the start of 2017 due to several factors, including the eroding credibility of its management team.

The cloud of uncertainty surrounding what the bank will do next gives yield-starved investors an opportunity to grab a big-time bank dividend for a much lower price. That has the added benefit of providing additional upside potential should the company regain the market's favor.