Alphabet Inc.'s (NASDAQ:GOOGL) (NASDAQ:GOOG) Google has been at the forefront of research into the nascent science of artificial intelligence (AI). The company first delved into AI more than six years ago and has become one of the foremost developers of the new technology.

Innovations resulting from AI have come at a fast and furious pace in recent years. Virtual assistants are found on nearly every smartphone. The self-driving cars being developed by Google's Waymo unit have moved from the drawing board to the streets, and the company is currently testing its early rider program in the Phoenix, Arizona, metro area. This year, Google's DeepMind AlphaGo computer defeated the reigning world champion in the ancient strategy game of Go -- a feat some experts had not long ago viewed as a good seven years away. Now, Google wants to imbue its artificial intelligence agents with imagination. 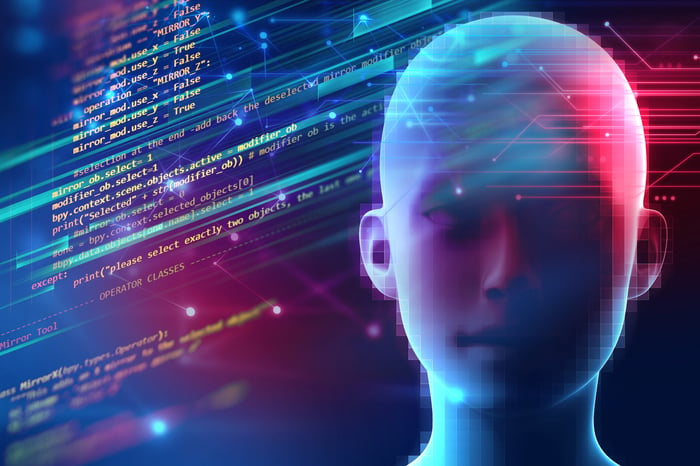 The uniquely human capacity to engage in deliberate reasoning -- considering the consequences of a particular action, and then acting to influence the outcome -- is a function of imagination and a sophisticated behavior that will be necessary for future iterations of AI. The ability to determine "how actions lead to future outcomes in order to reason and plan" is extremely difficult for AI systems to develop, according to a blog post by scientists at DeepMind.

Previous incarnations of AI have become adept at problem-solving given very specific and clearly defined sets of rules. Using advanced processors and massive number-crunching ability, they essentially sift through every possible variation to arrive at the desired outcome at lightning speeds. The real world, however, is much more complex than its digital counterpart -- messy and littered with unpredictability and complexity, which computers find hard to parse.

In order for AI agents to evolve, they must be capable of imagination and reason, and have the ability to construct plans. Researchers at DeepMind believe that the solution is to train their AI to deal with imperfect models. In order to achieve this, their computers run various internal simulations or scenarios, in order to test different strategies without a clearly defined set of rules.

Scientists have constructed a series of methodologies that allow systems to extract useful information from the various scenarios they imagine in order to "evaluate the consequences of their actions before they take them."

The systems were tested against the computer puzzle game Sokoban and a spacecraft navigation game. These simulations required the AI to display reasoning and forward planning to succeed, and the system was only allowed one try to get it right, eliminating the use of trial-and-error. The AI systems imbued with imagination were able to solve 85% of the levels attempted, compared to only 60% for their less imaginative AI competitors.

While this research is still ongoing, the company hasn't developed any real world applications. It is important to remember that DeepMind is engaged in pure research; Google only tries to find practical applications later. The company has been deploying AI in a great many ways to improve the customer experience, increase efficiency, and develop and improve products.

One example involves the energy savings at Google's data centers. Using previously developed AI, the company introduced over 120 condition-based variables regarding its energy usage, looking for a way to increase efficiency. By regulating the servers, cooling systems, windows, and other variables, the system was able to reduce the cooling required by 40% and total energy consumption by 15%, realizing hundreds of millions of dollars in savings.

We don't yet know how Google will benefit from these imagination-augmented AI's, but if history is any indication, we can scarcely imagine.