We square off these two tech titans to see which is the best deal today.

Few businesses are as dominant in their respective industries as Facebook (META -0.76%) and Google. Facebook dwarfs other social media platforms with its more than 2 billion users, while Google is the unquestioned leader in global internet search with a 90% share.

As these companies have achieved their supremacy, they've created enormous wealth for their investors along the way. But which is the better buy today? Read on to find out. 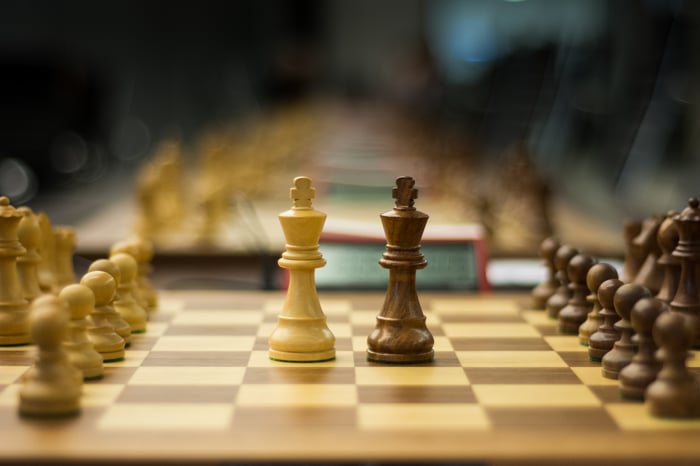 Facebook and Google are incredibly profitable businesses, but let's take a look at some key metrics to see if either one has an edge when it comes to financial strength. Also, please note that Google reorganized itself as Alphabet (GOOGL -0.21%) (GOOG -0.27%) in 2015, so we'll use Alphabet's figures from this point forward. 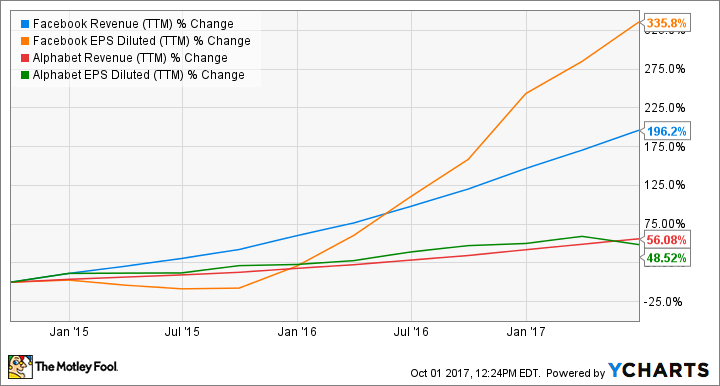 This trend is likely to continue, with analysts forecasting that Facebook will increase its earnings per share at more than 25% annually over the next half-decade, fueled by the growth of mobile video and the social media juggernaut's Instagram, Messenger, and WhatsApp platforms. During this same time, Alphabet's EPS is projected to grow at a 19% annualized rate, driven by the continued growth of mobile search and the company's popular YouTube video site.

For businesses this size -- Facebook and Alphabet's market caps currently check in at $496 billion and $669 billion, respectively -- these growth rates are impressive. But with a significantly higher earnings growth forecast for the next five years, Facebook has the edge over Alphabet.

No better buy discussion should take place without a look at valuation. Let's check out some key value metrics for Facebook and Alphabet, including price-to-earnings and price-to-free-cash-flow ratios.

On all three metrics, Alphabet's stock is considerably less expensive than Facebook's, making the search king the better bargain.

In a close match, Alphabet comes out ahead by a narrow margin. The search giant's superior financial strength and more attractively priced stock puts it a notch above the faster-growing Facebook. These are both excellent businesses, but Alphabet is the better buy today.