Tesla (NASDAQ:TSLA) fans, take note: The big automakers have caught on to the advantages of Tesla's Supercharger network, and they've begun building their own. 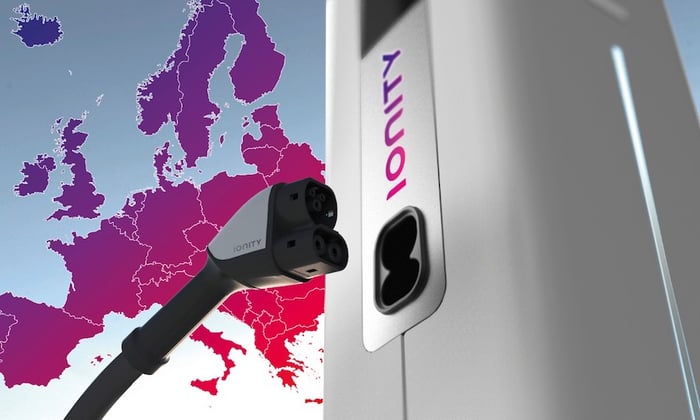 Ionity is a joint venture backed by four automakers that is building a Supercharger-like network in Europe. Image source: Ford Motor Company.

Who is behind Ionity?

Each of the four has an equal share. I say there are four "right now" because --  and this is important -- they are inviting other automakers to join in to help expand the network further. All of the companies involved have long-range electric vehicles in development now.

Ionity is based in Munich, Germany.

What is Ionity doing?

Ionity plans to build and operate about 400 new high-power fast-charging stations for electric cars along major thoroughfares in Europe by 2020. The first 20 stations, to be located in Germany, Norway, and Austria, will open by the end of 2017. By the end of 2018, the company plans to have over 100 stations operational.

Tesla has around 350 Supercharger stations in Europe now; more are planned.

It's important to note that these aren't the usual charging stations as we've seen over the last few years. These are direct-current chargers that use the Combined Charging System (CCS) standard, and they have very high power: Each charging point can deliver up to 350 kilowatts (kW).

That's higher than any currently manufactured electric vehicle can use. But vehicles that can use that level of charging power are in development now.

For comparison, Tesla Superchargers can deliver up to 120 kW per vehicle, the maximum allowed by Tesla's current battery-management systems. The electric Audi SUV that is set to debut next year will be able to recharge at up to 150 kW. Audi has said a 150 kW charger can fully recharge its SUV's 95 kilowatt-hour battery in about 50 minutes. 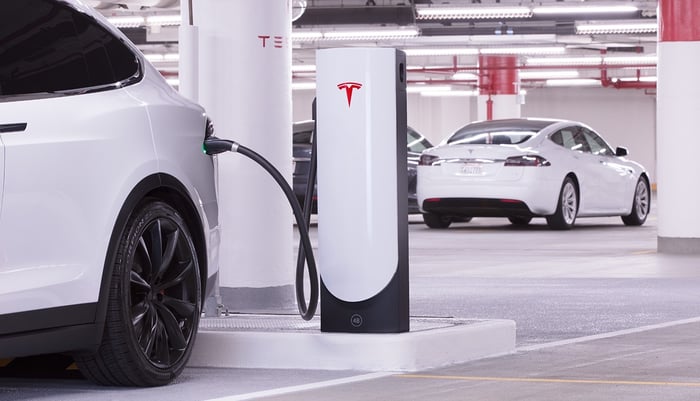 For investors in the four automakers involved, it means that -- at least by 2020 or so -- the lack of high-speed recharging infrastructure won't be an issue for buyers of electric vehicles in Europe.

For Tesla, which has played up its Supercharging network as a key part of the value proposition for buying Tesla cars, it means that selling point is somewhat neutralized, at least in Europe.

More broadly, Ionity is a template for an approach that could be taken by automakers outside of Europe to build out a high-speed recharging network in a relatively short period of time. Will something similar happen in the U.S.? Stay tuned to find out.