The stock market lost ground on Friday, but things ended up a lot better than it appeared they would earlier in the day. The Dow and S&P 500 finished down less than a quarter percent after having seen declines of well over 1% at their worst levels of the day, as news about special counsel Robert Mueller's plea agreement with the Trump administration's former national security advisor sent stocks plunging briefly. After an initial panic, investors seemed to revert to a buy-the-dip mentality. Still, some companies weren't able to make up lost ground, and Zumiez (NASDAQ:ZUMZ), Genesco (NYSE:GCO), and Overstock.com (NASDAQ:OSTK) were among the worst performers on the day. Below, we'll look more closely at these stocks to tell you why they did so poorly.

Zumiez stock finished down 8.5% despite the company's fairly solid third-quarter financial report. Several of the skateboard-focused retailer's business metrics looked good, including an 11% jump in quarterly revenue and a nearly 8% rise in comparable sales. November looked particularly strong for the company, matching the same 8% rise in comps. Yet even though Zumiez did a good job of reining in overhead expenses and other operating costs, a decline in gross margin suggested that the retailer still faces some pricing pressures with its merchandise. To get moving in the right direction, Zumiez will have to keep delivering strong results and make further progress toward controlling costs. 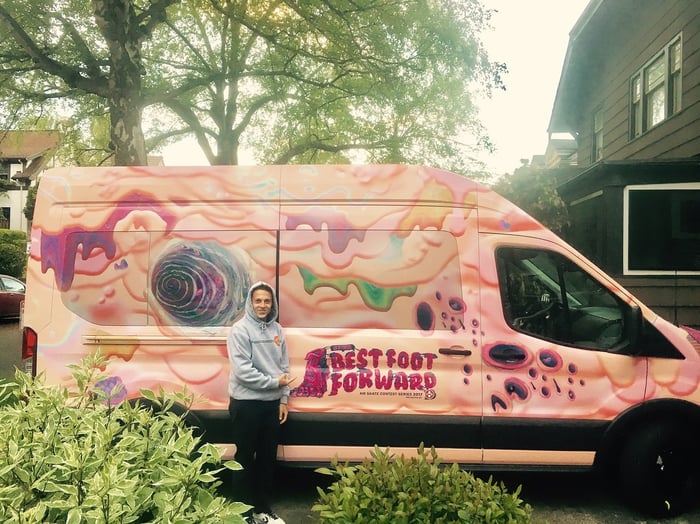 Genesco puts a lid on growth

Shares of footwear and apparel retail specialist Genesco plunged 18% after the company reported some discouraging third-quarter results. The company behind the Journeys, Lids Sports, Schuh, and Johnston & Murphy franchises said that its various product lines had mixed performance, with Journeys continuing to rebound convincingly even as Lids faced additional challenges that hurt the segment's numbers. Genesco CEO Robert Dennis tried to give an upbeat assessment of the retail company's prospects, pointing to good trends over the Thanksgiving holiday weekend. Yet lower demand for NFL licensed merchandise led Genesco to cut its earnings guidance for the full year. Without a better holiday season, Genesco could keep languishing into 2018.

Finally, shares of Overstock.com dropped 10%. The e-commerce company has faced a lot of difficulties over the years, but recently, it has gotten the most attention because of its willingness to accept a large number of cryptocurrencies. Not only has bitcoin surged to record levels, but less popular cryptocurrencies like Ethereum, Litecoin, and Bitcoin Cash are also among the digital currencies that Overstock.com is willing to accept. As long as bitcoin and its peers do well, then that should leave Overstock.com in a good position. Yet some long-term investors fear that being a first-mover in this realm could backfire if bitcoin's success quickly turns to failure.