Investors are likely paying attention to National Beverage (FIZZ 0.54%) these days. The stock is up a whopping 110% over the past 12 months, and its colorful 81-year-old CEO Nick Caporella has a habit of issuing eccentric press releases full of all-caps sentences like, "THE OBSCURE SILVER LINING IS A UNIQUELY-INDUCED OPPORTUNITY." 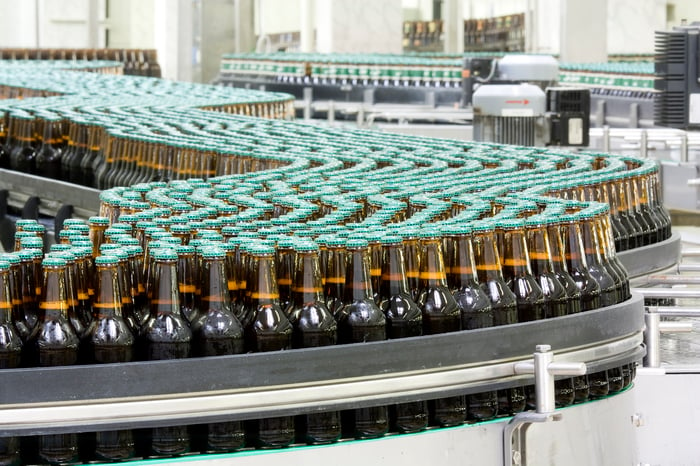 Zuanic incorporates a 25% chance of a buyout in his valuation and values the other 75% on a forward price to earnings ratio. A buyout would make some sense as La Croix could fit nicely into a portfolio of a much larger beverage company such as Pepsi or Dr. Pepper Snapple Group. Coca-Cola (KO -0.21%) looks as though it has already made its sparkling water gambit, buying the lesser-known Topo Chico sparkling water brand earlier this year for $220 million. That's far less than National Beverage's nearly $5 billion market capitalization.