One of the first rules of business is the maxim, "Cash is king." And that's because cash provides optionality. Companies with large cash (and cash-equivalent) piles can more easily invest in research and development, or give back this money to shareholders in the form of dividends and share buybacks.

Therefore, it's preferable investors look for companies with large and growing cash piles on their balance sheets. First, as a shareholder, you're entitled to a pro-rata portion of the company's cash. Second, while not an official generally accepted accounting principles (GAAP) figure, free cash flow -- a metric that measures how much cash a company generates in each period -- is more important than traditional earnings metrics. A recent research report in the CFA Institute's Financial Analysts Journal found cash flow is a better indicator of stock returns than net income. 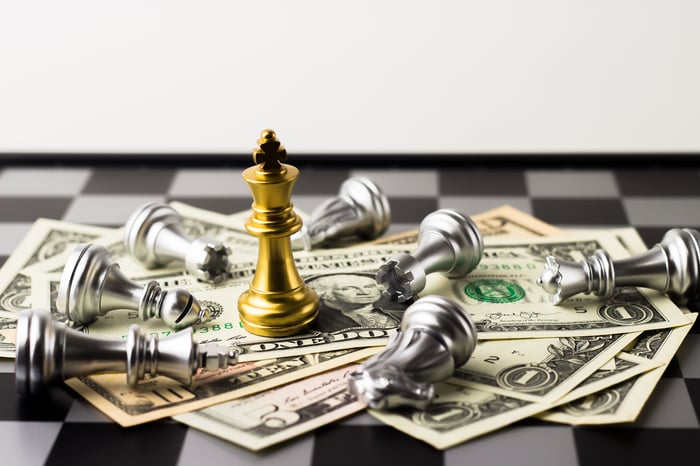 Pay attention to how cash is generated

For investors, it's key to do more than simply find companies with large cash hoards on their balance sheets. There are a variety of ways a company can boost its cash pile. The easiest path is to take out debt.

On the balance sheet, an entry would be made to increase cash, an asset, while recording a corresponding increase in bonds payable, a liability. No economic value (equity) is created, and future operations will need to support the debt's interest obligation.

Another way to grow cash quickly is to convert an asset via a sale. In this circumstance, the sold asset would be removed from the balance sheet and cash would increase. While there may be an increase in cash greater or less than the asset's value on the balance sheet, increasing the cash pile via issuing debt, or by asset sales, are considered unsustainable. In the long run, cash must be generated through business operations.

Too much cash is not always a good thing

Having a large cash pile is not always considered a positive by investors. While it beats the alternative -- not having cash on the balance sheet, especially if a company has obligations -- growing cash piles can signify a potentially lower-growth future. Growth investors sometimes interpret excessive cash piles as an indication management no longer has viable value-creating projects to enter into. Finally, excessive cash can indicate a company has failed to invest in other parts of the business, e.g. research and development (R&D), technology, and employees.

A secondary issue of too much cash on the balance sheet is often that large cash piles lead to suboptimal managerial actions, like stock buybacks when the company is overvalued, failed mergers and acquisitions, or spending huge sums on entering into new businesses when an incremental approach would have been preferable. Two major studies confirmed the curse of too much cash. One from Revelation Investment Research found companies with a large amount of cash foreshadowed poor stock returns the following year. Another study from the University of Toronto found that companies with high levels of excess cash underperformed the market in downturns.

The key is finding companies with large cash piles, adequate investments in the company, and strong management, which are generating substantial cash from operations.

Apple's cash pile is the stuff of legends. Currently sitting at $269 billion, the company's cash holdings have shot up tenfold in the past decade as it redefined the smartphone. Critics counter that the company has also grown its combined debt -- long and short term -- from nothing to approximately $116 billion, as the company has returned approximately $234 billion in cash back to investors in the form of share buybacks and dividends.

However, it would be folly to assume the company will not continue to grow its cash pile. Apple generated $51 billion in free cash flow in the last fiscal year, more than enough to pay for dividends and other cash usage. In fact, a large reason for Apple's debt spree is due to arcane taxation rules that prohibit the company from repatriating cash without generating hefty taxes.

Also, Apple's growing cash pile is not at the expense of research and development. Last fiscal year, the company poured $11.6 billion into R&D. And it's paying off, as colleague Adam Levine-Weinberg notes that the company's recently released iPhone X -- with its next-gen FaceID technology. As my colleague Evan Niu wrote, Apple would be the biggest beneficiary of the GOP tax bill and will save up to $47 billion in taxes.

Although the company's iPhone accounts for the majority of its revenue, Apple's path forward is to focus on growing stickier, subscription-based services to diversify its top-line. Last quarter the company reported year-on-year growth of 34% in its services division. Apple has an ambitious goal of doubling services-based revenue by 2020. If so, this highly scalable, high-margin revenue source should allow the company to continue to grow its cash pile for years to come. 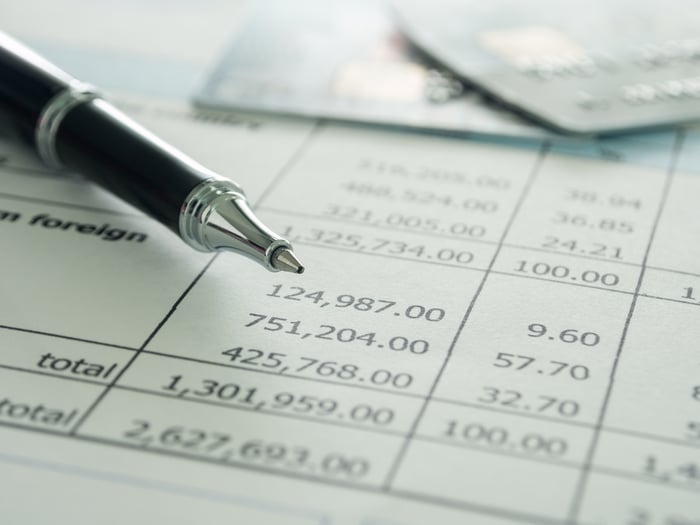 Microsoft has experienced a resurgence under CEO Satya Nadella. Prior CEO Steve Ballmer wanted to expand Microsoft's presence in hardware, a tough business for anybody not named Apple. Instead, Satya has transitioned the company to next-generation technology, like cloud computing, and expanded the Microsoft Office 365 offering, which brings in sticky subscription-based revenue.

One thing Microsoft has always been strong at is generating cash. Software is a high-margin and scalable business, two factors that are great for cash generation. Like Apple, Microsoft generates considerable cash through operations: Over the last 12 months, the company has produced $32.3 million in free cash flow, more than enough to pay its dividend, buy back significant shares, and still grow its cash pile.

There are a few red flags with Microsoft's growing cash pile -- the software maker has also grown its debt, with long- and short-term debt totaling more than $86.1 billion combined. Twenty billion dollars of this debt was added to pay for the LinkedIn acquisition. Under Ballmer, Microsoft could have been a case study for poor acquisitions, with aQuantive and Nokia Mobility.

Expect both to continue: In November, Nadella announced the company would triple its cloud-related capacity in China in an attempt to compete with Amazon Web Services and Alibaba's cloud in the country. The opportunity is large in the Middle Kingdom. Morgan Stanley expects the Chinese cloud market to grow from $2 billion this year to $8 billion in 2020, giving Microsoft considerable tailwinds to continue to grow its cash pile.

In a recurring theme, the company with the third-largest cash pile is also a tech company: Alphabet. The company's enviable search dominance on both desktop and mobile have led to strong cash flow. Additionally, the company boasts the lion's share of smartphone OS market share, which will continue to pay dividends (figurative) in the years and decades to come.

Alphabet's been more selfish with its cash as compared to its counterparts. In the last decade, Alphabet has returned $9 billion in buybacks, but nothing in dividends. As a point of comparison, Apple and Microsoft have paid out $$45.7 billion and $22 billion, respectively, in the last 12 months. The company has also been more judicious with debt, holding less than $4 billion total on its books. Instead, Alphabet has focused on R&D to create new products. The company has been criticized for its "moonshots" -- long-odds bets that should handsomely reward investors.

While these moonshots may add to Alphabet's cash pile in the years to come, so far they have not. Instead, it's the company's Google division that adds to its cash pile. In the short and mid-term, look for that to continue. Advertising market research firm eMarketer expects Alphabet alone will take 42% of total U.S. digital advertising revenue in 2017 with an estimated $35 billion haul. The combination of increased market share and increased digital ad spending will push Alphabet's digital ad revenue to $45.7 billion by 2019, good for 14.3% annualized growth.

Cash rules everything around us

Cash is an important asset, but it's more important for investors to focus on how the company generated the cash and, more importantly, its ability to continue to generate these enviable cash piles. On its own, large cash holding can be a poor reason to invest in a company. However, companies that are growing their cash piles through strong, dependable business operations warrant further investigation from investors. As shown above, Apple, Microsoft, and Alphabet have grown their cash through superior business models. Investors looking for companies with large cash piles should start by evaluating these three companies.