The candy business is a mess for Nestle (OTC:NSRGY), which recently said it intends to unload its U.S. confectionery segment by the end of March. Although it has contemplated making the move since the beginning of 2017, it recently concluded a strategic review of the unit and decided it had to go.

American consumer tastes are changing, switching from sweets to more healthful snacks. Euromonitor International estimates U.S. consumption of chocolate-containing foods fell by 5,000 metric tons between 2010 and 2015. It also expects volumes to continue declining another 1% annually through 2021. 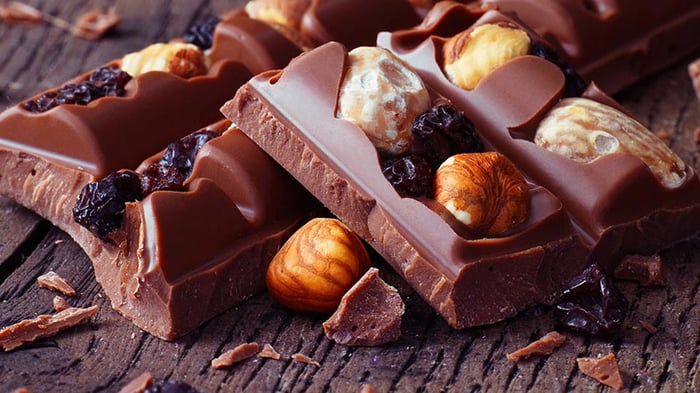 The drop in chocolate consumption is partly why Hershey (NYSE:HSY) agreed to spend $1.6 billion to buy SkinnyPop popcorn maker Amplify Snack Brands (NYSE: BETR), and why Mars, the maker of M&Ms and Snickers, acquired a stake in Kind snack bars with an option to buy the whole company.

Nestle's confectionery business, which includes popular chocolate brands like BabyRuth, Butterfinger, Kit Kat, and Nestle Crunch, as well as candy brands like SweeTarts, LaffyTaffy, and Smarties, has been stuck in fourth place behind Hershey, Mars, and global snack giant Mondelez International (NASDAQ: MDLZ). It's that inability to advance that is said to have spurred the call for a strategic review.

Sweets and candy generated $924 million for Nestle last year, and analysts estimate it could sell the unit for between $1 billion and $3 billion. That's a hefty sum that would seemingly put it within the range of only a handful of potential buyers, though Nestle said this summer it had received a lot of interest.

A handful of contenders

Hershey was rumored to be interested in buying the Nestle unit, but that was before the Amplify deal was announced. The New York Post recently said Nutella maker Ferrero Group was close to buying Nestle's candy business for a reported $2 billion, even though it just acquired Ferrera Candy for an estimated $1.3 billion. If Ferrero did indeed make a successful bid for the Nestle unit, it would immediately catapult itself to being the third-largest chocolate maker.

Another obvious suitor is current third-place denizen Mondelez. However, this summer, when Nestle made known its formal plans to undertake a strategic review of the business, then-CEO Irene Rosenfeld essentially dismissed the idea, saying Mondelez was "quite satisfied with the portfolio we have today." Of course, the global snack giant has a different executive leading the company today, and he may have other ideas.

Mars would seemingly have excluded itself from consideration with its Kind investment, which reportedly valued the snack bar maker at around $3 billion to $4 billion.

A morsel worth snacking on

Even so, the Nestle portfolio is a valuable one, and possibly worthwhile for a company to dig deep to acquire it. Even though chocolate consumption is waning, Hershey, for instance, has still seen growth by using confections to extend its brands. Hershey's four core chocolate brands -- Reese's, Kisses, Hershey's, and Kit Kat (Nestle makes Kit Kat globally; a Hershey division has the U.S. rights) -- were able to generate growth this past quarter by branching out into the snack category and creating treats like Hershey's Cookie Layer Crunch and Reese's Popped Snack Mix.

Hershey is paying cash for Amplify Snack Brands and it already has some $2 billion in debt on its balance sheet, so it may not want to increase that level, particularly as it is assuming the snack maker's debt in its purchase. Yet the Nestle sale might be an opportunity too rich to pass up and allow Hershey to become the undisputed chocolate king in the U.S.

Still, what we may see is several buyers snacking on Nestle's portfolio, taking bite-sized portions that would satisfy everyone's sweet tooth.