Investors in General Electric Company (NYSE:GE) were left sorely disappointed by the stock's performance last year, but 2018 may prove to be a better one. New CEO John Flannery has plans in place to turn things around at the company, so let's look at what to expect from GE in 2018 from an investment perspective. 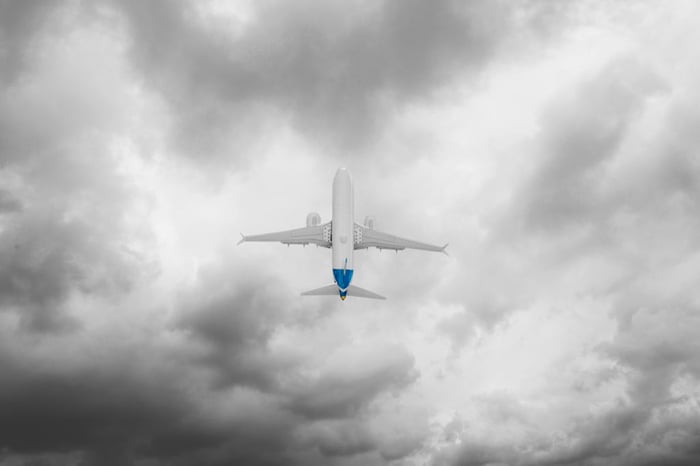 GE Aviation is likely to drive profit growth in the near future. Image source: Adam Senatori for GE Reports.

Three things to look out for

You can think of GE's 2018 in terms of the following objectives:

If you can put aside the pain from 2017, it's worth noting that GE's stock actually had a good couple of years previously -- rising 25% and outperforming the S&P 500 by 16% in the 2015-2016 period. Essentially, the market took a positive view of GE spinning off its consumer finance arm Synchrony Financial (NYSE:SYF) and selling off a host of GE Capital assets. It's not that investors have voted against GE's plans to refocus on its industrial core, but rather that execution and end markets -- principally in power, and oil and gas -- have failed to live up to expectations. Moreover, GE made a series of acquisitions and mergers in the very areas that turned down from an end-market perspective: Alstom's energy assets and Baker Hughes both spring to mind.

That said, the plans to exit noncore businesses (transportation, industrial solutions, current and lighting, and other businesses) and to look at divesting GE's share of Baker Hughes may please the market, and reward investors by releasing value.

GE has been rewarded for restructuring in the past, and may well do so again.

All companies aim to operate better, but in GE's case, there are critical areas to focus on within its core activities:

The interesting thing about these activities is that they largely concern internal execution; this is key because GE's problems in 2017 were largely about weakness in end-market demand in power and in oil and gas. In fact, execution in the other two major segments -- aviation and healthcare -- has been solid. Moreover, aviation is expected to grow operating profit by 7% to 10% in 2018, while the highly cash-generative healthcare segment is expected to produce operating profit growth of 4% to 6%.

All told, investors have reason to feel confident in management's ability to execute on most of its operational plans. However, the tricky question of the power segment needs a closer look.

There's no doubt that end demand in power has weakened since GE's purchase of Alstom's energy assets at the end of 2015. Moreover, it's worse than GE's management thought it would be at the start of 2017. As you can see in the table below, management has downgraded its expectations for shipments of advanced gas path solutions (AGPs) and heavy-duty gas turbines. AGPs are upgrades to existing gas-turbine assets that help expand power capacity, while gas turbines are GE's most important single product.

In addition, power services demand has been weaker than expected, and management has acknowledged that changes in the structure of the power services market caught them cold. "I'd also say there was a dislocation from where the market was going," the new CEO of GE Power, Russell Stokes, told investors in November.

Moreover, it's not clear if GE's power problems are cyclical or structural in nature. A structural problem -- if the increased use of renewables for electricity generation is reducing demand for gas turbines -- would obviously be more of a concern for GE, and is something for investors to consider. Whichever way you look at it, Stokes has a challenge ahead of him in turning the segment around.

GE's latest guidance calls for GE power revenue to fall by 10% in 2018, with operating profit down 25% from 2017. Unfortunately, management was light on guidance for 2019, calling for the power segment to stabilize but for "services flow, equipment flat." Frankly, it's uninspiring guidance and signals the work Stokes needs to do in the coming years.

Moreover, although GE is also a leading player in renewable energy and energy grid storage -- two trends hurting its gas turbine sales -- growth in renewables is unlikely to offset a structural problem in the power segment for a long time yet. For example, renewable energy segment profit was just 4.7% of total industrial segment profit in the first-nine months of 2017, compared to 23% from power.

Given the importance of the power segment to GE's future -- which will only increase as noncore businesses are sold -- the investment case for the stock isn't solid unless the power segment's performance improves. Investors will be focused on its performance in 2018 while expecting ongoing operational execution, particularly with cost cuts and management achieving its aim to restructure the portfolio by exiting businesses.

If GE can achieve its aims, with restructuring actions in place and a power segment on the mend, then this time next year, the stock could be trading at around 18 times its earnings, based on analyst estimates. That would make the stock a compelling investment, but there is a lot of work ahead.