Netflix's business has come a long way. What started as a mail-to-consumer video rental service evolved into a dominant streaming platform and is now emerging as a worldwide force in original content production. That trajectory has helped the company deliver incredible returns for shareholders over the years, with its stock price climbing 55% in 2017 and up more than 6,700% over the last decade alone. That's an incredible performance and one that the vast majority of potential investments will fail to live up to, but there are still companies out there that are in the early stages of delivering Netflix-like returns.

We asked three Motley Fool investors to profile a company that looks primed to turn potential into reality and record huge capital appreciation for shareholders. Read on to see why they picked Activision Blizzard (NASDAQ:ATVI), Impinj (NASDAQ:PI), and BofI Holding (NYSE:AX). 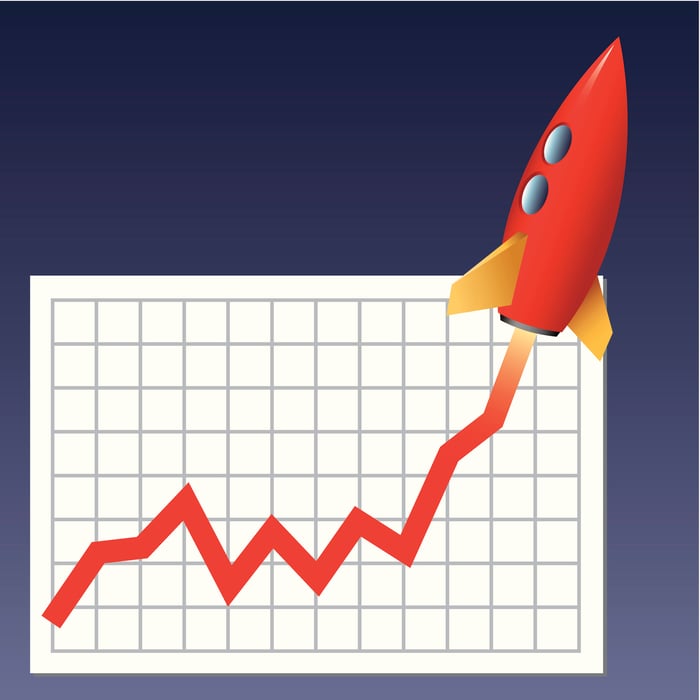 Another winner in the digital entertainment revolution

Demitri Kalogeropoulos (Activision Blizzard): There are some cool parallels between Netflix's business and that of video game developer Activision Blizzard. Both entertainment mavens used to deal in physical media, for example, but are transitioning into a profit-boosting digital delivery model that's unlocking huge new markets.

Activision has a few things going for it that Netflix doesn't: It has always been the main producer of its content, for one, and so the developer has more room to profit from the over 40 billion hours of user engagement it generates on an annual basis.

Here's how that difference translates onto their finances. Netflix is hoping original content like Stranger Things will help it expand profitability past 7% of sales over the next few years. But Activision, through hit franchises such as Destiny, Overwatch, and Candy Crush, is already generating over 30% in operating margin.

That figure should improve as the digital sales channel expands from its current mark of around 75% of the business. Activision's platform has room for significant advertising revenue, too, both from the online ads it is serving to its 300 million casual gamers and from the e-sports broadcasts that promise to attract a global following.

Yes, Activision faces established competition whereas Netflix is basically building the streaming video subscription industry on its own. The game developer, however, has a wider selection of growth avenues available to it and plenty of cash to direct toward extending its dominant industry position.

Tim Green (Impinj): 2017 was a rough year for Impinj, a provider of radio-frequency identification solutions. Several large customers delayed rollout expansions, leading to a severe growth slowdown in the third quarter and contributing to a guidance cut. Impinj expects endpoint volume to drop during the second half of 2017, not a good look for a growth company.

The company isn't quite sure why volumes are declining. "The reasons aren't completely clear to us, but we do not believe our market share has changed materially," said CEO Chris Diorio during the third-quarter earnings call.

While Impinj has some issues to work through, the long-term potential of its technology hasn't changed. The ability to track objects in real time using RFID chips has applications in the retail, manufacturing, and logistics industries, and we're in the very early stages of adoption.

Impinj is a small company, with just $132 million of revenue over the past 12 months. The stock isn't cheap, valued at nearly four times sales. And it isn't profitable, a situation made worse by the growth slowdown. But assuming the issues it's facing are temporary, Impinj's growth story is likely just beginning.

A bank with no branches

Keith Noonan (BofI Holding): The basic investment thesis for Bank of Internet is that the company will be able to consistently generate superior margins compared to banking industry competitors by running an internet-based business that eschews the need for physical locations.

Comparing BofI's expenses as a percentage of net revenue (or efficiency ratio) relative to its industry peers, the stock looks to have a huge runway for growth as it continues to build its customer base. In its most recent quarter, it recorded a 40.5% efficiency ratio, whereas Bank of America's was 59.5% and Wells Fargo's was 65.5% across the same stretch -- a 60% efficiency ratio is typically an indication of a high-performing bank.

Even as the company ramps up its number of support and software development staff, its operational costs will likely remain far below those of leading rivals with a major physical location presence. Only 19% of banks spend less on general and administrative expenses, and the company is achieving a return on equity with its loans that's better than 93% of other banks.

Like Netflix, part of the beauty of BofI's business model is that it's highly scalable at relatively little cost. Its September-ended quarter saw the company produce a roughly 12% year-over-year net income increase, but with a huge addressable market still ahead of it, BofI still has the potential to deliver huge growth over the long term.